Or how to be a fuckgirl

We’ve all heard about the fuckboy.

Fuck that, we’ve all heard more than enough about the fuckboy. We’ve probably all been fucked over by the fuckboy. Okay I’ll stop swearing now, nobody said this article was going to be PC (sorry mum).

You get my point. Fuckboys. Eww.

But this, my friends, is 2016. The year we lost Bowie, Rickman, Cohen, the EU, the world’s respect, our own respect, the world’s most powerful country to the slightly undersized hands of a giant satsuma. Sorry, I’ll get back on point. 2016.

Amidst the tragedy and embarrassment there is good news.

Gone are the days where husbands could lock up hysterical wives. We can vote, we can own houses, we’re on female PM no.2 (not saying I like her), almost had a female president, Europe remains in the hands of a woman. Gender equality is here, sort of. It’s time for one more hurdle. It’s time to fuck the fuck boy. Fuck I did it again, didn’t I.

It’s time we beat them at their own game. Read on, my children, for a simple guide on how to be a fuckgirl. 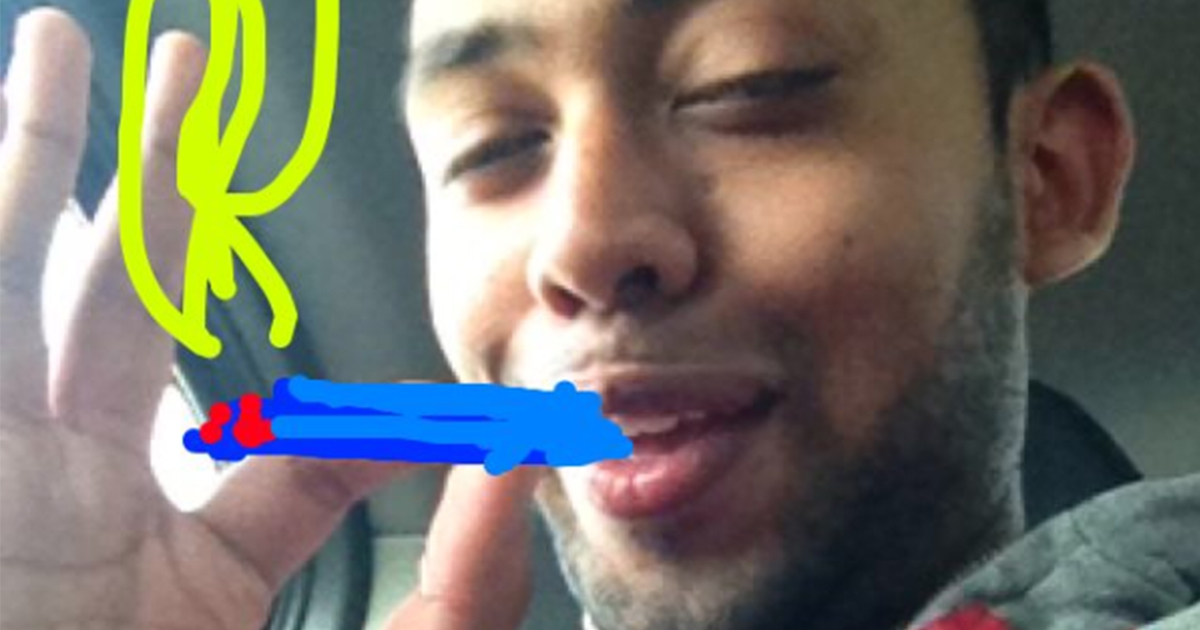 1. Be there. Be everywhere.

Catch their attention. Bat those sultry eyelids. Throw an alluring smile. But above all, choose your target and be everywhere he is. Out of sight, out of mind? Not on the agenda. Get into that head. No that’s not an innuendo.

(This only works if you’re talking to him, creepily lurking around corners will not have the desired effect. Nor will waiting outside his house in the morning. Just find normal, not weird excuses to hang out. Let him see how fantastic you are.)

Fuckboys like being in control. If there’s chemistry there, he’s going to ask to see you sooner or later. Probably sooner. He needs to think he has the upper hand.

I’m talking drinks, not Netflix and chill. Or just jump right in, whatever floats your boat. 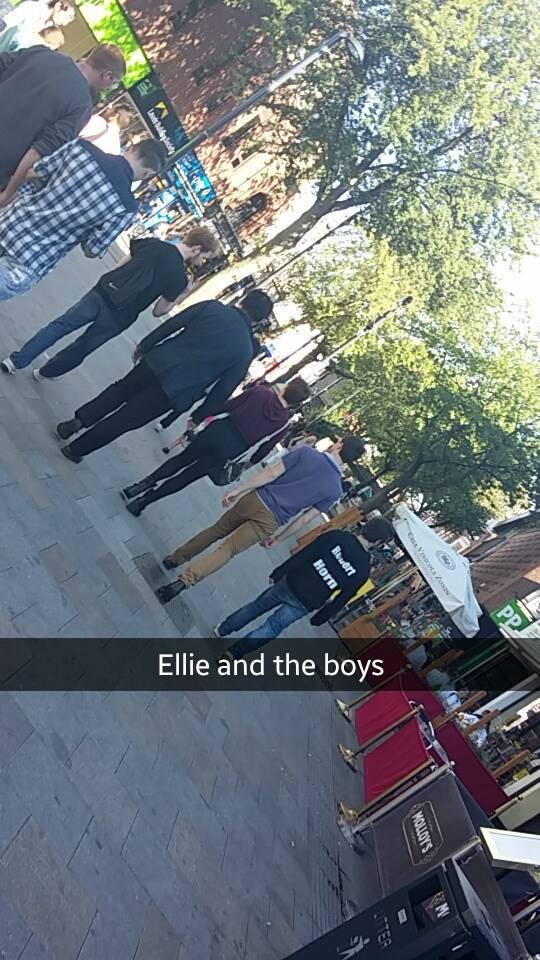 3. Repeat x3 (with different guys, not the same one)

Or more. It depends how much of a fuck girl you want to be. Sky’s the limit, go for broke, have twenty on the go. Maybe not twenty.

Three is a good number. A manageable number. 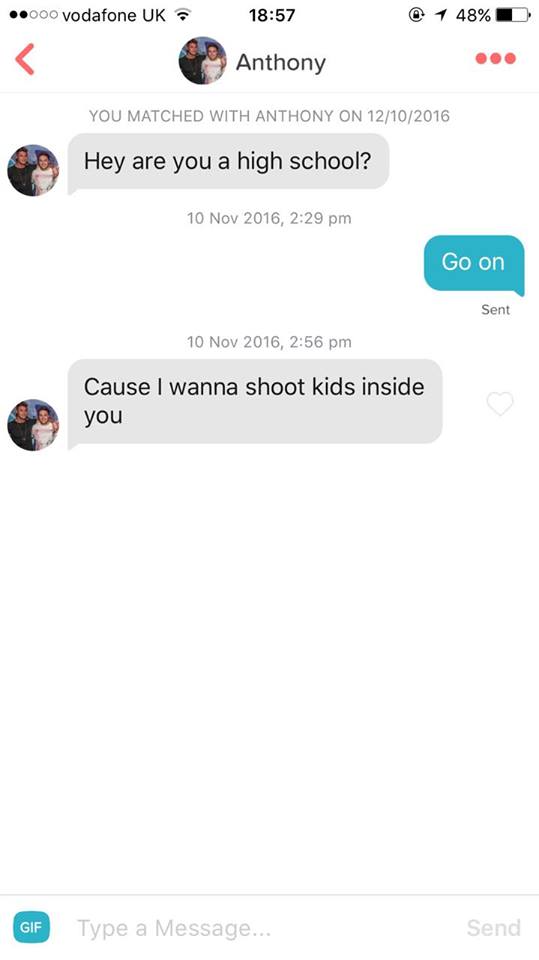 You know the frustration when he suddenly stops replying?

The overnight transformation from boy-with-supersonic-fingers to do-you-even-have-a-phone? That’s exactly what you’re going to do. Take a day, take two. Bless him with the occasional textual flurry then leave him cold turkey.

Excuses include but are not limited to: was busy/ phone died/ lost phone/ shark attack/ alien abduction.

It’s best to stagger them so that whilst you’re ignoring one, there’s another to occupy you. The temptation to text him will be less when fuckboy no.2 is ready to fill his place. 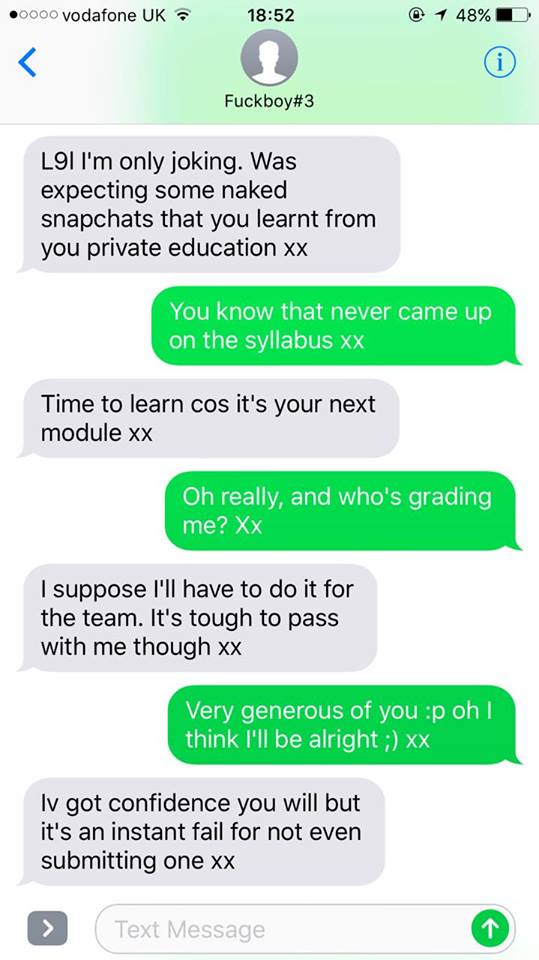 Not literally. Unless you’re really strong. Although it could be fun, let me know if you plan to try, this is something I want to see. Use the numbers to your advantage and hey presto…

Anything they can do we can do better. Being an arse is no exception.*

*This article condones safe sex. Terms and conditions apply. We do not accept liability for STDs or unexpected children.