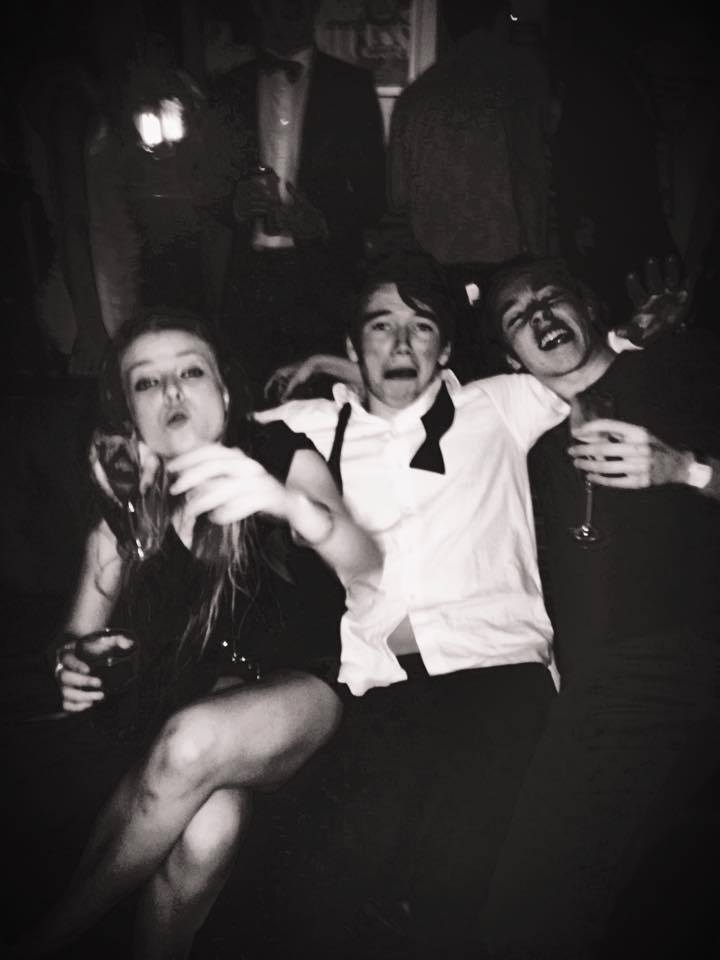 Hey you! Yeah you with the double-barrelled surname and expensive vintage clothing. Did you go to private school, and do you want to spend all your time with other people who went to private school, but avoid the social stigma of being in Wills? If yes, you’re going to fucking love Churchill, where a measly £6000+ will buy you the privilege of never having to leave that sweet one per cent bubble.

Here, no one will make fun of you for doing a gap year, and you’ll know all your neighbours already because you’ve been playing them at rugby since you were 13 – it’s like boarding school never ended.

The elite few descend upon Goldney Hall each year. Promised gorgeous grounds, a Georgian mansion and rooms which don’t feel like post-war Germany cell blocks..They’re smug but they know it, because they get to prance about like fawns in Narnia-esque gardens during the summer. It’s Wills without the future Conservative party members basically. Now fuck off and get off the grass, it’s a registered croquet lawn for Christ’s sake.

115 is also the exact number of steps it takes to get back here from Bunker. 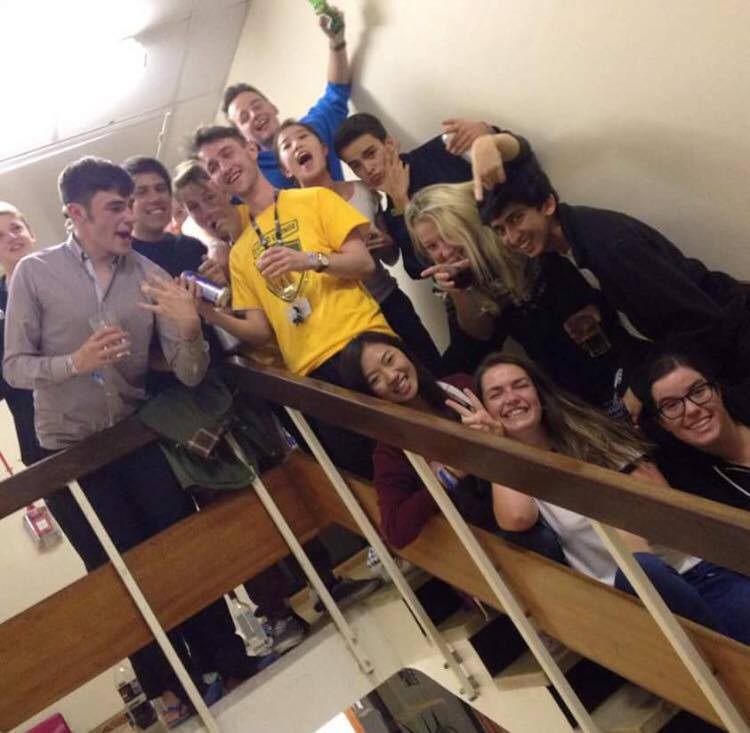 You’d be hard pushed to find a university hall in the country which is in worse condition than Hiatt Baker catered. Crumbling at the seams and resembling a 1960s Soviet council block, no one actually chooses Hiatt Baker, but secretly you’ll love the tiny prison-like rooms, “kitchens” with leaking fridges and broken microwaves and loos which don’t flush.

Even though Hiatt Bakerites spend the whole year in limbo knowing they don’t do enough drugs to be in Badock and haven’t got a big enough estate to be Churchill we’re one big happy family who are content with our mediocrity. And the bus stop is close.

It’s like Hiatt Baker catered but with less food and more room for activities. 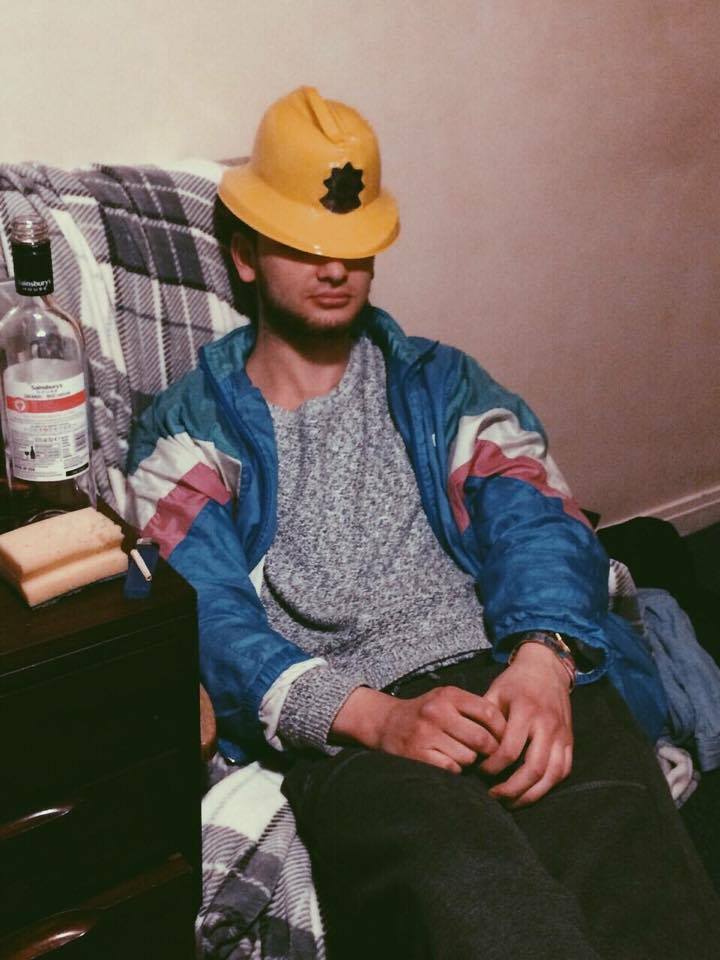 A mystical playground for middle-class kids who are only really in uni to get fucked up for three years before they have a shower and pursue a banker-wanker job in the city.

Everyone here is from North London, did a gap year, went to boarding school and owns a pair of harems. They’d rather smoke ridiculous amounts of weed all day to numb the painful awareness of their pointless existence than attend lectures or seminars, but it’s all good because their dad’s 18th in line to the throne.

Sure we’re down in the dregs of Bristol right next to SWX (R.I.P Syndicate) and sure we have to share a building with a lot of UWE students who glare at you through clouds of smoke as you walk past them. But it’s not all bad: some of them will actually talk to you if you act nice.

Surprisingly, this is one of the few halls with five star availability. According to the facilities section in the website: “Northwell House has common rooms” so, you know, that’s nice.

So what if Northwell House have five star availability and common rooms, accommodation at Orchard Heights comes with “study space”. Although, not much time is going to be spent studying in these classic party halls. If we’re honest, who hasn’t been to a party at Orchard Heights at least once? Just me? Okay then.

Is having a bar in halls really that essential anyway? 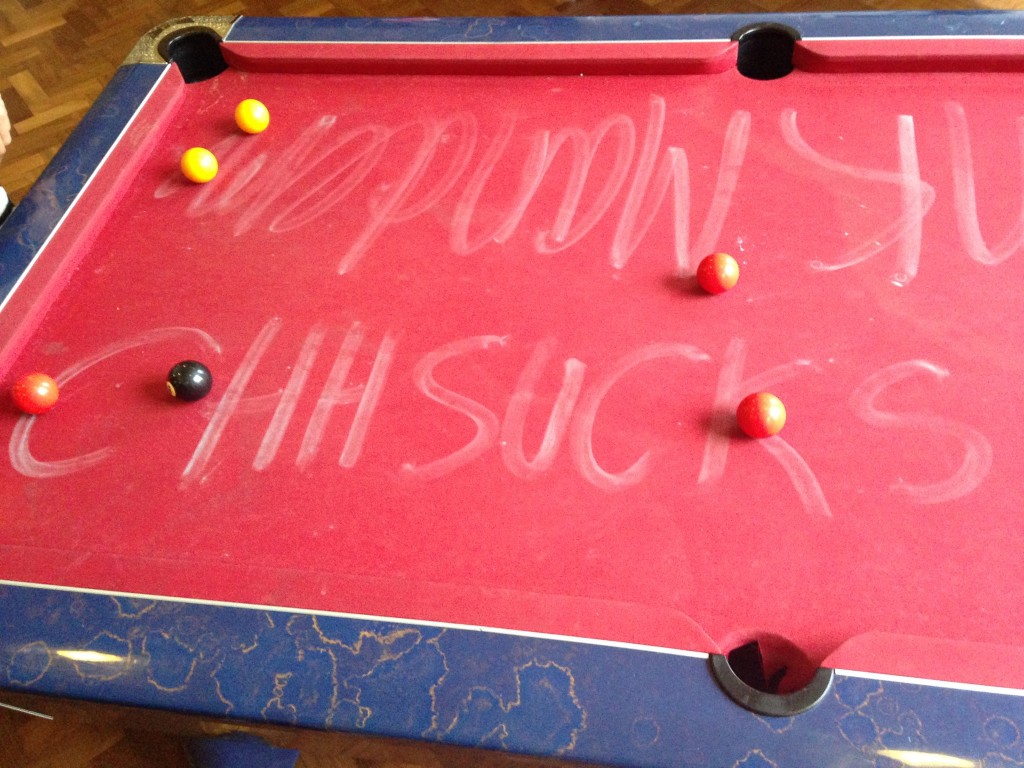 What’s that fine ass lookin place in between the poshos at Goldney and the plebs of Manor Hall I hear you say? Why, that’s Clifton Hill House. Home of the mighty and the proud who know their accommodation is boring and thus strive to outdo their student peers with all manner of deviant deeds. Also we have a piano.

David Walliams was a student here. He swam the channel once for charity. Have you ever done that? I didn’t think so you selfish prick. Manor rules.

I thought this was a cafe? 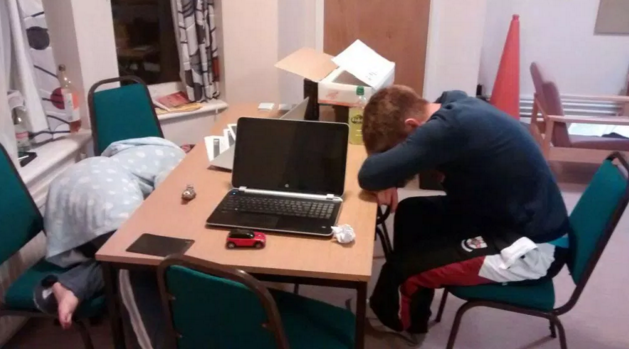 You’ve never heard of Culver.  Even people who live there haven’t heard of it.  And yet it’s so wonderfully weird. Two words: Indoor Garden.  Every walk to the laundry room takes place on a twisty path through some astroturf as the rain comes down from the gutters and patters inside.

You’ve probably heard rumours Culver is a non-drinking house, which is somewhat true. As a result Culver’s pretty chill, small enough to recognise everyone with Unite next door in case you need more excitement. Not to mention you’re super close to uni, so a hungover roll out of bed ten minutes before your lecture is totally acceptable.

My mate’s girlfriend went to Winkworth. That’s about all there is to say really.

I once went to a flat party here and it was alright. 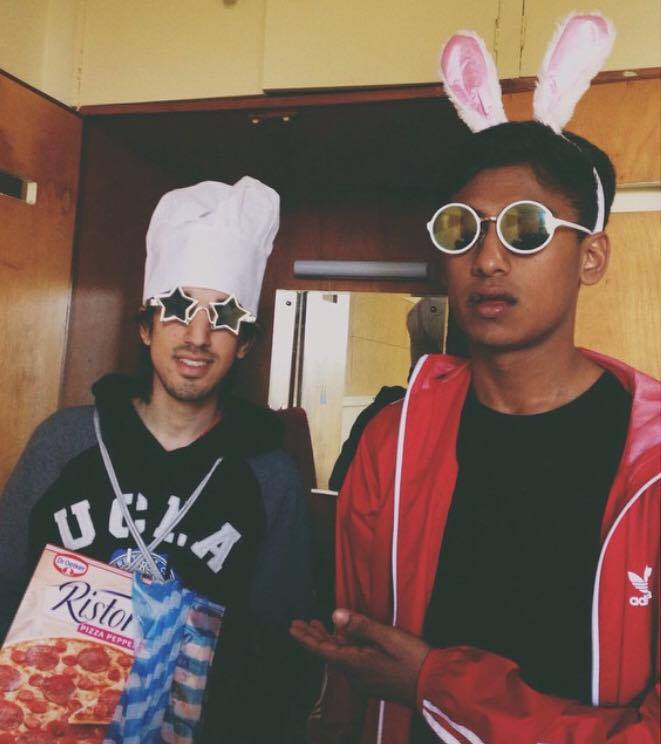 Residents from University Hall will make sure you know they know that it’s not pretty, it’s not glamorous but that they love it for what it is. UH prides itself on its failings, like a sort of anti-halls. Its legendary nights out, its amazing sense of community and its witty supermarket-inspired t-shirts force us to love it…albeit from a distance most of the time.

I once went to a flat party here and it sucked. 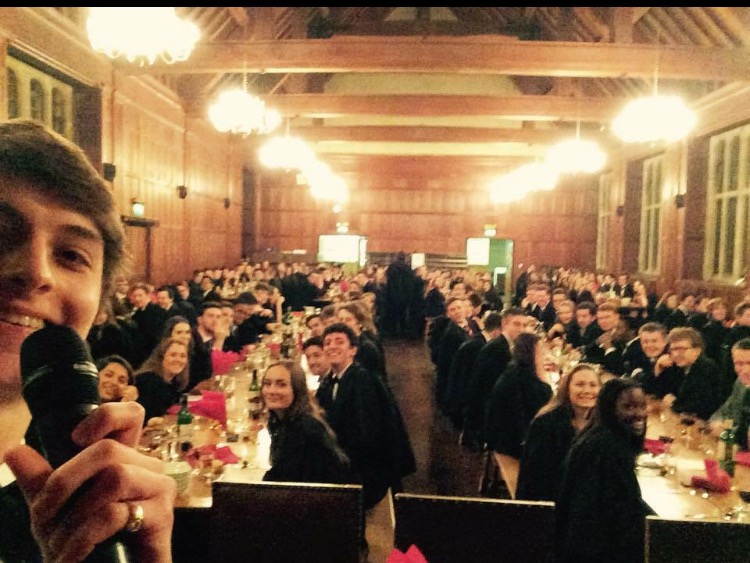 Where did Derren Brown get his magic from? What inspired James Blunt’s song You’re Beautiful? Which are the most oversubscribed halls in Bristol? Wills Hall.

Wills inspires people. Having formals once a week is something the rest of Stoke Bishop dream about. So what if there’s a slight reputation of Wills being rah? So are the rest of Bristol students, they’re just better at hiding it. We’re not ashamed of who we are. Our ski season is something we’re proud of and Thailand was amazing, thank you for asking. Catch us on a night out all together, one huge group, buying each other drinks.

Don’t be put off by the “Rather be in UWE than in Wills” chant. Everyone else is just bitter they didn’t get in (understandably). However, if they wanted to pre with us, we’d be down. 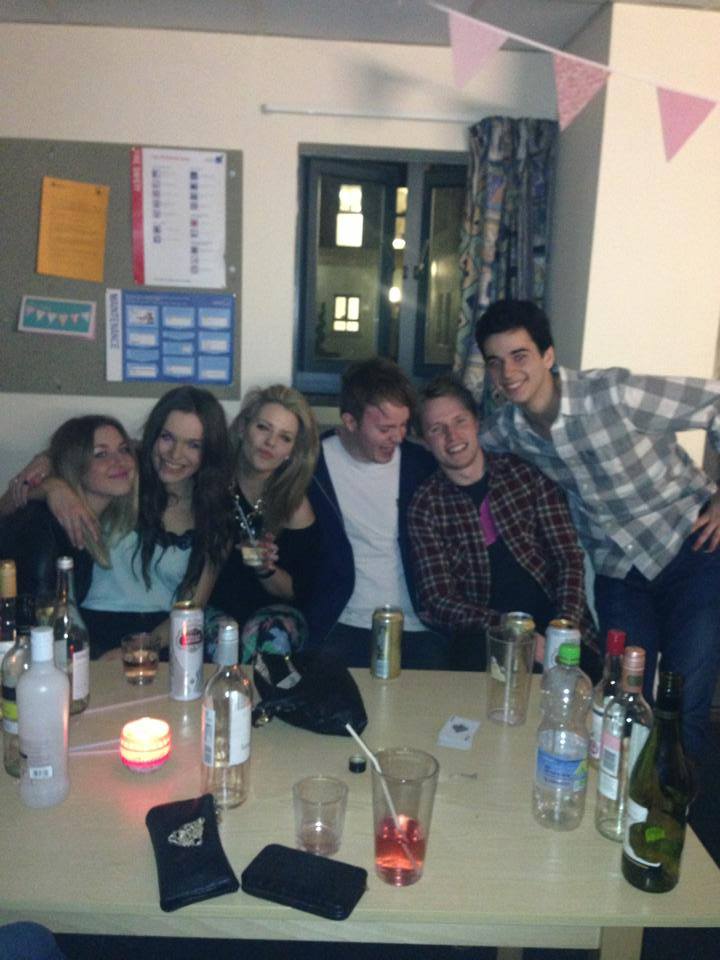 We were given shitty accommodation. And so we united in our misery to live through the year. 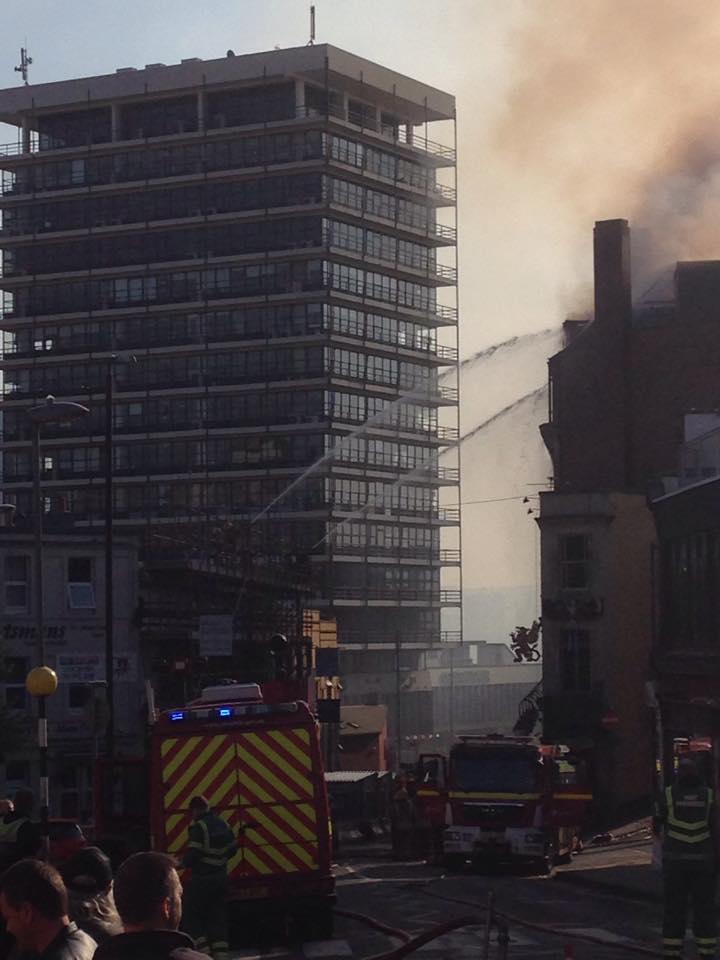 Until quite recently Colston Street wasn’t subject to the mindless shanter of “what your halls says about you”. It remained anonymous like an adopted, hermit sister. It didn’t have the same social rep as Badock or UH, but the kitchen was suitable for gymnastic tumbling and the central location meant I didn’t fork out for a single fucking taxi all year.

The only time there was any form of social gathering was when a fire alarm went off. I sometimes lit up in my room in a subtle attempt to make new friends, but like the smoke, the cold, pissed off crowd of strangers eventually dissipated. Someone probably had a similar idea. Hey ho this acrid, cindered ruin still shits all over Wills.