From the city that gave you Banksy

A man has been caught spray painting the word “WES” on the world famous rocks of the Avon Gorge.

Following in the footsteps of other Bristol artists such as Banksy, the man creatively sprayed WES onto the cliff face of the Gorge, a National Nature Reserve site.

The “tag”, which can be translated from street lingo into  “fine piece of modern art” first appeared on the 8th of June.

Though like many misunderstood geniuses, “Wes of West Country” as he’ll now be known in local folklore, has been unfairly hounded by the press and city. 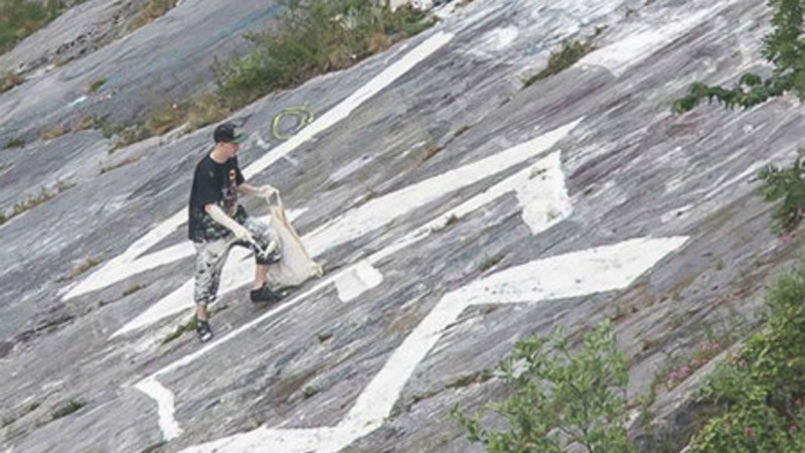 You’ll never guess what his name is

He was caught red handed on CCTV delicately seeing to his magnus opus and the police are asking anyone who recognises him to come forward immediately.

Neighbourhood Sergeant Mark Raby said: “The Avon Gorge is a conservation area and is not the place for graffiti or tagging.

“This is criminal damage which is having an impact on the community and the charity which manages the area.

He’s seen in the photo, decked head to toe in clothes that wouldn’t go amiss on Leonardo da Vinci or Van Gogh, including what has been described online as “very wavey garms” and “skater-hippie fusion”.

Local painter and decorator Jack Simmonds told us that “I have seen his name tagged on shit around the city. It’s usually on really shit things like wheelbarrows! He’s a right bellend.”

Jack was cynical of the artist’s work, and said “The poorly educated fucker must’ve been hit by the nitros oxide of his Wilkos deluxe paint – leading him to daubing his name on a local site of nature, confirming that he is indeed, Wes, a local wanker.” 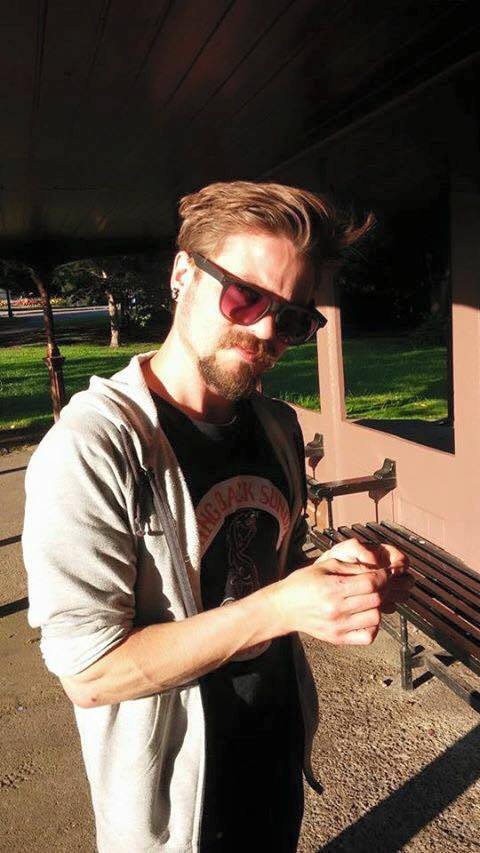 Jack is a local painter and decorator

Jack added the man must be an idiot, for “letting passing planes know that he can spell a shortened version of his own name.”

The National Trust’s Victoria Stanfield, who’s the area ranger for Leigh Woods, told the Bristol Post that the gorge is known for its wildlife.

“In recognition of this, the site is a National Nature Reserve, part of the Avon Gorge Site of Special Scientific Interest and a Special Area of Conservation.”

The infamous painter is still at large and is of yet to be apprehended by the authorities, who we are told, are worried of the influence he might have on impressionable teenage rebels.