There’s more to pole fitness than you think

Don your hotpants and cling on for dear life

Every Wednesday, you’re probably used to seeing sporty-looking people slogging it out on a pitch, track or court somewhere on campus.

What you probably don’t see, is one dedicated group (dare we say cult?) of sportsmen and women who remain hidden away. 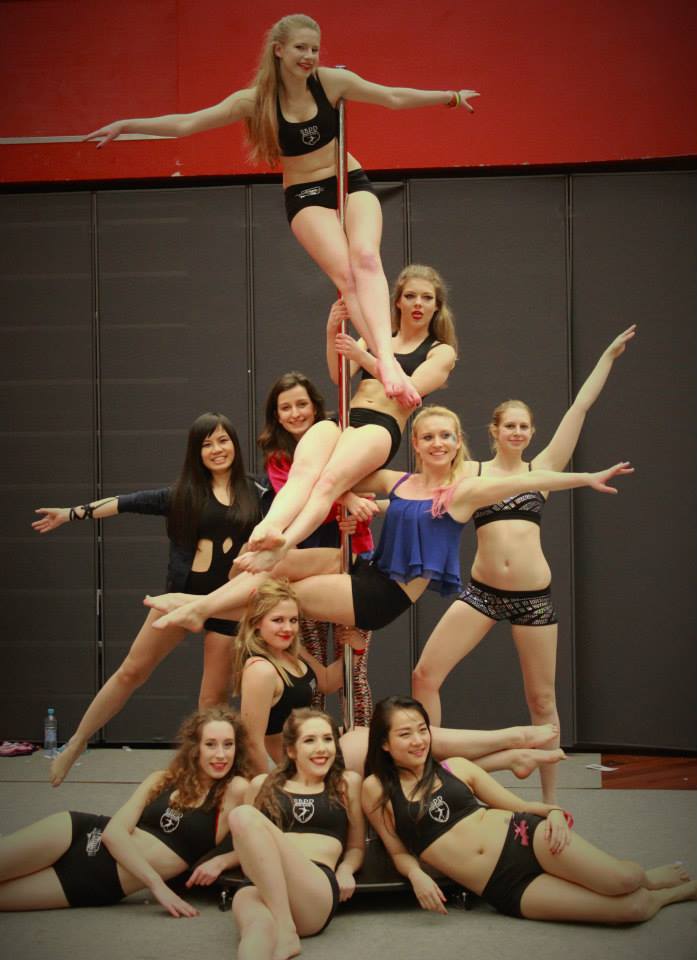 Nestled away in our cosy (sweaty) Hampton Lane studio, wearing more spandex than any right-minded person would own, we work away at a sport that is gruelling and exhilariting in equal measure.

It’s the most fun you can have with both feet off the ground. It’s not easy, and it sure as hell doesn’t involve strutting around in high heels. This is Pole Fitness. 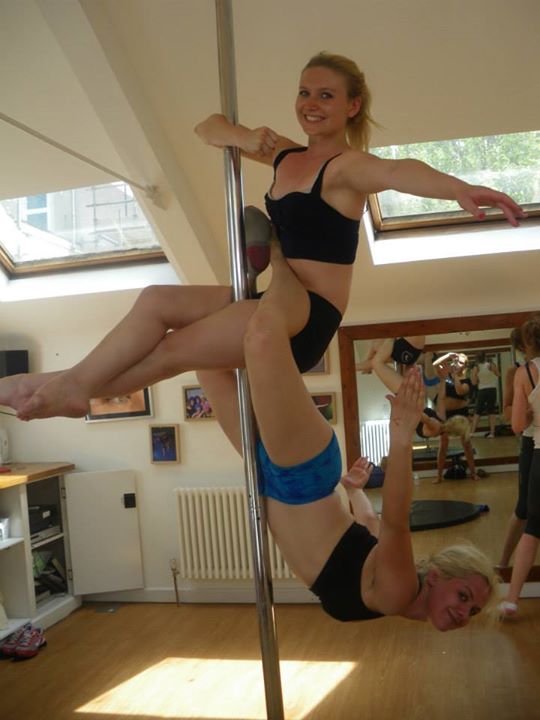 We wear hotpants and crop tops. Why? Well, why don’t you try clinging onto a slippery steel cliff face while wearing leggings that offer all the grip of an ice
cube covered in Vaseline (and all the grace of one too).

If we want to avoid breaking a bone every time we do a routine, we need some skin out we can grip with.

The sweaty hand struggle is real. 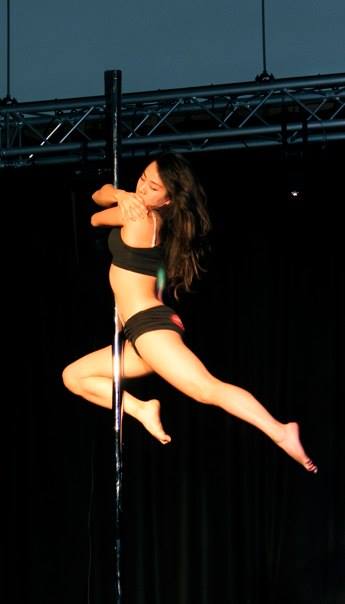 Where there are muscles and spandex, there’s competition, and a healthy amount of it.

We compete at national, regional and inter-university competitions every year, as well as putting on a hugely popular charity showcase at the Union. 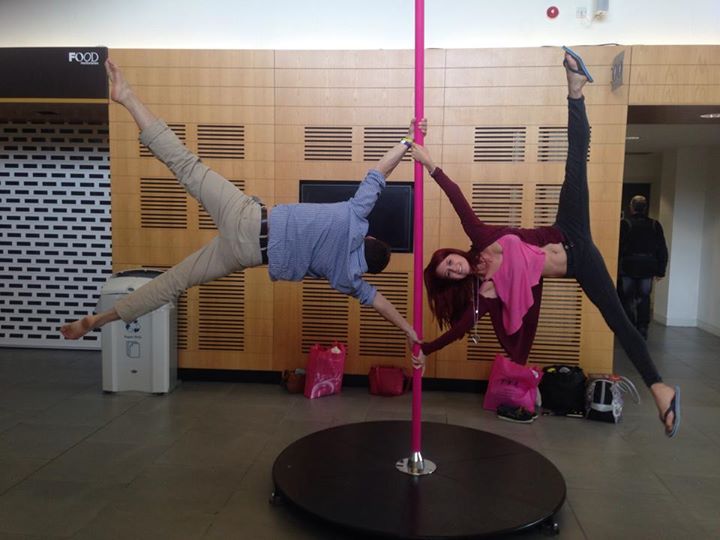 Kassia and Matthew, just hanging out

Everyone has tried to do a pull up at some point, so you’ll know how hard they are. So imagine how hard a straddle deadlift is.

Don’t know what one is? You have to lift your entire body weight up with your arms and then throw yourself backwards into a mid-air somersault. Oh, and do the splits at the same time. 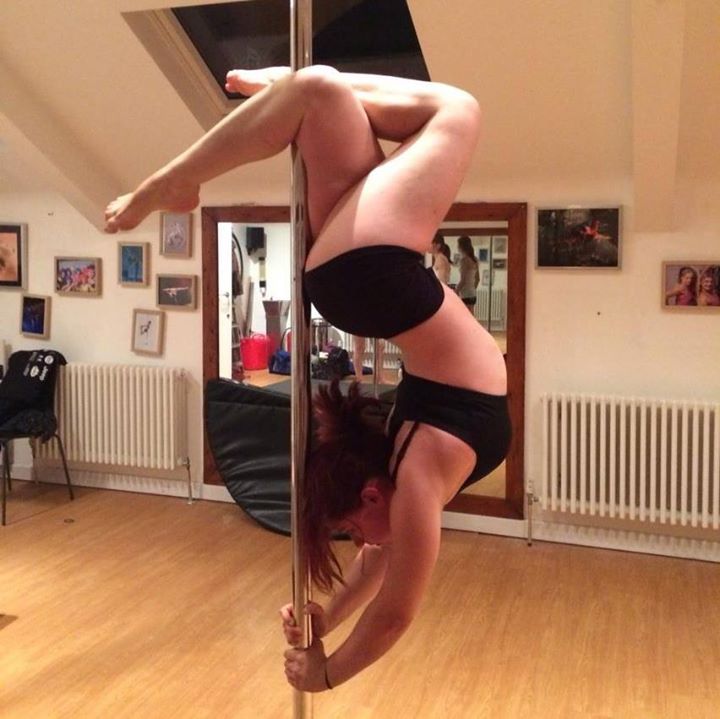 It’s hardly a surprise but pole routines like that do wonders for your flexibility, abs, upper-body strength, coordination, aerobic fitness and, hate to say it, self-esteem.

If you have any insecurities, you lose them pretty quickly after a couple of weeks in those hotpants. 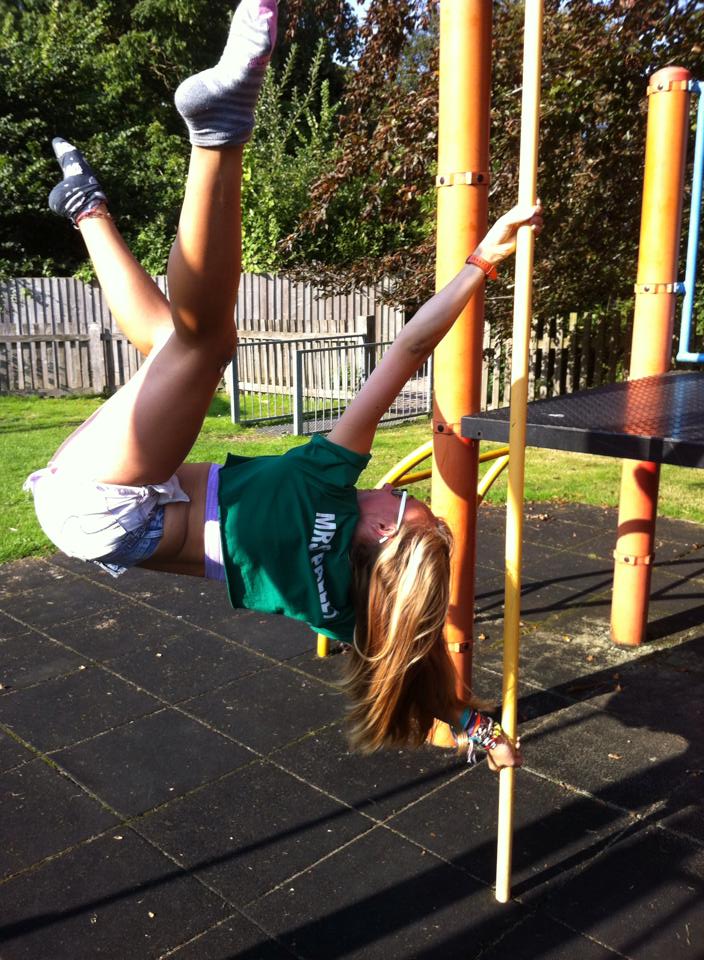 If it’s a choice between holding on and falling on your face, you’ll probably hold on

As a poler, you get fairly used to hearing people say: “So you’re like…really strong then?”

Cue a few minutes of trying to look modest while subtly flexing your killer biceps. This almost always then escalates into demonstrating your skills on a
lamppost or, even better, humiliating an unsuspecting male in an arm wrestle.

What can we say? Some people just walk in the light. 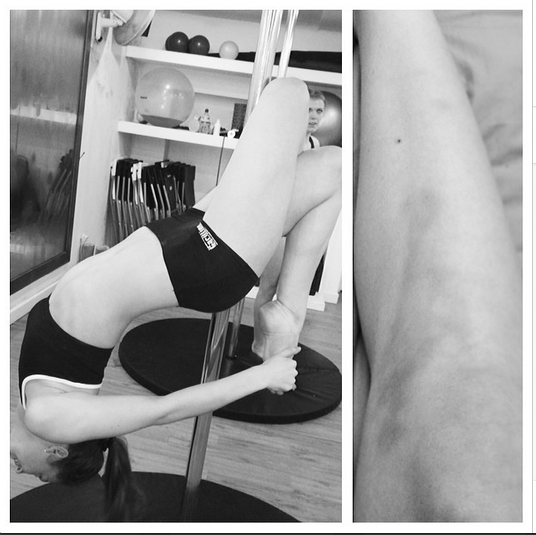 We call them ‘pole kisses’

As long as you’re repeatedly banging your limbs into a piece of stainless steel, you will bruise.

Comparing bruises is an essential part of life as a poler. Solidarity over shared bumps can quickly stray into rivalry over who has the most impressive bruises. 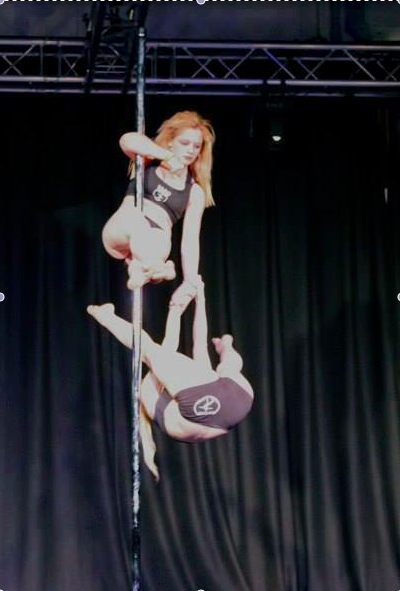 A good trick that all polers should know is to put a frozen baguette on those all-too-obvious injuries.

If that wasn’t enough, you’re guaranteed to develop some impressive rowers’ callouses that you can brag about.

The (lack of) boundaries 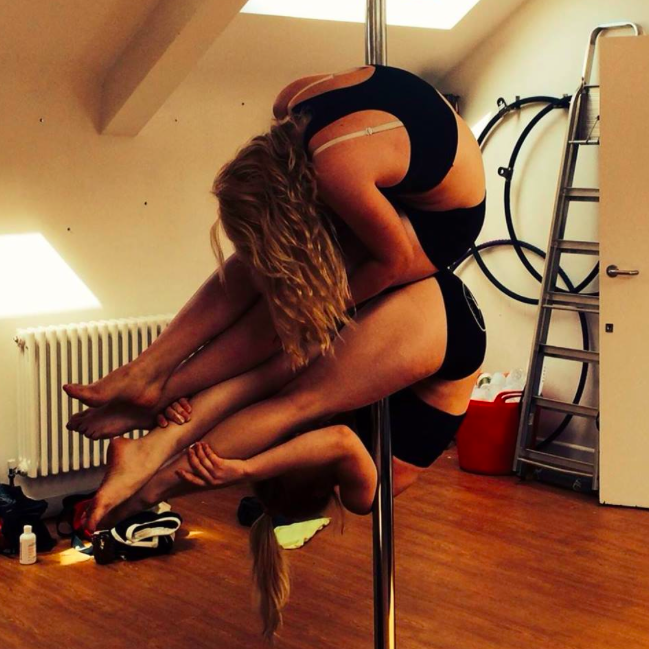 Pole is a tight-knit community, within Bristol and worldwide. Once your pole buddy/spotter has saved you from impending broken-limb-related doom, there are no limits to your beautiful friendship.

Also, performing in pole doubles doesn’t allow a lot of room for prudishness: you have to entwine yourselves physically and emotionally. 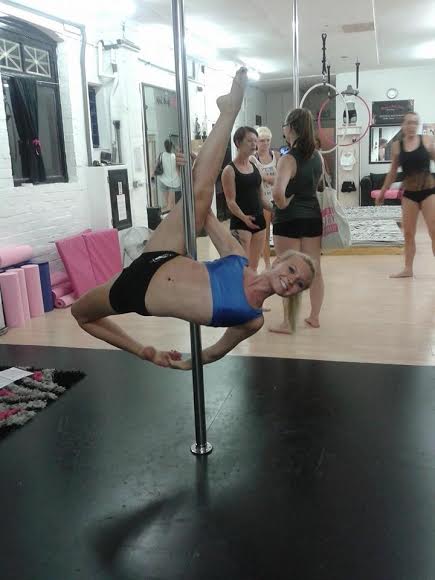 If you think you could be a poler, then join up. And bring your friends, canine or otherwise. 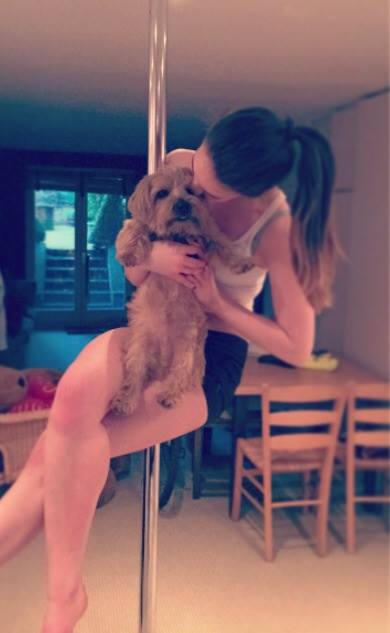