Former Take Me Out contestant Lucy Harrold has even set up her own dating site – BirminghamLove.co.uk – to help her in search for true love

I’m in Birmingham to have dinner with the former Take Me Out contestant and lad’s mag favourite (she’s appeared in Nuts, Loaded and Zoo) Lucy Harrold.

The last time the Tab had me interview a minor celebrity I ended up spending five hours in a Westminster pub with the bloke famous for banging one of the Cheeky Girls. Thankfully I’m not meeting Lembit Öpik tonight.

In an extreme contrast to the former MP, Zoo magazine describes Lucy as “the UK’s hottest single woman”. However, that’s not to say she likes being single. 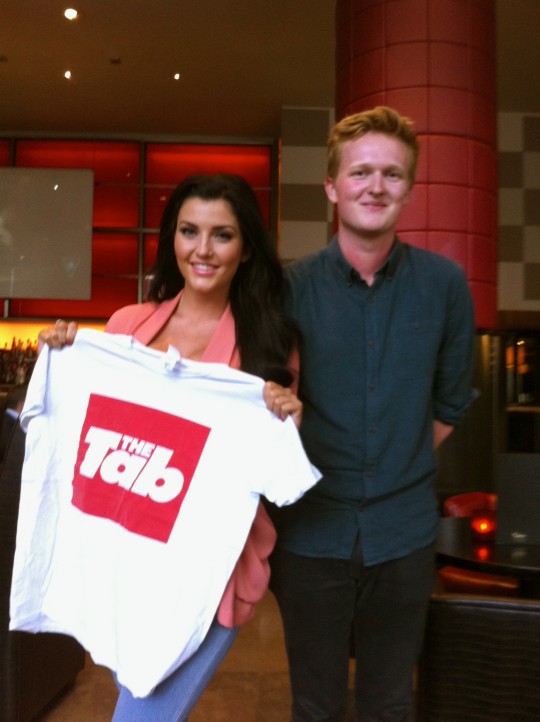 In fact she’s gone as far as setting up her own dating website – BirminghamLove.co.uk – to help her find a fella.

When Lucy eventually arrives (like any true gentleman, I made sure I got to where we were meeting first), I ask her to identify the root causes of her struggles with men. Why does she have such a hard time?

“It’s all about perception. It’s to do with the stereotype of me being a model – it attracts the egotistical Jack-the-lad guys who are after a trophy girlfriend and not an actual person.” 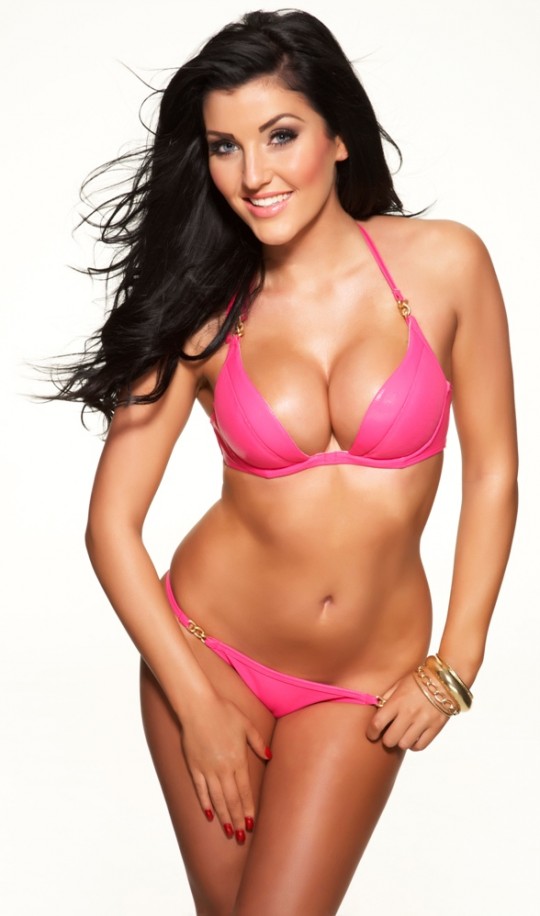 So men get intimidated by you but it’s not the real you?

“Yeah… I feel like there are two of me sometimes, the real me who my friends and family know and the other me which is a false image everyone else has.”

What’s the worst date she’s ever been on?

Lucy laughs a little. “Well, there was this one guy I went on a date with who had Tourette’s Syndrome and didn’t actually tell me about it before we went on the date.

“He tried to conceal it by keeping water in his mouth but he kept making this groaning noise – I thought he had really bad wind, bless him – I drove home thinking it was bizarre, decided to ask him what was going on and he told me he had Tourettes.”

I picture this guy with his mouth full of water trying really hard not to say the word ‘cunt’ while sitting opposite a glamour model in a restaurant in Birmingham. Poor bloke. Was there a second date?

“Yeah there was actually – although I guess that’s not what people would expect of me.” 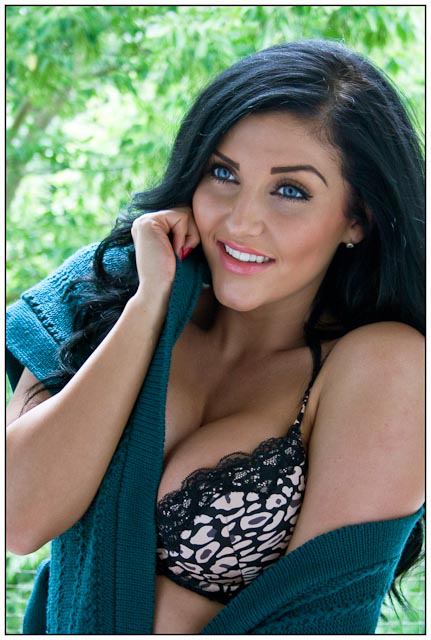 Lucy has set up BirminghamLove.co.uk to help the people of her hometown find true love 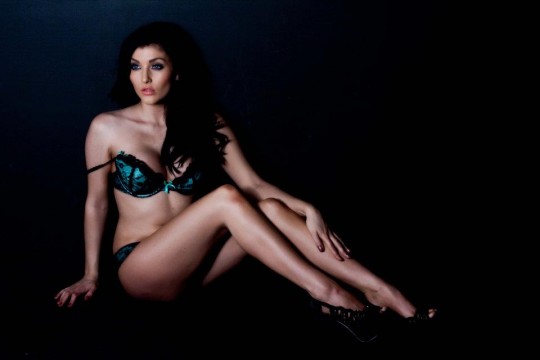 Lucy famously spent fourteen weeks on the highly trivial (and thus highly entertaining) ITV1 primetime dating flesh market Take Me Out. Was she on the show for so long because she’s picky?

“I guess I was quite picky… it’s a bit like Deal or No Deal, you’re thinking do I swap the box? Or do I wait to see who’s coming down the stairs next.”

I ask her if she ever got sick of Paddy McGuiness’ jokes. Apparently not. He’s just “one of the lads” and very down to earth and humble.

Was it competitive between the girls on the show? No again – in fact some of her best friends are girls she met during filming. What about her date on the Isle of Fernando? What was he like?

Politely, Lucy says she knew it wouldn’t work out with him when she ordered a steak and chips on the date and he sat there picking at the leaves of a Caesar salad. 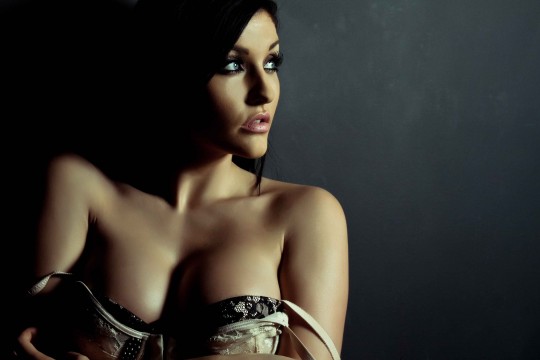 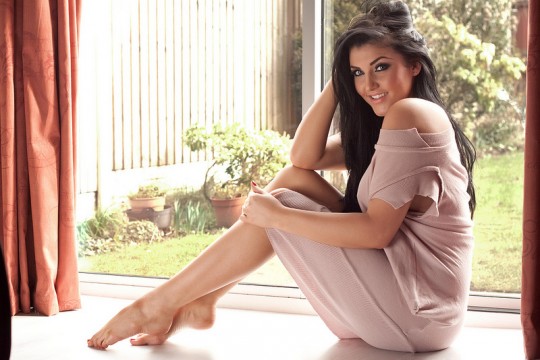 Lucy once dated England rugby star Danny Care, but is still looking for her Mr Right

Lucy goes on to tell me about the time one hundred former contestants on the show hired a mansion in Wales.It made the front page of The Sun.

It sounds like what would happen if the budget for The Wolf of Wall Street was cut by three-quarters and the film itself was exclusively acted out by people who have been on ITV2 a few times. 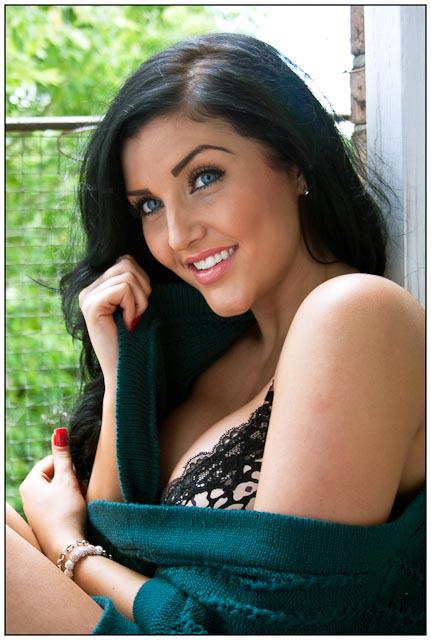 In preparing for this interview I’ve taken one for the team and done loads of research on glamour modelling, so I know that the practice of taking photos of nude women does have a long and noble tradition, at least if Wikipedia is anything to go by.

Glamour modelling is the only thing that kept our brave boys going in World War Two. “During WWII pictures of scantily clad movie stars were extremely popular among American servicemen,” the online encyclopedia claims – take that Adolf! 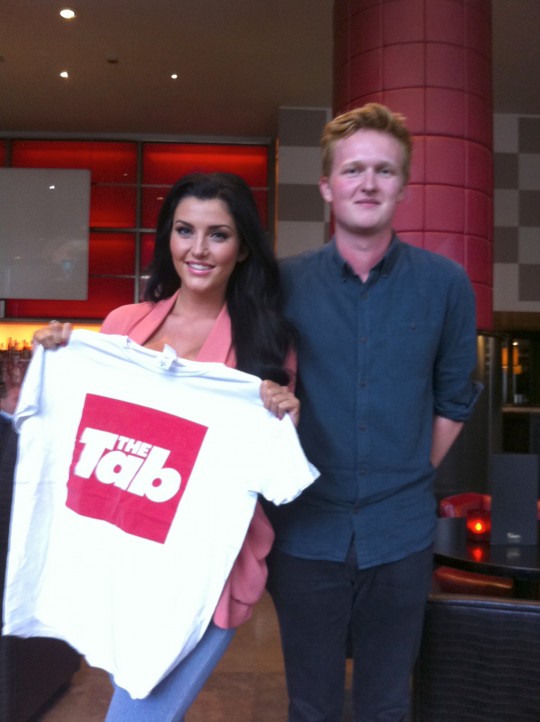 However, these days it’s a profession that attracts controversy and preconceptions at every corner.

Bearing this in mind, does Lucy regret choosing a career in glamour modelling over university?

She laughs. “I was supposed to go to university but I didn’t. I did my modelling instead. I was going to university to study law, I wanted to be a lawyer.”

“I did a photoshoot before I went, just for fun and just fell in love with modelling.

“I’m glad I didn’t go to university. You’re either a studious person or you’re not. I had the intelligence but I’d rather be out partying than writing essays. I probably would have wasted my time at university.” 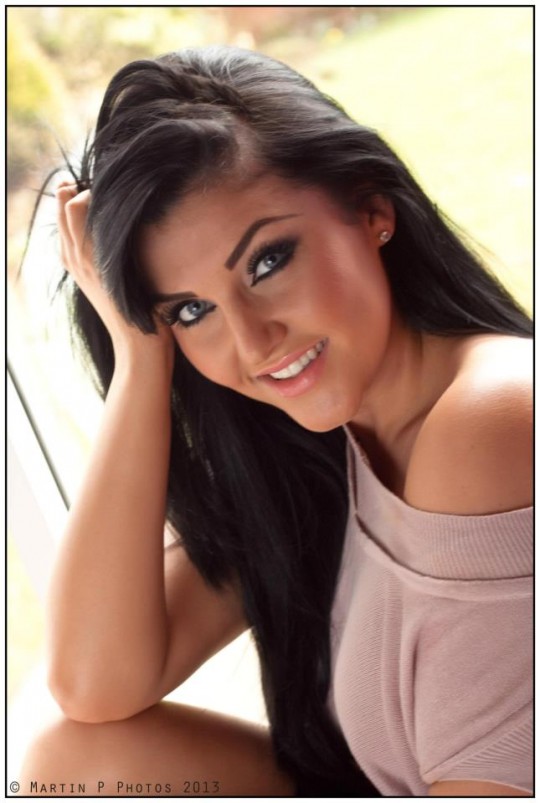 So if someone reading this has the choice between modelling and university?

“It’s important to follow your dreams. The industry is tough even for the top models. Not as glamorous as it looks actually, it’s a job like any other.”

Speaking to Lucy, it’s clear she made the right choice in following her modelling dreams. A smart, funny, and extremely nice young woman, it surely won’t be too long before she finds her dream man as well.

If you’re in Birmingham and looking for love, visit BirminghamLove.co.uk.