Many are likely to be dismayed that the leader of our country felt unable to tackle the extra hot peri peri sauce, though Nando’s fans will be pleased to learn Dave did splash out on getting peri peri salt for his chips. 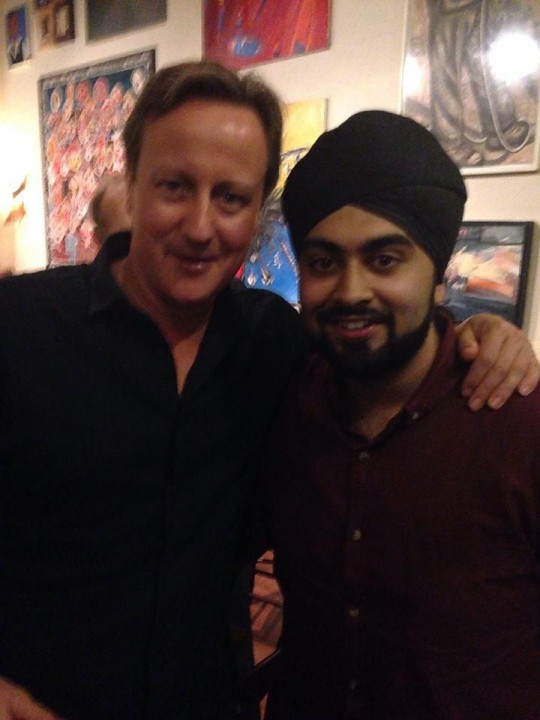 However, Alex was less impressed at the unconfirmed news that Dave also ordered a bottle of red wine with his meal, saying “who goes to Nando’s to drink wine? Especially when you get unlimited refills on soft drinks!”

In the restaurant as well as Dave was Bristol student Navdeep Bhamra, who was celebrating his birthday with a large group of friends.

One of whom, Becky Smith, has since become a viral sensation after her selfie with the prime minister attracted thousands of retweets and made it into the national papers. 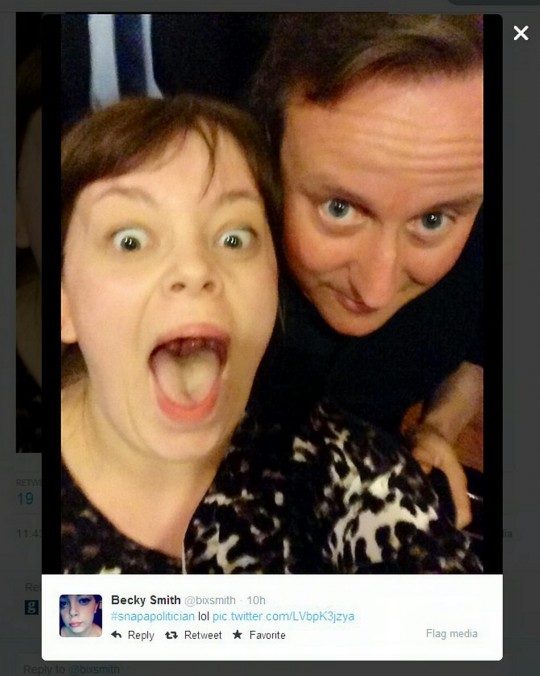 “He’s all forehead”: Becky Smith’s selfie with the PM went viral within minutes

Becky said: “He came in after us, there were about 14 of us there for Navdeep’s birthday, he just walked in, it was a bit surreal really.

“We had to do quite a few double takes, and we kept saying to each other, ‘is that really David Cameron?’

“He wasn’t there for very long, maybe about half an hour.

“Because it was my friend’s birthday when he walked past us we asked if we could have a picture and he stayed there chatting to us for a while.

“I would honestly be the last person to say anything nice about the Conservatives but to give him his due he was very warm, and quite funny.

“I then just swooped in and took the selfie, he took off quite quickly after that.

The French and art history student at Bristol University added: “I was just having a laugh with my friends really, I didn’t expect my selfie to turn out like that, he’s all forehead!

“I sent it to my brother and he didn’t even recognise him, he doesn’t really look normal.”

When asked for comment on the PM’s visit, a Nando’s spokesperson said: “David, like everyone, is very welcome in our restaurants”.