Sponsored by Unlocked Graduates
Unlocked is a unique two-year leadership development programme aimed at training graduates to become inspirational and supportive leaders. Serving as a prison officer, you’ll build these skills through a bespoke training programme, alongside working with prisoners to identify and implement actions and strategies that will help them break the cycle of reoffending. You will work towards a fully funded Master’s in Leadership and Custodial Environments and have the opportunity to contribute to and influence policy on prison reform.

It’s not your average grad scheme

There are currently over 83,000 people in prison in the UK at the moment – and as of 2019, over 90 per cent of prisoners are male. With men 22 times more likely than women to be imprisoned, it’s clear that UK crime is a massively male-dominated issue, with many commentators attributing this statistic to social pressures related to masculinity.

As young men are disproportionately affected by involvement with crime, we spoke to two graduates who have undertaken Unlocked’s prison-officer grad scheme in all-male prisons. We asked Karan, a Sport Management grad from Warwick, and Milosz, a Philosophy grad from Exeter, about why they chose to work in prisons, and what working with male offenders has taught them about masculinity:

Do you want to help change lives by working in some of the country’s most challenging environments? Apply for Unlocked’s award-winning leadership development programme here 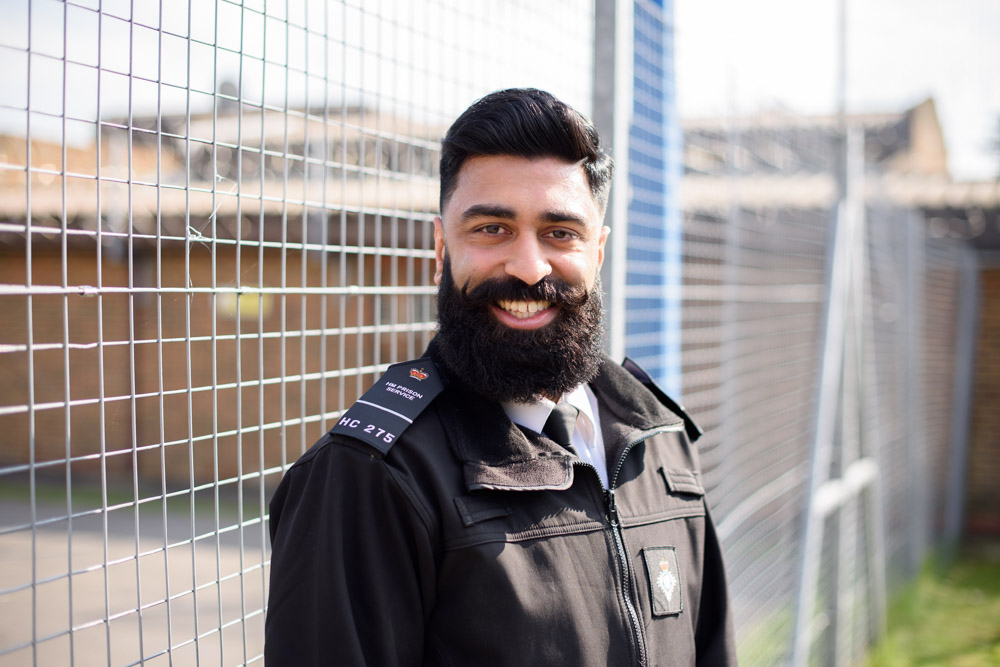 Why did you want to work in prison?

Karan: I’ve always been interested in working with people. Unlocked came up on my Facebook feed and was captioned “Do you want to help change young people’s lives?”, which grabbed my attention straight away. At uni I worked at a mental health unit, so I saw prison as a step up from this – the challenges are bigger, so the decisions you make are even more important. I love having a routine that changes every day, where I don’t know what to expect when I get into work, and where I’m able to grow as a person in a difficult environment.

Milosz: After uni, I was looking for a job that was people-focused. Working in a prison never really occurred to me, but I found out more by talking to an Unlocked representative at the careers fair. I started researching it, and I started thinking it would be a great thing to do; I could learn things I never would otherwise, and perhaps even make some use of the Philosophy I learned at uni.

What role do you think masculinity plays when it comes to people being incarcerated? 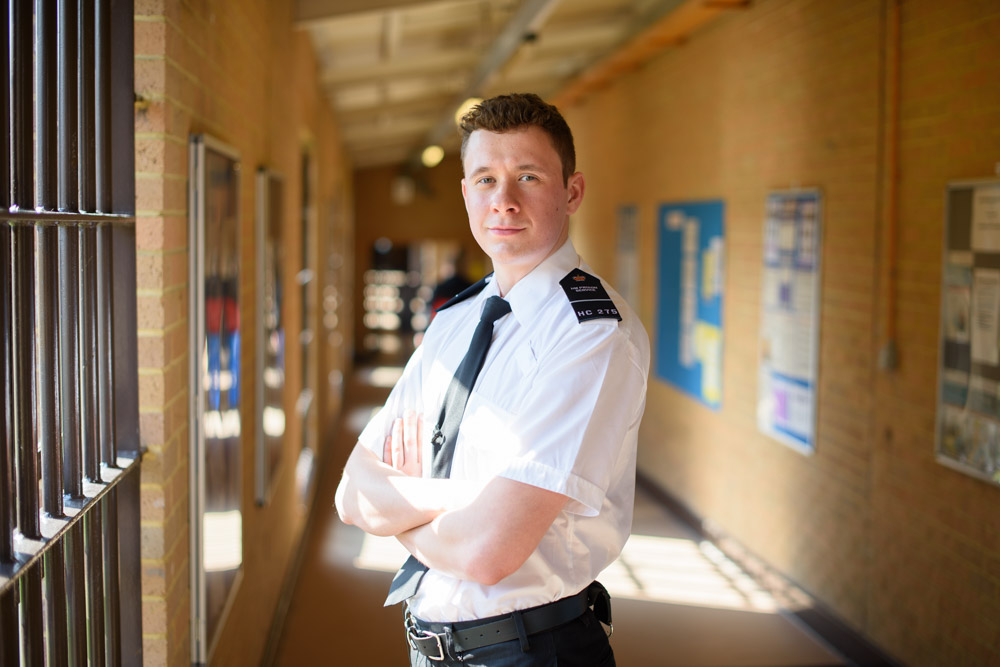 Milosz: A lot of young men use masculinity as a defense mechanism, and it leads them to act out in violent or unhealthy ways. I worked with a prisoner where I was the first authority figure he didn’t resent. He’d been in bad environments all his life, and his relationships with people, especially men, in charge had only ever been negative. Talking with him person-to-person helped him learn it was possible for someone to be an authority figure in a way that’s not threatening to him – he realised that he’d be able to get something positive out of speaking to me.

Karan:  I think it plays a huge role in why young guys end up in prison. A lot of these lads have never had parents they can talk to or a positive male authority figure in their lives. They get involved with gangs, which thrive off being masculine. Once, I was working with two prisoners who were friends, but they were from rival gangs. One of them got a message pressuring one guy to assault the other, and he ended up doing it because outside tensions said he had to. That sort of thing plays a massive role, but it exposes how pointless it is. Young guys feel a sense of belonging, but have to embody this macho culture of not caring about anything, which gets them into trouble – if they commit crimes, they’re noticed and rewarded, so they feel like a part of something.

Don’t want a generic office job after you finish uni? Join Karan and Milosz working with prisoners by applying for Unlocked’s leadership development programme now – you can earn a starting salary of up to £30K

Did you feel that you needed to be ‘masculine’ yourself when you started work as a prison officer?

Karan: The stereotypical view of a prison officer is someone really butch, massive and tattooed-up, so when I told my friends and family they were all surprised. However, I’ve learned that you don’t need to be hyper-masculine to be a good prison officer; it’s better to have a nuanced range of characteristics. There’s a 55-year-old female officer on my landing, and she completely runs the wing, the prisoners have so much respect for her. It’s surprised me how the prisoners themselves don’t always respond best to masculine authority figures.

Milosz: Initially, I would try and put on a ‘manly’ front, because it is intimidating entering an all-male prison. I think I’m getting better with pulling that back as time goes on, and learning how to project my confidence and authority professionally, without doing it through dominance. It’s really important when working with prisoners, because you’re constantly confronted by guys who try to project their power in a dominant manner – being able to communicate actually gets you further.

Do you think the fixation on being masculine has negative impacts on prisoners’ mental health? 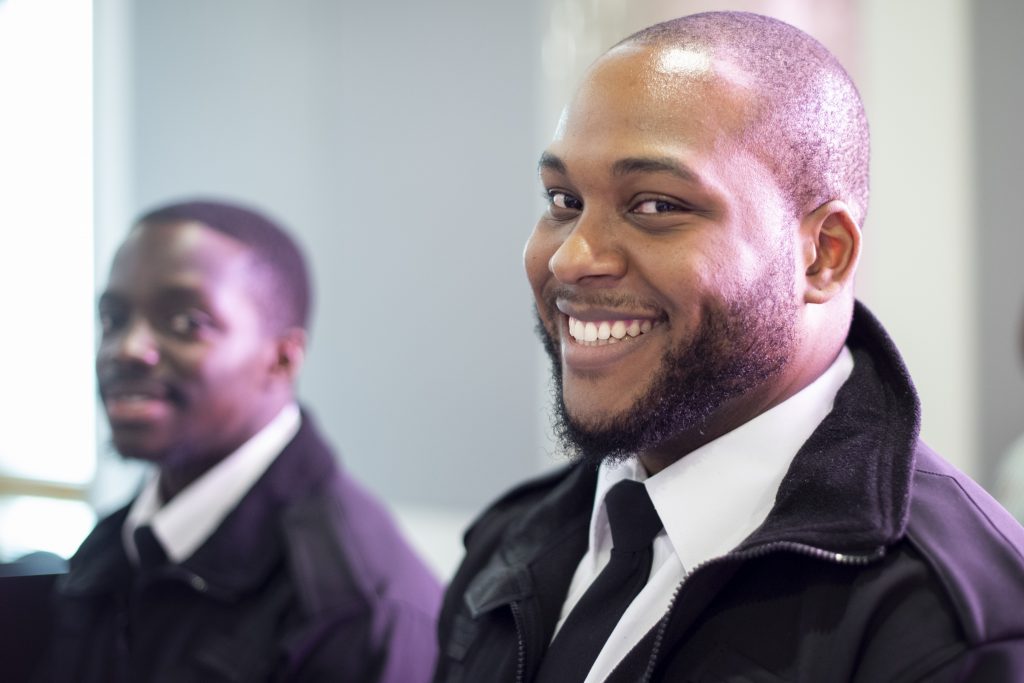 With Unlocked, you can earn a starting salary of up to £30K

Milosz: That is a problem. I’ve had conversations with prisoners about their mental health, but there’s always a barrier you need to break down first. Loads of guys open up in private, but once they’re back with other prisoners they revert to wearing that hard mask. This hinders a lot of inmates making progress with their mental health, because they’re always hiding their emotions and how they feel. I think that’s related to the fact that, as men, we’re afraid of showing weakness because we’re afraid of other people preying on it.

Karan: Definitely. Especially when prisoners are at the top of the prison hierarchy, they’re wary of showing emotions, in case they’re perceived as weak. Speaking to prisoners on a one-to-one basis lets them open up a lot more about their emotions. Ordinarily, they really try and suppress that, which is definitely not healthy, so we need to encourage more open talking.

If you’re looking for a grad job where you can change young people’s lives and really make a difference, then apply for the Unlocked leadership development scheme today

Do you think masculinity has a lot to do with how prison hierarchies work?

Milosz: Hierarchies can be related to prisoners’ physical size, which is obviously a typically masculine thing, but interestingly, it’s often related to their interpersonal skills. I’ve noticed that prisoners who are confident and good at talking to officers are often higher up the social ladder. Prison can be very frustrating; people are stripped of their autonomy, and have to rely on others doing things for them. If you have an ability to get people on-side, then you’re going to be respected by those around you.

Karan: I think noticing physicality is a small part of figuring out the hierarchy. Obviously, if someone’s 6’6” and goes to the gym every day, they’re able to assert physical dominance, so that plays a role. However it can also be related to connections on the outside, for example, gang membership plays a massive role in how prisoners interact with each other.

Do you feel like one-on-one work is actually helpful when it comes to getting guys talking?

Karan: The wings are really intense, so it can be hard to talk to people on a one-on-one basis. But on my current unit we’re each responsible for about 10 prisoners, so we can have more in-depth conversations with them – they can open up and reflect, it’s really cool. Because I work with young offenders and they’re very impulsive, it’s great to actually challenge them and talk to them about how they want to change.

Milosz: Having smaller teams has really normalised the practice of talking – I remember trying to have those conversations when I started, and it was obvious that some prisoners thought those who talked to officers were snitches. One-on-ones have ended this stigma. It’s now completely normal for a prisoner to spend half an hour talking with an officer – these are really valuable, healthy moments when they often open up the most.

Has your perception of prisoners changed at all? 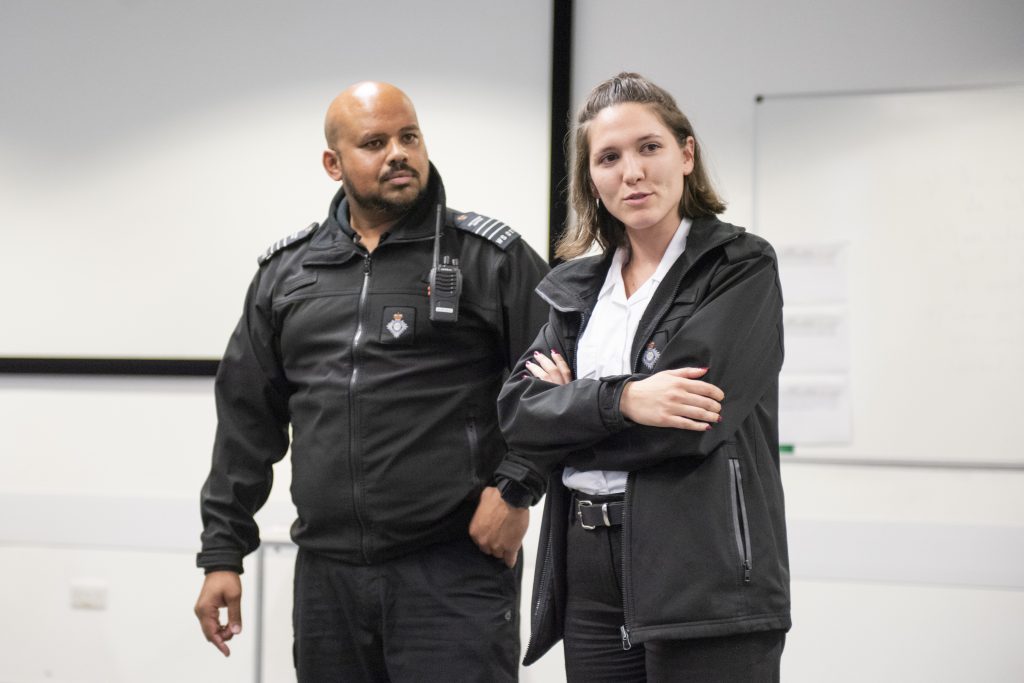 The Unlocked leadership development programme is open to anyone, from any degree background, as long as you’ve got a 2:1

Milosz: I would say it has. Before, I didn’t really know anything about prisons; we tend to generalise a lot and we may not be very accurate or fair with our judgements. It’s made me think more about the human side of things. Prison is full of human tragedies and pain, of families and failings in the system – what you meet in here is all these experiences mixed together in a very difficult, challenging environment, and it’s about trying to get beyond that and help people.

Karan: My opinion has changed, 100 per cent. I always thought of prisons in the way they’re portrayed by the media. A lot of the public assume it’s an easy ride, but it is really difficult in here, and I would never want to experience that. To be away from your family and friends for so long, it’s awful. It’s a hard, hard environment. Being able to take off that mask of masculinity requires strength in itself; to be able to talk about your feelings takes a lot of courage. A lot of these kids have never had the chance to do that before.

Milosz: For a long time, I wasn’t even thinking about the prison service, because it seemed crazy. But I took it on, and since then I haven’t regretted it. I believe that this job, although it seems quite a bizarre choice, opens up so many opportunities and allows you to experience a world that many grads would never otherwise experience.

Karan: I think it helps you develop a unique skillset too. If you go straight into the corporate world from uni, you stay in a bubble of people like you. We actually see real life here, which makes you appreciate the little things. I’ve become thicker-skinned and my confidence has increased dramatically. If you can deal with working in a prison, one of the hardest environments to work in, with some of the most dangerous people in the country, you can deal with any sort of pressure, in any other kind of job.

The Unlocked two-year leadership development programme is an award-winning grad scheme, offering a starting salary of up to £30K

If you want a grad job where you can face new challenges and really make a difference, then this is for you