Here’s how to know if a year in Australia is right for you, from the people who’ve done it

Travelling half-way around the world is a big commitment, especially when you’re used to being able to get to everything you need – blue VKs, the (occasional) lecture, Greggs – in less than 15 minutes. But in Australia, there’s koalas, the Great Barrier Reef, Chris Hemsworth, BBQs and QUOKKAS!!! (If you know, you know). So, is staying home just for the convenience really worth it?

Look, if this Google-searched list of Aussie facts isn’t life-changing enough for you, how about some real-world info? Read below to find out why these recent graduates decided to sack off getting a grad scheme and fly to the other side of the planet: 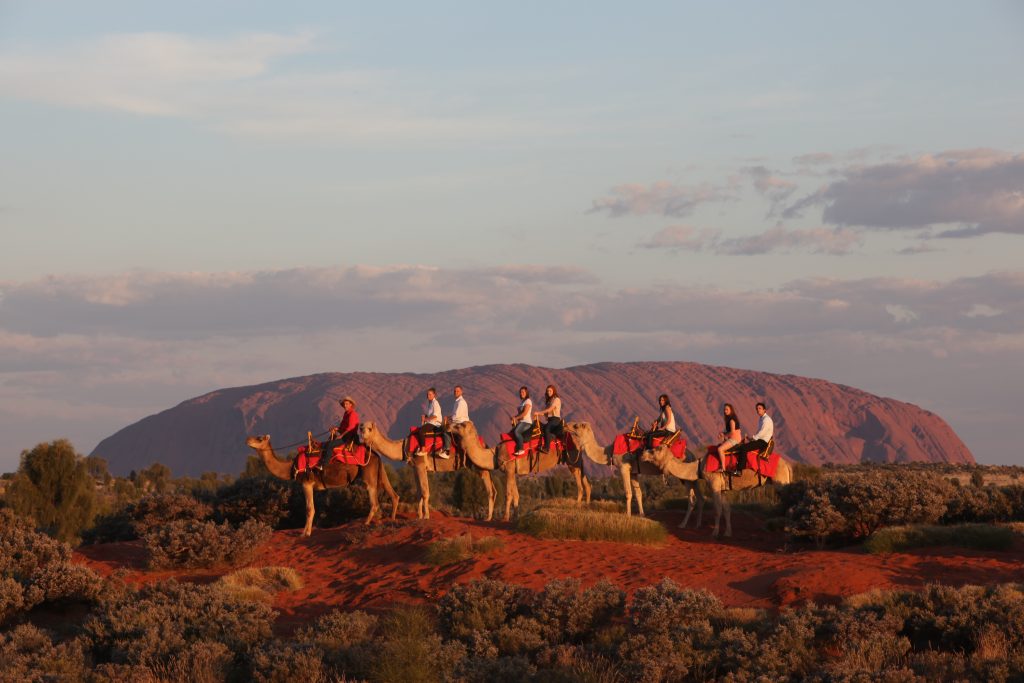 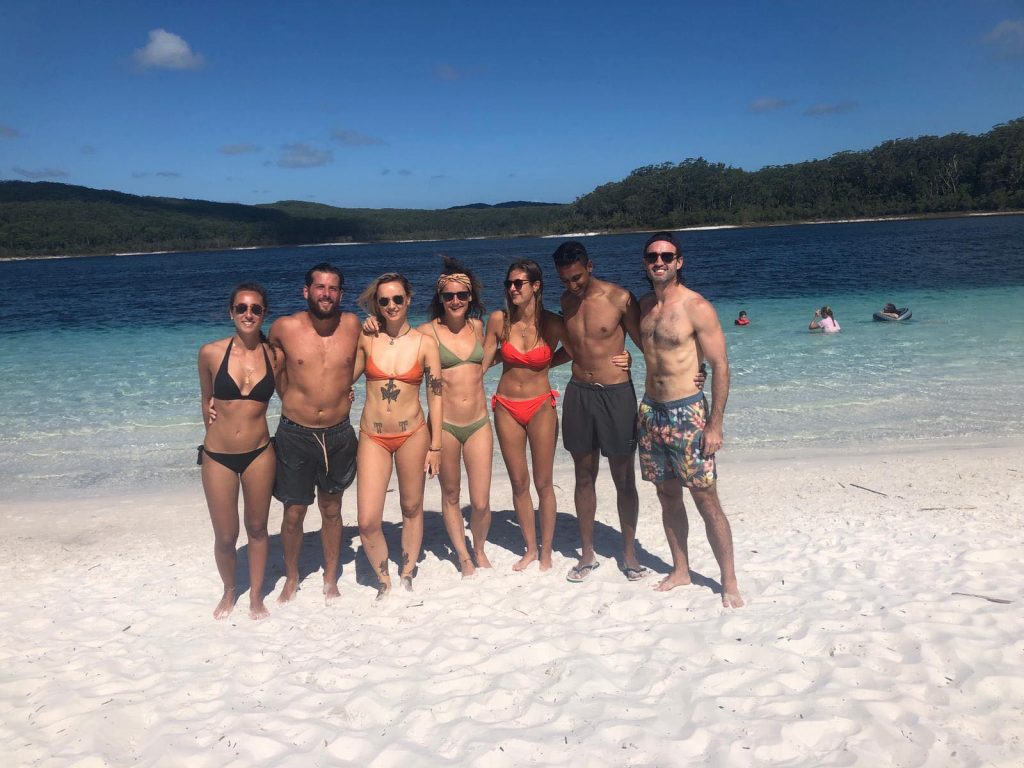 Jess, left, on Fraser Island, off the southeastern coast of Queensland

Why did you decide to travel after university?

I’d always wanted to travel, I just didn’t think I was mature enough to pick up and head off to the other side of the world before I went to uni. I think I needed those extra few years to feel confident enough to know I’d be able to take care of myself without any of my friends or family around.

Were you worried about travelling?

Taking any decision outside the structured norm is always going to bring some worries. I was going to be gone for quite a while, so I had to be sure that I was prepared, had a proper plan and everything I needed. But then at the same time, it’s not like I was heading to the middle of the Amazon!

Why did you choose Australia?

Oz was one of the first countries I travelled to because I knew it was one of the easiest to navigate. There’s no language barrier, which makes meeting new people and trying to organise trips a lot easier. Plus, since so many people travel Down Under, the internet was full of helpful guides and there were loads of Facebook groups that helped me meet like-minded people when I was out there.

What was the best place you visited?

My adventure tour around Fraser Island (the largest sand island in the world) was definitely the highlight of my trip around Oz. I booked a four-by-four tag-along tour, where we basically drove around the island in huge Jeeps, visited the most amazing paradise lakes and beaches, camped in tents and had massive parties.

Is there anything you wish you’d known before you went?

Not to be so worried. I was terrified of being alone so far away from home, but everyone there was in the same boat as me, so it was so easy to meet people and have a laugh.

Do you think travelling in Australia has helped you get a job?

Yes, travelling has taught me some really valuable skills. I’ve learned to be more confident, outspoken and to ask when I want something which definitely helps in interviews. I met so many different people with varied beliefs and experiences which taught me to be more understanding of others and gain new perspectives around many subjects, all necessary skills when adapting to a new workplace. 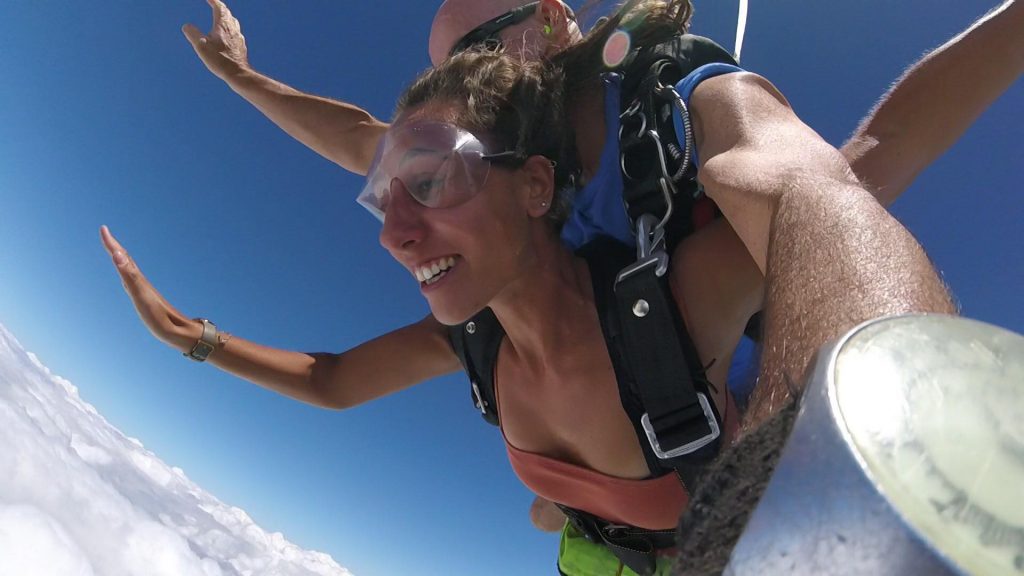 Australia offers so many exciting places to work and travel. So, why not click here to find out more? 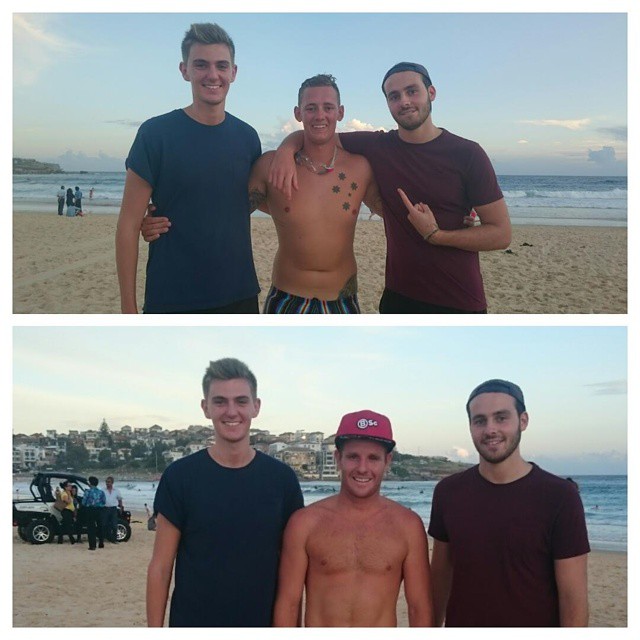 Why did you choose to travel to Australia?

It had always been my dream to go. So, I arranged a working holiday visa prior to going, which was very easy to do, and spent the next four months travelling with my mates.

Did you work whilst you were out there?

Yes – I worked first as a telemarketer which was so easy to get as every hostel advertises loads of vacancies for nearby companies. I also worked as a gardener at a B&B I found on Gumtree and as a cricket coach at a local school (I was already qualified and had experience working as one in the UK).

What was your favourite place Down Under?

Manly, which is in northern Sydney. We got a ferry from the Circular Quay to Manly, which was such a beautiful place. It’s a great spot to learn how to surf and get a bite to eat afterwards.

What were the best and worst things about Australia?

There best things were definitely the weather, beaches, culture, the Big Bash (T20 cricket league), and the pay (I earnt around $25 per hour, which is about £14). Honestly, there wasn’t anything bad. I loved everything.

Do you think travelling has helped you get a job?

Yes! I learnt loads of life skills whilst working and travelling around Australia, plus it’s a great way to show future employers you’re passionate about something and can get on with other people. 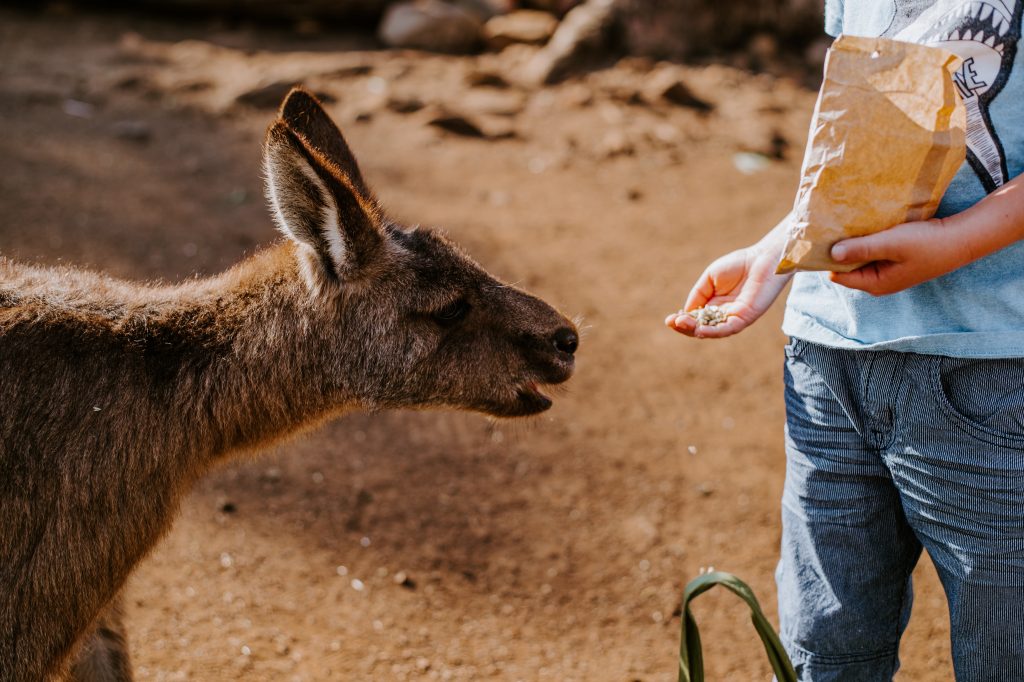 Why not fund your travels around Australia by working whilst you’re there? Apply for your working holiday visa now 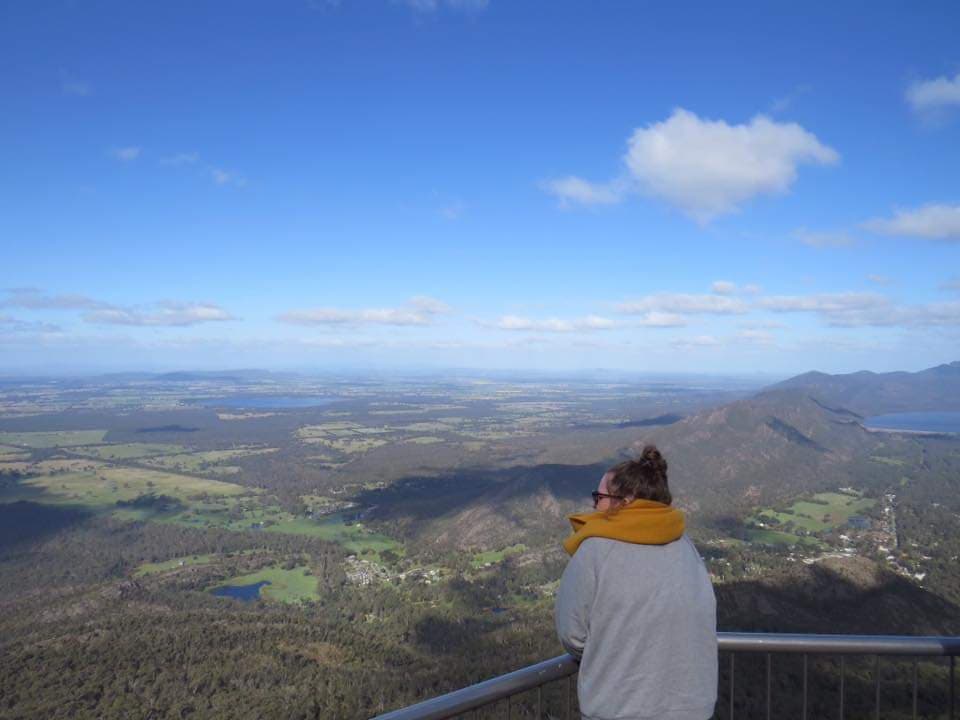 Were you worried about travelling to Australia?

I think I had the usual worries when making a big decision. Will I like it? Am I wasting my money? I wasn’t worried about the distance as my family were just on the end of the phone. In terms of work, I needed to go for my wellbeing, I needed that time to explore after years of schedules at school and uni.

What was your favourite place you visited?

That’s a tough question, but probably The Grampians National Park in Melbourne – it was my first sighting of kangaroos and had really beautiful scenery!

What was the best thing about Australia?

The best was probably the people – everyone was really friendly. It could get a little expensive, but this isn’t as much of an issue if you work whilst you’re out there because the minimum wage is so high.

Do you have any tips for people who are considering going to Australia?

I’d tell people not to make too much of a plan, I’ve learnt that it’s a lot better to go with the flow and be spontaneous when travelling. I also recommend they stay in hostels as they’re the best place to meet people. You can get everything you’ll need once you’re in Australia, so don’t worry too much if you forget to pack something.

Has your opinion on Australia changed after travelling there?

Yes, completely. Originally Australia wasn’t at the top of my travelling list, but now I’ve spent some time travelling around the whole country I’d definitely go back – everyone is so friendly and there’s so much to see and do!

Do you think travelling has helped you get a job?

100 per cent. Travelling has made me a lot more confident and I have been able to draw on my experiences for interviews. 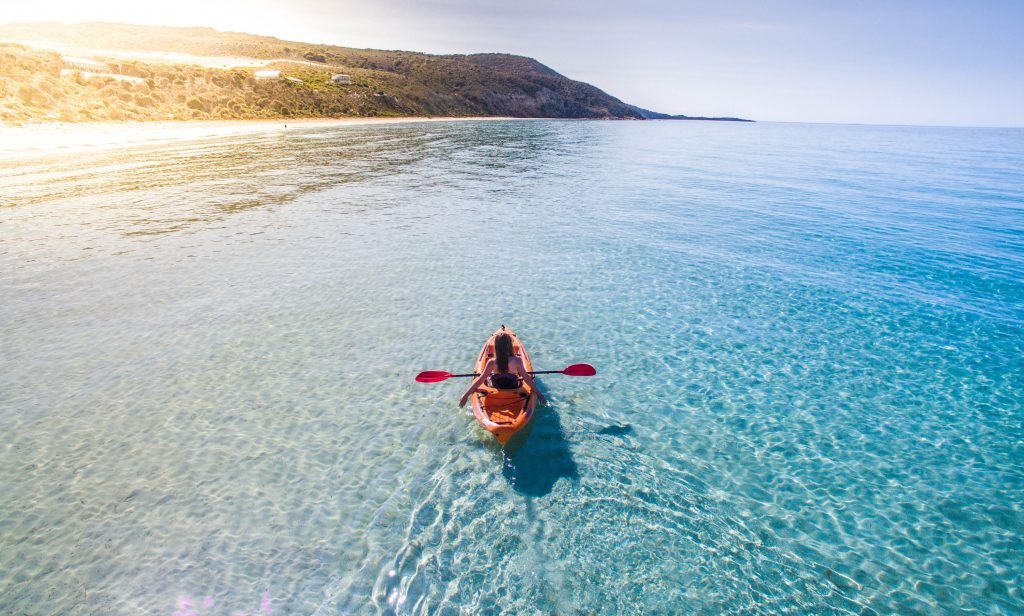 Why did you decide to travel after university?

To get as far away from the UK as possible, and take a break in between education and work. I’d already travelled for 12 months during my year abroad and in between semesters, so I wasn’t as scared as I was when I left the first time around. I definitely wasn’t worried about missing things back home – in my experience, not much changes whilst you’re away.

Why did you decide to travel to Australia?

I was skiing in Japan for a season and met lots of Australian seasonal workers who essentially persuaded me to go there for two months, and then to the mountains to work as a ski instructor.

What were the best things about your trip?

Byron Bay Hinterland was amazing. But, more generally, the more relaxed lifestyle, the fact strangers talk to each other all the time and are really friendly, the natural landscape and the weather are all great reasons to visit.

Do you have any tips for people who are considering going to Australia?

Find a surf camp or popular hostel so you can meet other travellers as soon as you can. The East Coast is an obvious choice but Australia is huge, so check out some of the other places you can visit too.

No matter the season, there’s always something for you to explore Down Under – start your next adventure now! 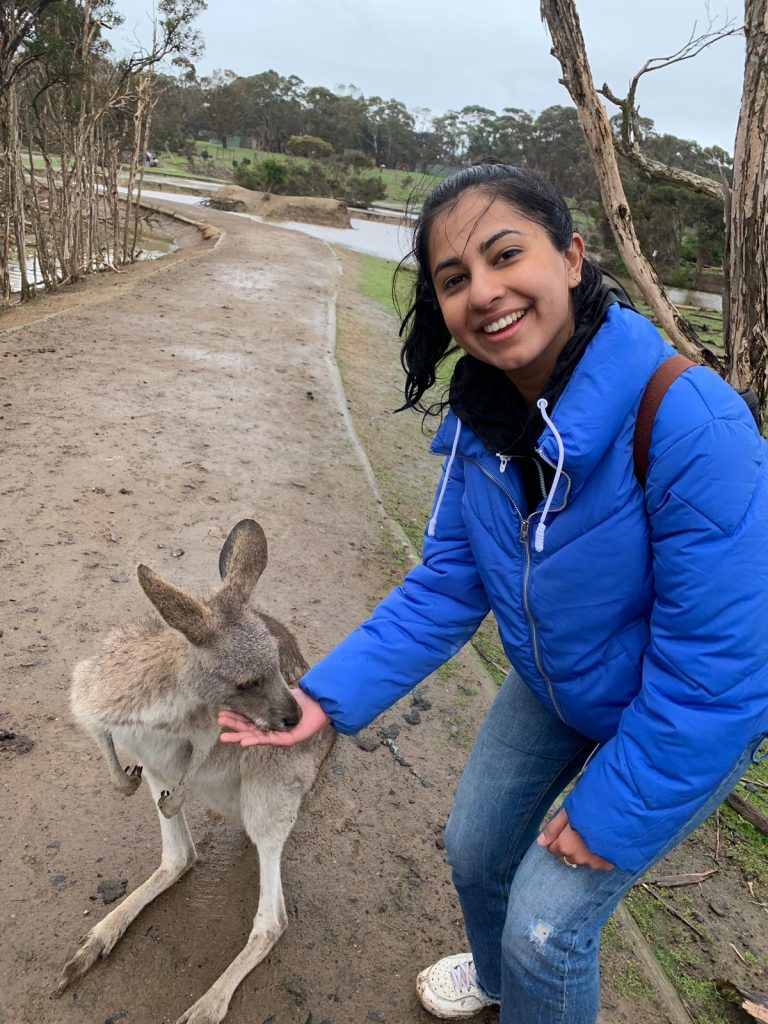 Why did you decide to travel abroad?

Before university I didn’t feel like I had the capability to move abroad and pull off a successful gap year. However, midway through my degree I realised I hadn’t done anything exciting and fully independent. This drove me to want to study abroad. I knew if I didn’t take the opportunity now I’d fall into working somewhere for several years – when else would I have the chance to take a year out, meet as many people as possible and travel?

What made you decide on Australia?

Australia seemed like the furthest place I could go and would, therefore, force me to be as independent as possible. Once I committed to studying here there was no real turning back. The time difference also meant that I was properly on my own, which was something I was really keen on making happen.

How long are you staying there for?

I’ve been here for two months so far, and already met loads of people who I’m planning to go travelling with. I have 10 months left to go before I have to come back and complete my final year at uni.

Do you have a planned route for travelling or are you just going with the flow?

The lifestyle here is awesome, everyone is super chilled and laid back so the plan is to just go with the flow while I’m out here. I’m planning on doing Brisbane to Sydney in September/October and then Bali in February, although I haven’t planned anything for December to February yet so I’ll make it up as I go! 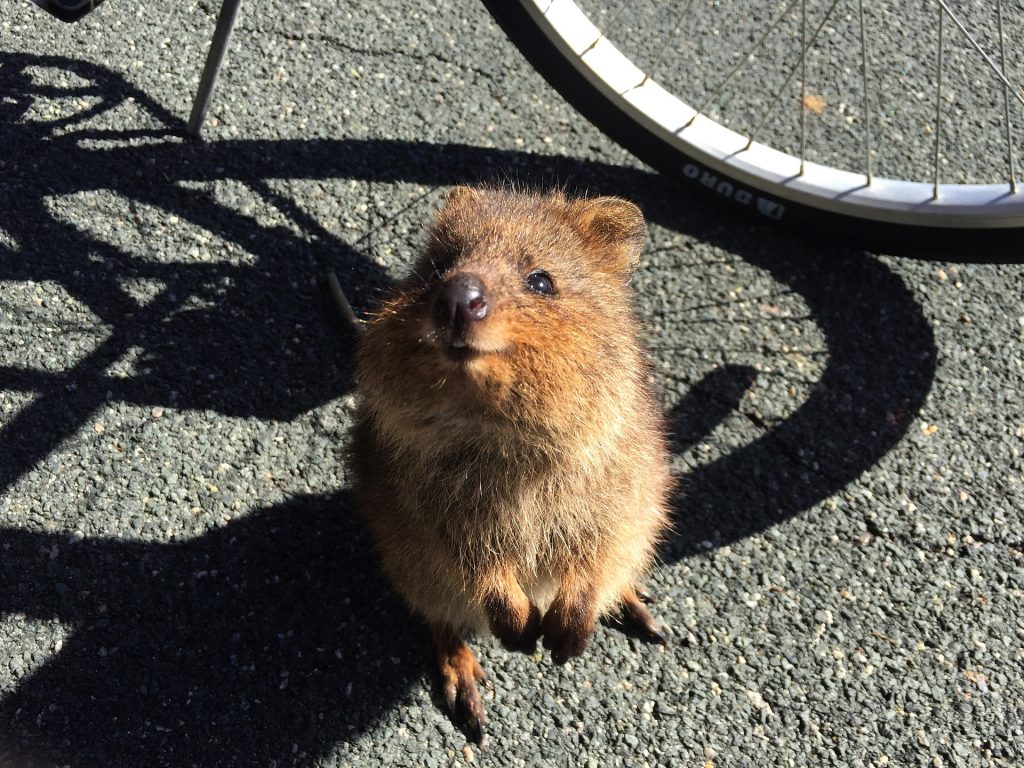 A quokka, Rottnest Island, off the coast of Western Australia

With an £11 minimum wage plus gorgeous beaches AND quokkas, why would you say no?