Sponsored by L'Oréal UKI Graduate and Internship Programme
L'Oréal is the world's leading cosmetic company and has a history of innovation and ambition. As the UK Graduate Employer of the Year we attract high-calibre graduates from a range of backgrounds. 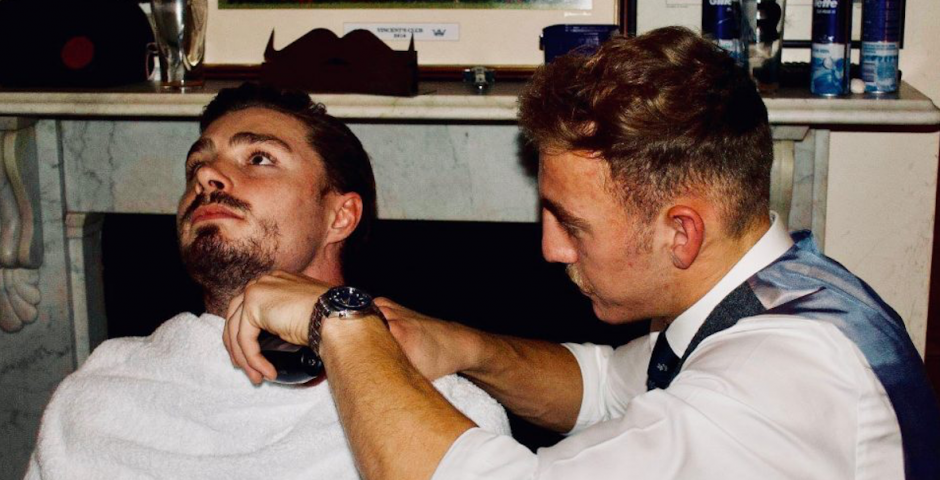 It’s about more than just the moustache

We’re half way through the month, and the abundance of attempted moustaches in your lecture hall means that Movember is in full force. But it’s not just about guys curling the fuzz above their lip – students from across the country are raising hundreds of thousands every year in aid of prostate cancer, testicular cancer, and men’s mental health.

We caught up with the students going the extra mile for Movember this year, and asked them why they decided to embrace the tash. 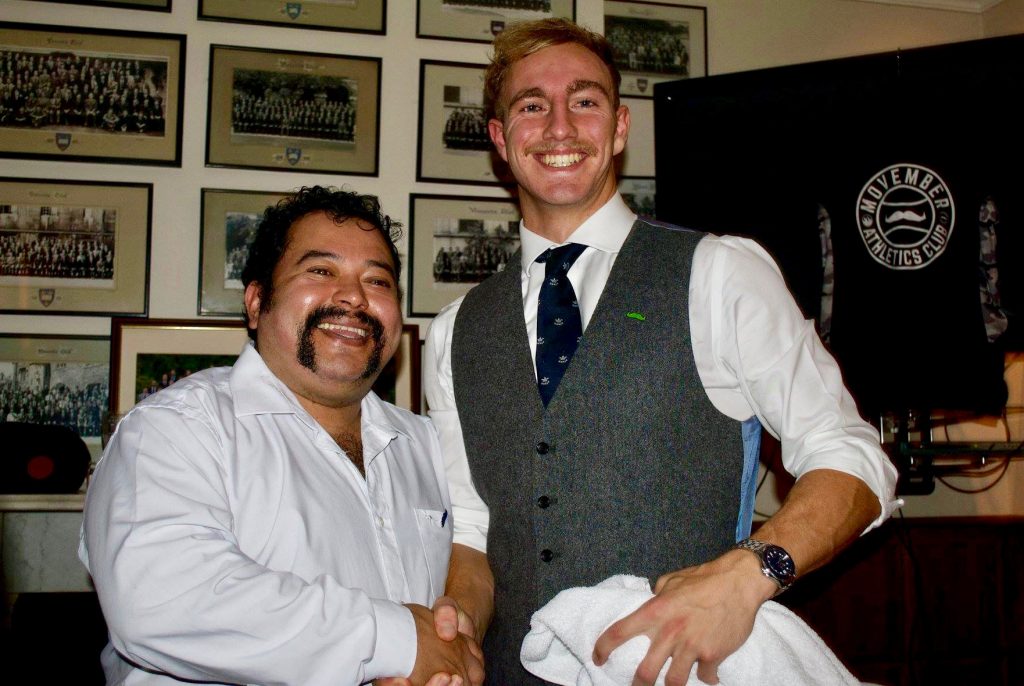 What made you want to get involved with Movember?

In 2014, my dad passed away unexpectedly, and I felt I had to become the “man of the house”. I disregarded my own mental health in the wake of his death, and it wasn’t until two years later that I began to open up and accept help. I thought that by getting involved, my fundraising would remind men that their feelings and health do matter.

What are you doing for the cause this Movember?

As the ambassador for the charity at Oxford, I raised over £3,000 of last year’s target, making me the top student fundraiser in the UK. We are aiming to raise £25,000 by the end of the month – we raised £4,000 in the first two days, so this seems pretty in reach.

This year I have recruited a team of 50 students, male and female, to represent their colleges in Oxford and amass support from their friends and families. As of today, Oxford has 31 college teams fundraising, with a total of 295 students and faculty members signed up. I’ve organised a range of events, from our launch party at Atik to a shave-down at Vincent’s Club. I have also worked with Conscious: the Oxbridge Mental Health Ball, and we have become one of their official charities. Our first event, the Movember Mixed-Touch Rugby Cuppers raised just over £700.

Personally, I will be completing 30 new challenges over the month, which I will be filming and uploading onto my Facebook fundraiser. I completed the gruelling Tough Mudder 10k obstacle course at the end of September as my first challenge. Behind every great MoBro (Movember ambassador) is a great MoSista, so I’m also really striving for as many women as men to fundraise this year. 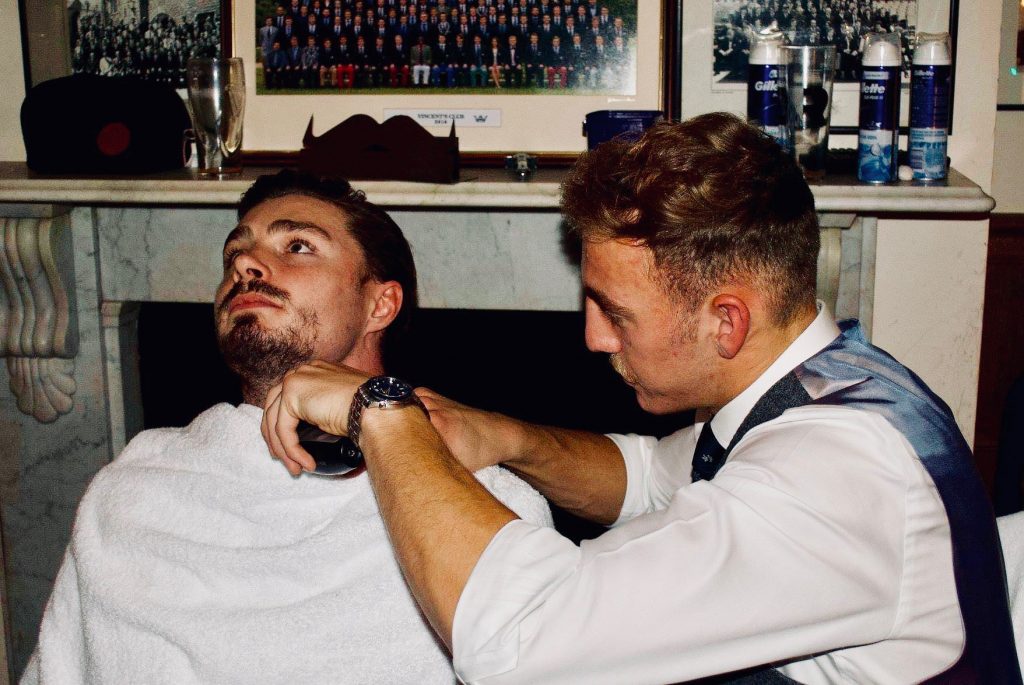 Why do you think it’s so important?

To me, Movember highlights the social expectation that men should just “deal with it” when it comes to problems. Although this idea is gradually being eroded, it is ingrained in our generation. Young men continue to grow up feeling as though being thick-skinned is imperative to their identity. The Movember movement reminds me that I am not alone and that my problems do matter.

Having interned with Movember over the summer and from my experience being a MoBro, I’ve seen the hard work they do in engaging communities, educating schoolchildren, forming relationships with big brands to spread the message, and promoting men’s health across the globe.

The foundation also offers practical advice on its website, as well as growing new initiatives to make men feel safe to speak about their feelings. I am all for that, and while I have a way to go myself, I will advocate the cause as much as I am in need of it.

If you’re devoted to your work like Fraser, you could be a good fit for L’Oréal’s Commercial Management Trainee Scheme 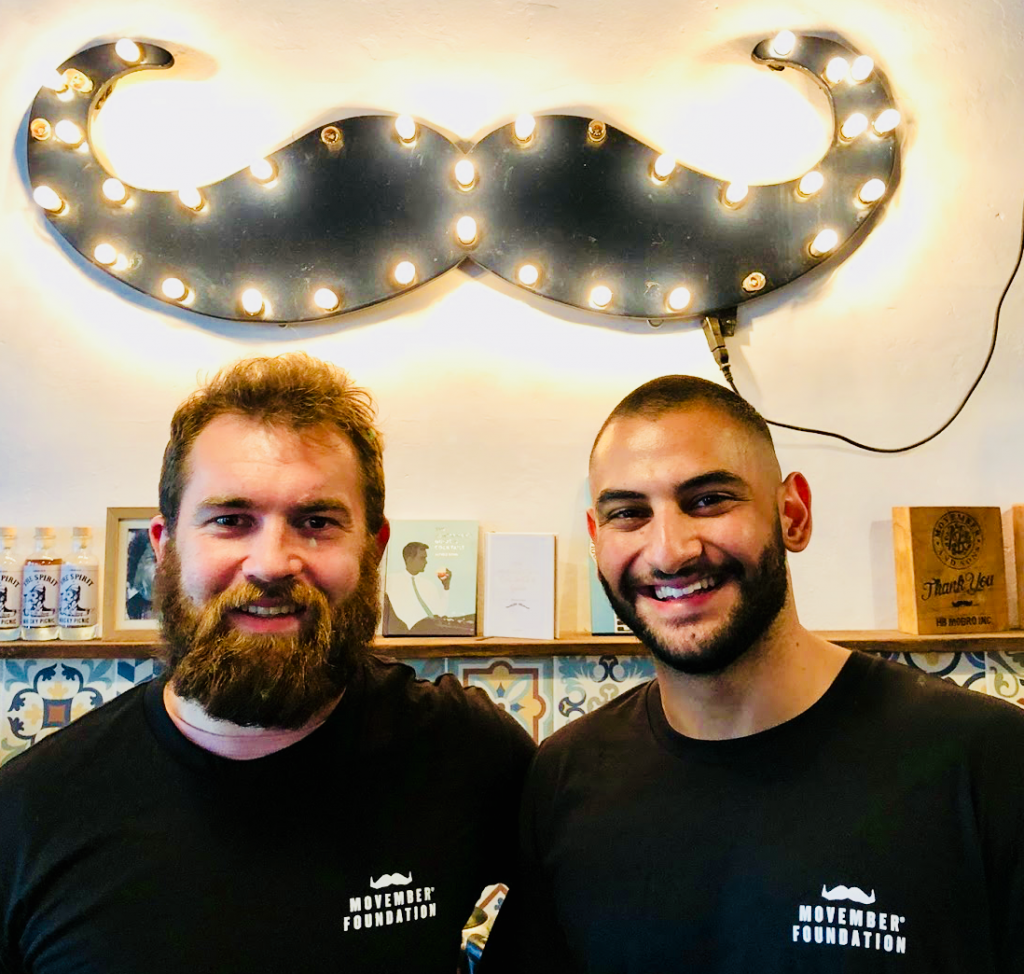 Why did you get involved in Movember?

I personally cannot say I’ve been affected by these afflictions, but what hit me the most out of our three focus areas was mental health awareness. In the past, I’ve been completely taken aback by my own mates coming forward and confiding in me that they’re struggling with their mental health. It’s always the people you never expect who are suffering the most, so there’s obviously a problem with men keeping these problems hidden. I wanted to get involved to empower guys to feel comfortable talking about their problems and debunk this myth that all men have to be unbreakable.

What are you doing for the cause this year?

Last year’s monthly total was £18k, leaving us ranked at 9th place of all the challenges in the UK. We surpassed that in just five days this year, and we currently have 319 members and 34 sports teams partaking, including Exeter uni’s boat club, who raised £1125 before the start of the month.

Myself and Max Beeching are this year’s ambassadors at Exeter. So far we ran the Great British Shave-off, where we liaised with a local barber in town who we’ve been working with for the past four years. We set up shop on campus and offered head and beard shaves for a minimum donation of a fiver, and ended up raising over £12,700 in just one day. We’re also holding a Move for Mo event, where we’ve partnered up with the athletic union, who will be bringing down equipment, like a rower and exercise bike. We’re going to cover 60km each hour for 12 hours, in honour of the fact that men are lost to suicide every minute of every hour.

Lastly, if we raise over £20k, I’ll get a moustache tattooed on my bum. So, I guess you could say I’m quite dedicated. 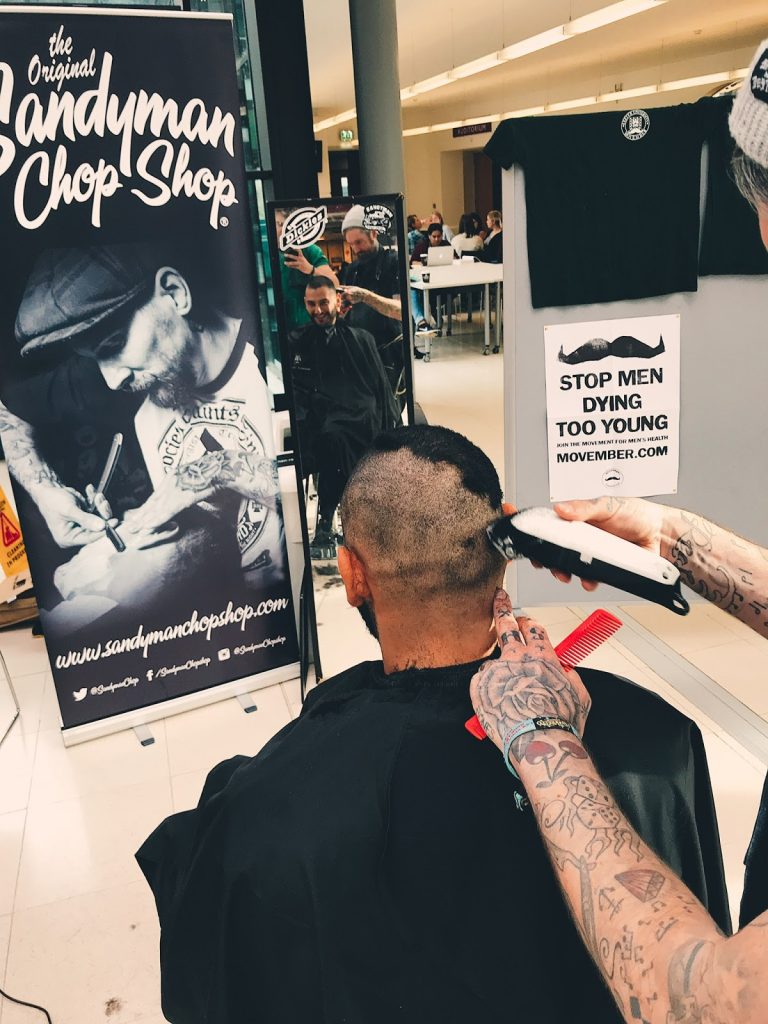 Can girls get involved?

Absolutely! I’m really trying to drive female engagement with this year’s campaign: we’ve set up an event called Mo Sista Varsity, which is basically an all-female multi-sports tournament. Teams will compete against other sports teams, subjects, and houses in netball, dodgeball, football and touch rugby, with a minimum donation of a fiver per person. The women’s hockey club have been our biggest female supporter. We pitched to them with a presentation and their club captain was really moved by it. She got her team to share the sentiment of “do it for the men in your life” to Instagram.

Why do you think more people should be involved?

I and many men before me have been told to “toughen up” or “grow a pair” at some stage in life, and the societal pressures placed on men are really dangerous, even though there are strides being made away from this narrative.

Movember isn’t just a few blokes growing questionable moustaches – we’re the leading charity changing the face of prostate cancer, testicular cancer, mental health and suicide prevention. We just want to be able to open a dialogue for men to talk about their issues and remove the stigma surrounding emotional sensitivity.

L’Oréal are looking to give hard-working students like Zein the experience they need before graduation, working with huge brands like Boots and John Lewis 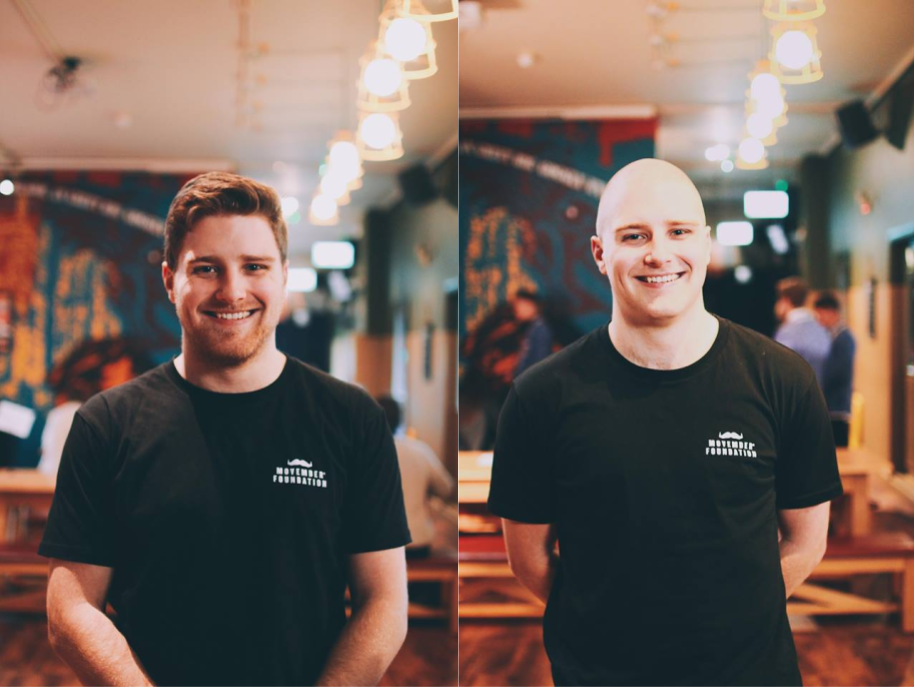 Ed’s before and after for the Great Durham Shave-Off

What are you doing for Movember?

As a Movember ambassador, I recently took part in the Great Durham Shave-Off, where a group of us had all the hair on our heads shaved off in prep for Movember. Each person who had their head shaved paid a donation so it got the month off to a great start. We’re also hosting pub quizzes, 12 rowing marathons, club takeovers, charity rugby matches and a cocktails night to cap off the end of Movember.

What was your main motivation for doing Movember?

Someone I know has struggled with their mental health for a long time, which is why I decided to start fundraising last year and apply for the role of student ambassador. Seeing the effect of these issues so close to home has really driven me to do as much as I can to help the cause, as I know how much this helped my friends who’ve struggled in the past.

Why do you think more people should get involved?

Movember has the power to give confidence to men around the world to speak up about any issues that they have, and raise awareness about serious health conditions many guys know nothing about.

You don’t even have to be able to grow a moustache to take part in the fundraising – loads of people I know have started documenting their running, swimming or cycling miles in support of the foundation. The moustache is just a small part of the process.

L’Oréal are looking for hard-working, devoted and passionate students like these MoBros to join their internship, graduate, spring insight programmes and apprenticeships

Apply for the scheme with L’Oréal here