The months of begging for tickets on Overheard have come to a close. The entire university's collective hangover is long gone, and the Bournemouth Echo articles have all been published on "just how noisy the festival was" this year.

But that's beside the point, as we are here to talk about the costumes. The amount of submissions The Bournemouth Tab received was truly insane, and the level of quality gets better with each festival.

So, the moment we've been waiting for… 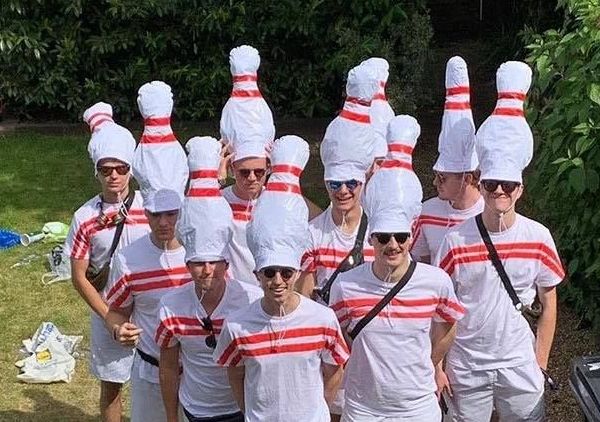 The winners of the popular vote were @oliverjamesridge and Co. for their ten pin bowling outfit, closely followed by @zoebbeth's beach huts. 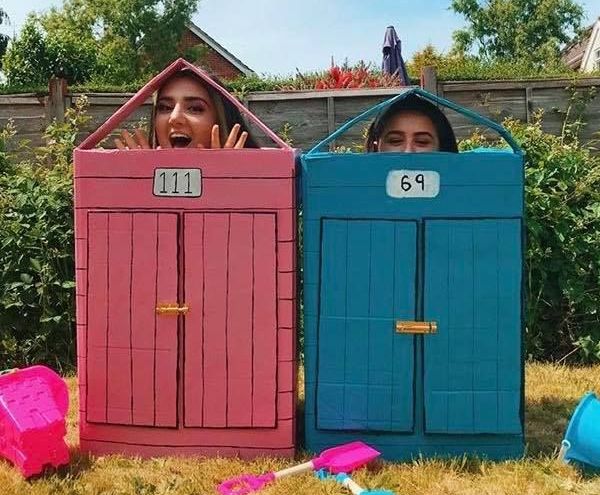 A lot of people asked what the point of a competition is where you don't win anything, and while I'd usually respond with 'the prize is a warm feeling inside' the effort this year has genuinely been so immense some form of reward is in order.

So, congratulations Oliver! Your line up of pins goes down in Summer Ball history, dm me @charalambides.james for some Spoons pitchers or something.

Now, while democracy is fun, let's dip into some purely subjective opinion. These are our pics for this years Best Dressed… 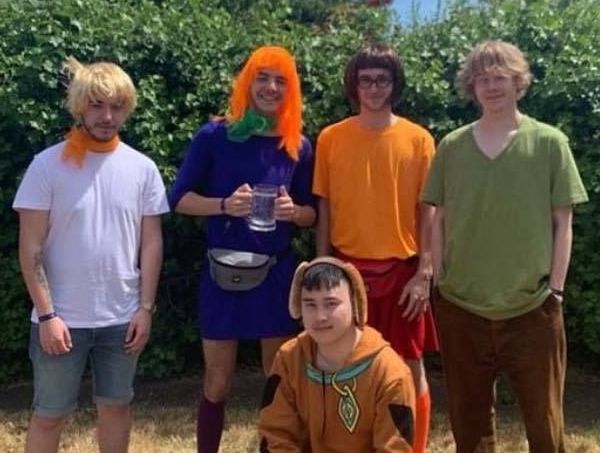 There's a good reason why @matthutson98's Scooby Doo entry got through. Many a time has a Scooby Halloween costume been scrapped for trivial reasons such as: 'We don't have any ginger friends' or 'But I don't want to dress as a dog'. But these brave men accepted the challenge, and delivered, finally adding bum bags to the iconic costume. 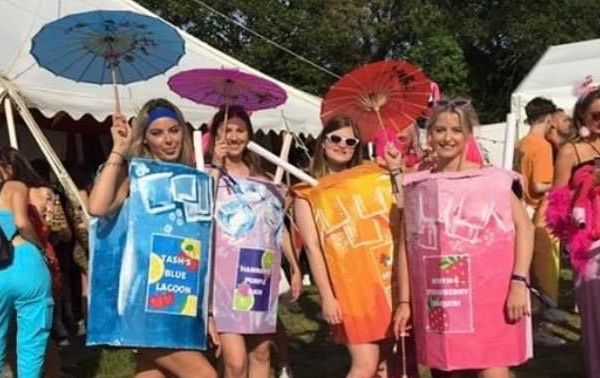 @hannahpriince, @robyndickins, and @mega.nrose not only get through for effort, but also for finding full sized, colour coordinated, cocktail umbrellas. Something I imagine was a nightmare. 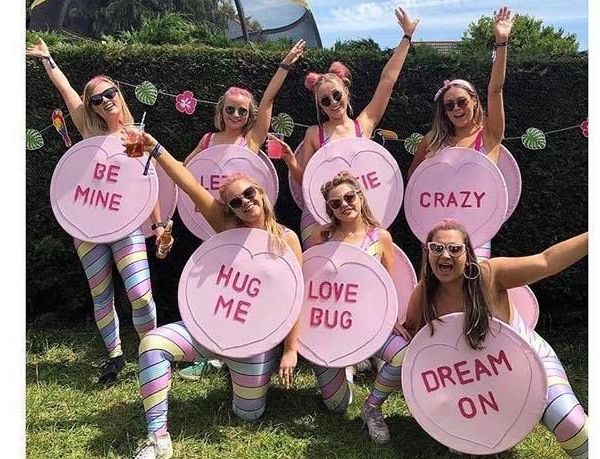 @marissaajfuller and @fergus_tillyard (pictured below) both get points for simple but perfect costumes, and team effort. Turning Poundland paint suits into teabags is genuinely a stroke of genius. 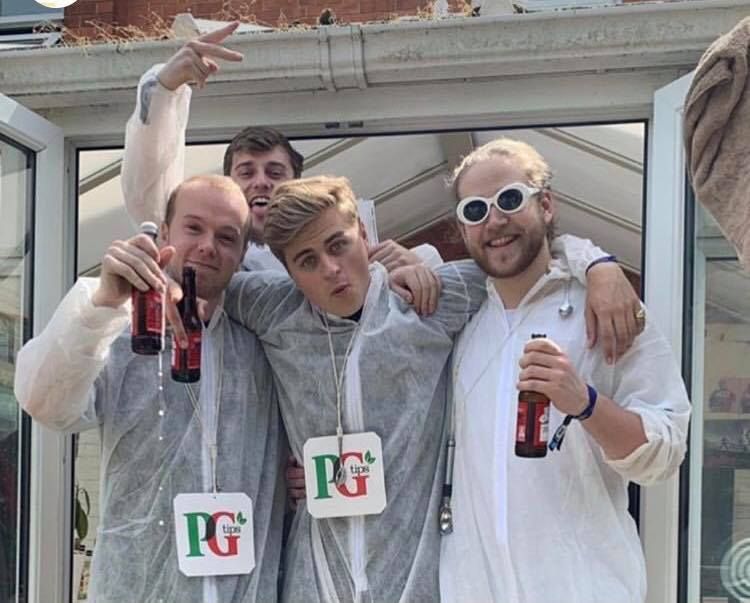 @beccabethan was one of the few Mario entries, but probably the best on account of the tiny wheels. Many dress as Mario characters, but it takes that extra lack of regard for personal comfort, to don large cardboard boxes and become something greater. 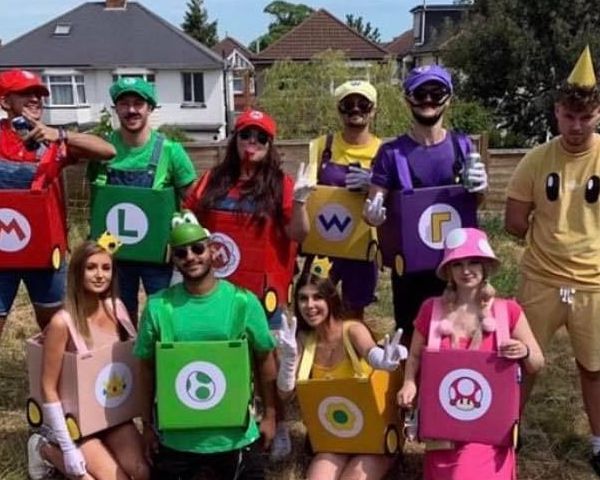 Speaking of games, @phoebemspringett has maybe one of the most elaborate costumes we've ever seen. It takes an admirable amount of effort to get literally every Smash Brother to show up, but for me, what ties it all together is the Wii Fit guy lurking in the middle. 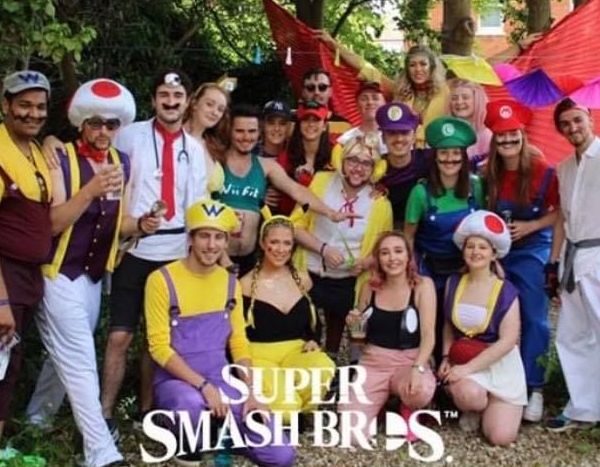 @zoebbeth and @nishilpatel_ go hand in hand as our choices for runners up. Both are creative takes on Bournemouth staples, those being beach huts and awful food, and I'm glad Wok to Go wasn't forgotten from the takeout roster (corroborated cases of food poisoning aside). 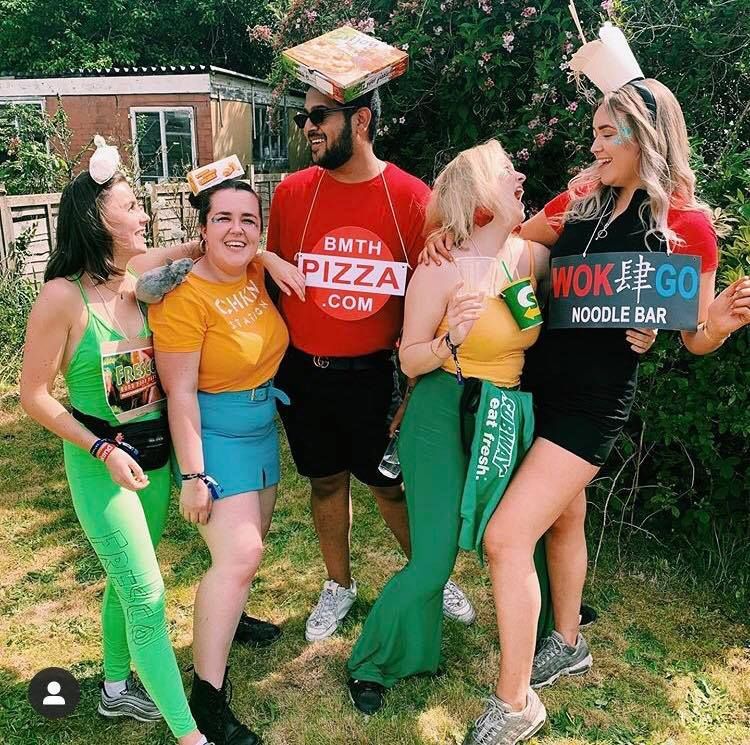 Our personal favourite however is @gmturnerx. While Dark Fruit may be an atrocity of good taste, this costume takes us blissfully back to the days of being fourteen and drinking on a dingy common, and ultimately, what's more summer ball than that? Students drinking fruity drinks in a field, and having a good piss up. 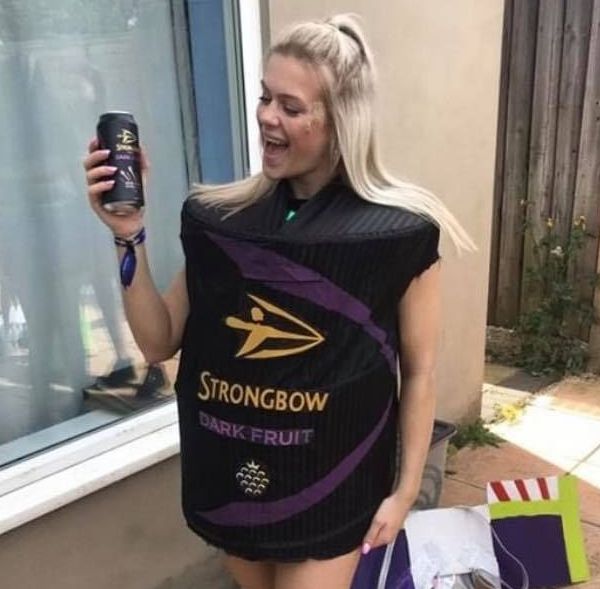 @gmturnerx, you win a Dark Fruit.

Yes this article was very late! But things are changing at the Bournemouth Tab with the start of a new year. We're looking for writers to help create an engaging and accurate uni news site. Of course, that doesn't mean we'll stop the fun stuff, but we're opening the floor to new topics.

Do you have thoughts on: Fashion? Politics? Art? Nightlife? Terribly imbalanced local news that needs to be called out? Then you should submit to the Bournemouth tab! Something you can do by clicking here.