Last month we told you how Finance and Business students at BU were left hanging in an exam hall for two hours whilst invigilators desperately tried to print off missing parts of the exam. Then after running out of paper, they gave up.

We thought that would be the end of it. We were wrong. Just days later Politics students were left in the same position.

Now BU has the small issue of rearranging the exams, and it’s not going too well.

The Tab spoke to Jordan Thomas, who was told by the university that he would have to sit his exam in a village in Cape Verde whilst he was on holiday. Fun. 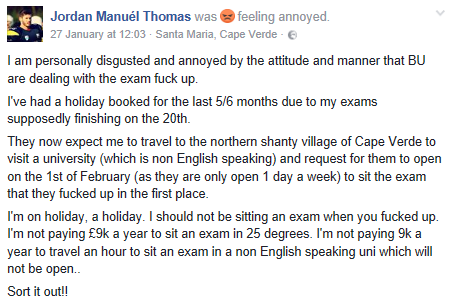 He said: “I had been promised I’d be able to sit my exam the Monday or Tuesday before I flew and that I’d be sent an email to confirm.

“The email never came and it wasn’t till half nine on the Tuesday morning, when I had a phone call asking where I was, that I next heard anything.

“I was told to sort sitting my exam in a shanty village.

“The University is non English speaking and only open for one day a week.” 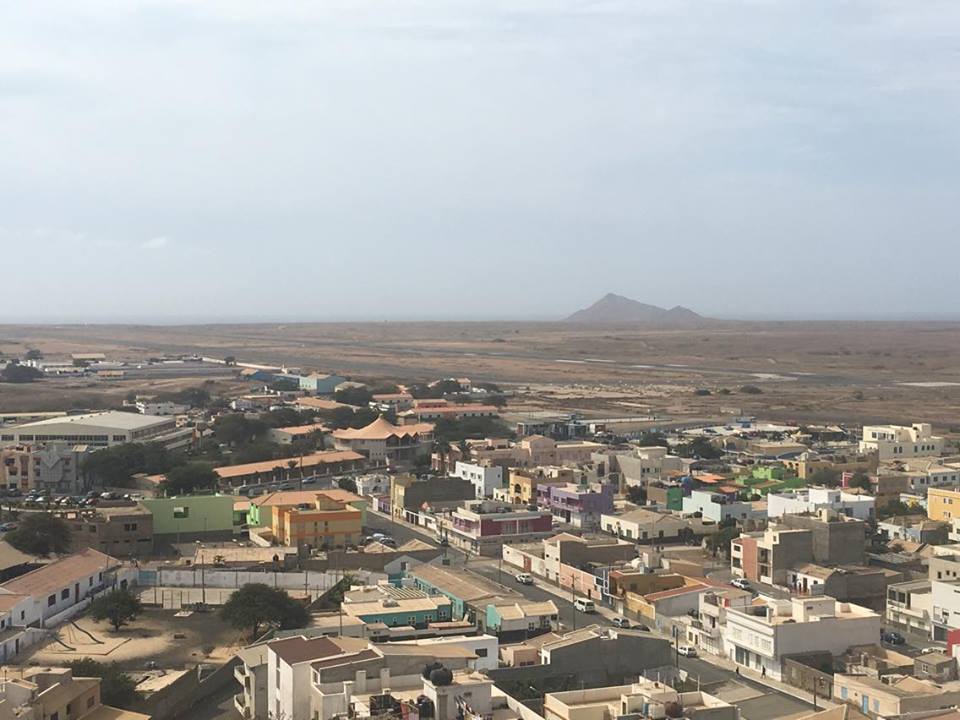 See that green building? That’s where the exam would be

Jordan continued: “I’d had this holiday booked for about six months.

“I don’t think the uni realised that Cape Verde is made up of 10 islands and the university they wanted me to go to wasn’t on the same island as me.

“It would of cost me 500 euros to catch a plane to the right island and then for the transfer to get to the uni.

“The SUBU president has been really helpful though, he’s been emailing me trying to arrange for me to sit the exam when I can.”

Not exactly the best location for sitting an exam

A spokesperson for Bournemouth University told the Tab:

“We can confirm that we are doing all we can to ensure that all students are able to sit their exams, with all options explored.

“Though this is the case, no BU student will be sitting an exam in Cape Verde.”

As of yet, Jordan still hasn’t sat his exam. Not ideal.