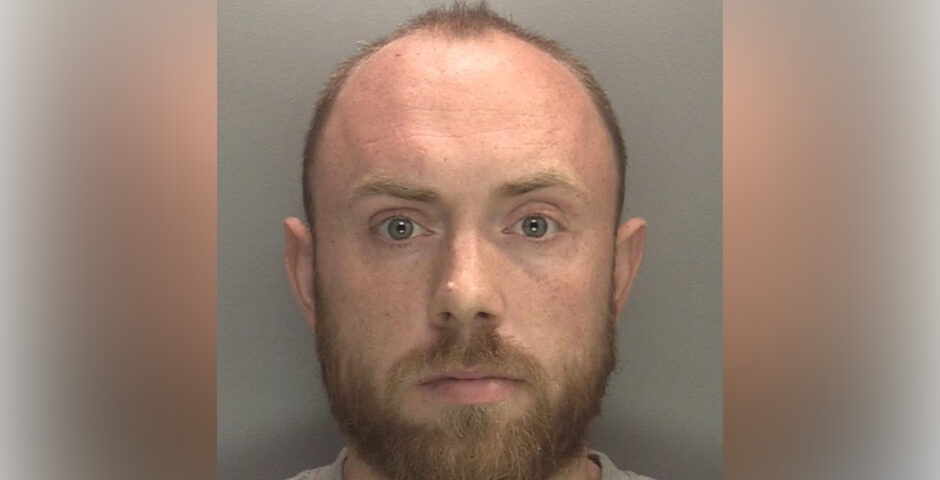 Luke Sargent, 31, has just been jailed for 18 years after he raped a 20-year-old woman in the Selly Oak area.

Sargent has been convicted of rape in the past, after he raped a 15-year-old girl on Christmas Day in 2011 he served six years in prison.

It has been found that Sargent grabbed his victim on June 8th 2022, and dragged her into an empty property that was being renovated, as she was walking home.

There is CCTV footage that shows Sargent spent some time following different groups on women before targeting his victim in Selly Oak.

Before violently raping the 20-year-old woman, Sargent threatened to slit her throat.

Sargent has been found guilty of the rape attack in Selly Oak on June 8th and has been served an 18-year sentence, with a minimum of 12 years in prison.

The victim had “convinced her attacker she would keep quiet for £20 hoping the note would contain his DNA“, police said, and she also remembered as much detail as possible, which enabled her to identify him on an ID parade.

The woman made an emotional statement to the jury at the Wolverhampton Crown Court, she said how she “was just trying to walk home”. She also told the jury: “I’ve since looked back at pictures of my friends and I out having fun the same night before I was attacked, and I just want to scream out to younger me to run, that she’s in danger, to go find safety, as she has no idea what she’s about to endure”.

The officer investigating the case, DC Andy Carnall spoke out, saying: “It is testament to the young woman that she bravely reported what had happened to her.

“This is a significant sentence which reflects the danger Sargent poses. I commend the young woman for her tenacity and bravery during the investigation and trial.”

A spokesperson for The West Midlands Police said: “If you’ve been subjected to a sexual assault, no matter how long ago, we have specialist officers to help you through the justice process. It’s important to note that victims of rape are protected by law and have live-long anonymity.

“We work with a range of support groups who can offer advice including The Survivors Trust, which is there to help survivors of sex crimes and their loved ones – they’re on 08088 010818.”

To find out more, visit the West Midlands Police website here. Alternatively, if anything in this article has affected you there are other helplines available: Rape Crisis, Supportline, The Survivors Trust

•Yordanos Brhane, 19, murdered after saying she did not reciprocate man’s feelings

•Lily Sullivan, 18, murdered by a 31-year-old man after rejecting his advances