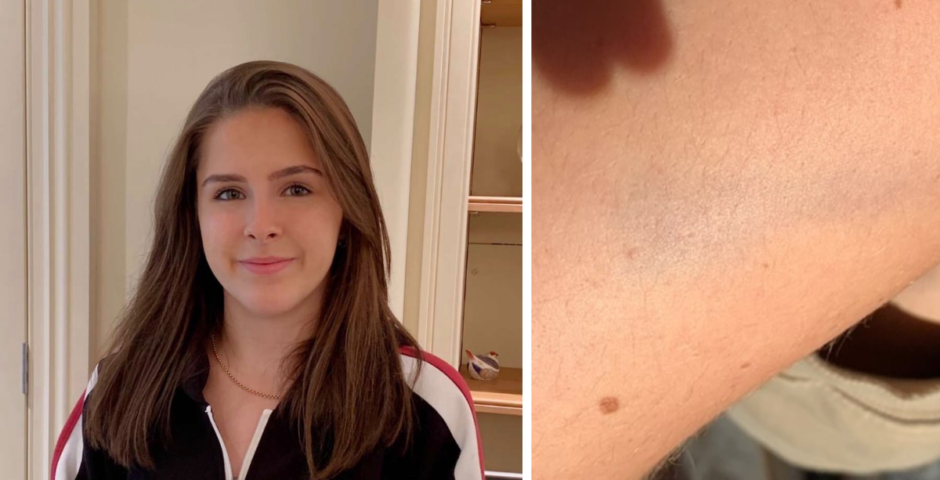 A University of Birmingham student claims to have been spiked by injection whilst at the Guild of Students club night, Fab ‘N’ Fresh.

Third year student Amy Taylor says her legs felt “fuzzy” before she was drifting in and out of consciousness. Her arm was bruised and, after being taken to A&E, she says a “puncture wound” was found in the bruise.

The student has since been in contact with the Birmingham Guild of Students and West Midlands Police. 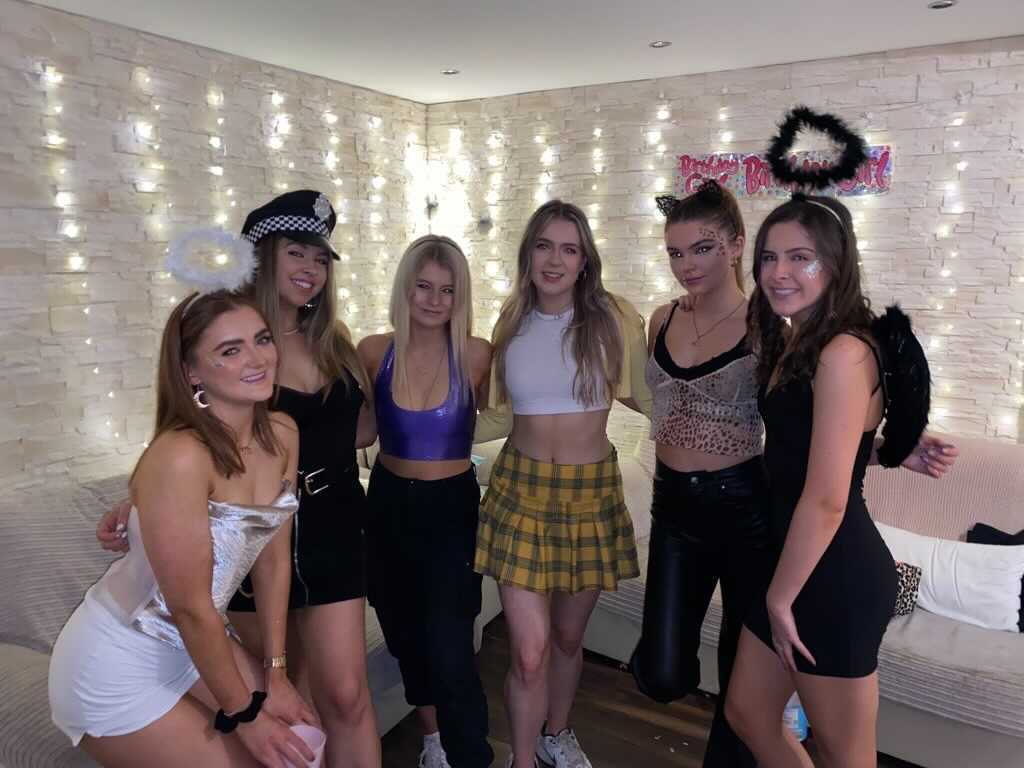 After attending Fab ‘N’ Halloween at the University of Birmingham’s Guild of Students with friends on Saturday night, Amy believes she was spiked by injection.

Amy told The Birmingham Tab: “It happened at the end of the night between 2:30am – 3am. I started feeling a throbbing in my right arm and looked down to see a weird looking bruise, but ignored it and thought I was overreacting.”

The BSC Human Biology student told The Birmingham Tab: “My legs started feeling fuzzy and my teeth started chattering and although I had drunken a lot that night, I have never acted like that when I’ve been drunk before.”

After sitting down with her friends “my eyes started rolling back into my head and I started drifting in and out,” she said. “My friends alerted staff at Fab and (they) helped me to the chill out room because I couldn’t feel my legs or walk properly.” Amy said staff advised her friends to take her to A&E in an Uber because the ambulance wait time was so long, helping her into the car because she could not walk.

“In A&E they didn’t really take me seriously at first, but then I collapsed in the waiting room and was taken into resus. Here, the hospital staff looked after me, monitored my blood pressure and took ECGs to observe me and check I was okay. They also took a urine and blood sample for toxicology and said my pupils were very dilated,” she explained.

“They also found a puncture mark in the bruise on my arm. Once I was feeling better they gave me a Hepatitis B jab and discharged me with my friend to go home and advised me to call the police.” 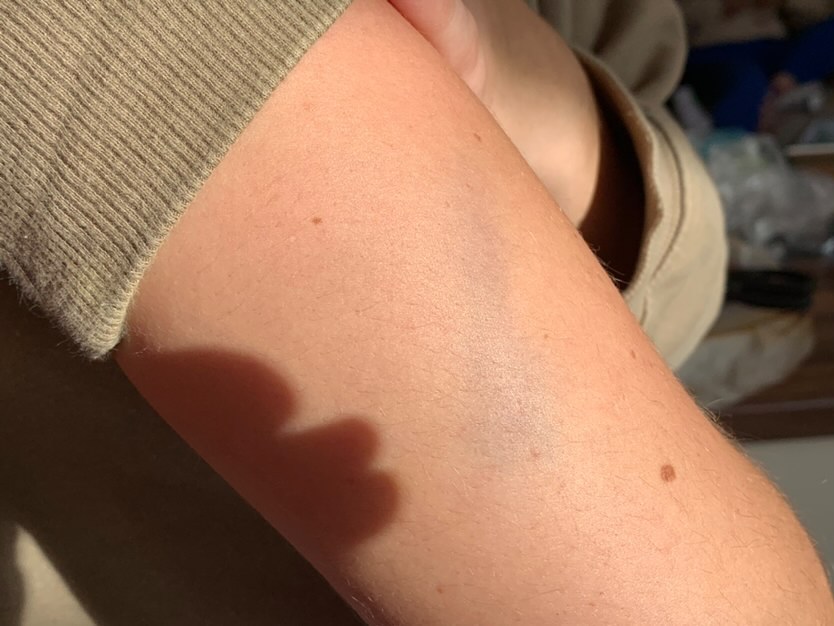 Amy detailed to The Birmingham Tab: “The police were very matter of fact about it – they came to the house the morning after to ask questions, take a picture of the outfit I was wearing to track me on CCTV, and take another urine sample.”

Describing the response by the Guild of Students, who organised the event, she said: “The Guild have actually been really helpful – they’ve been calling me to check up on how I’m feeling and offer support. They’ve been keeping me in the loop with their plans for how they’re going to make Fab (‘N’ Fresh) and Sports Night safer in the future.”

Amy shared with The Birmingham Tab the effect the incident has had on her. “It’s definitely been mentally challenging to accept and understand what happened,” she said, “but having friends who have supported me through the aftermath has been amazing.

“I’m not going to go on nights out for a bit and when I do, I don’t think I’ll drink for the first few nights so I am very aware of my surroundings.

“Although this might not prevent spiking, and I shouldn’t have to do this, I’ll feel safer and more in control,” she said.

The Third Year student is keen to spread awareness of her experience and will be speaking on BBC Surrey at 0700 on Friday 5 November to discuss the incident.

West Midlands Police told The Birmingham Tab: “These incidents have been reported to us and we’re investigating.

“We know that lots of people are posting about their experiences online and we’d continue to encourage them to contact us to let us know what’s happened – like these women have. We need this to get a better understanding of what is happening and see what we can do to prevent them and bring those responsible to justice,” the spokesperson said.

“We are taking all reports seriously and would encourage anyone who believes they have been a victim of spiking in any form to contact us via Live Chat at www.west-midlands.police.uk 8am – midnight, or call 101 anytime. To remain 100% anonymous, please call Crimestoppers on 0800 555 111.”

West Midlands Police described to The Birmingham Tab that they are continuing to run “perpetrator-focused operations” and are “working with door staff, venues and Street Wardens.”

“We want people to feel safe and be safe. We continue to work with bars to create safe spaces, and to carry out patrols focused on identifying suspicious behaviours that may lead us to take further steps. We’re also working with support organisations and health care professionals who manage Safe Spaces during busy weekends across the West Midlands,” the spokesperson said.

The University of Birmingham’s Guild of Students told The Birmingham Tab: “We are aware of a number of incidents within our venue and have reached out to support those involved. We are also cooperating with police investigations.

“The Guild cannot comment on individual cases, to respect the privacy of students. We have implemented a number of enhanced measures to increase student safety which are set out in our recent statement and published on our website,” they said. These new measures include increased bag searches, personal searches, use of metal detector wands, passive drug detector dogs and increased police presence.

The Guild told The Birmingham Tab: “We are holding an Open Meeting this Friday (5 November) so that students can voice their safety concerns and make further suggestions for how we can improve student safety. We have also sought feedback from students via a special Instagram post.” The meeting will be held from 1600 in Beorma Bar.

“We are actively considering the implementation of further measures, and will be reviewing students’ feedback carefully. We will be releasing further information shortly,” the spokesperson said.

In a statement released by the Guild, the full time officer team wrote that they are “very concerned” of the reported needle spikings at Fab ‘N’ Halloween.

“Please be assured that your safety is extremely important to us and we want you to feel and be safe on nights out,” the Guild team wrote.

“We are in contact with the students involved on Saturday and we are working closely with West Midlands Police, Guild Advice, University Security and Wellbeing services to ensure that they receive help and support. We will cooperate fully with any police investigations.”

The team added: “We want to make it clear that we have a zero-tolerance approach to anyone who is caught spiking someone with a needle or someone’s drink, and will not hesitate to report the matter to both the police, and the university.”

For support or advice surrounding drink spiking or safety, contact UBHeard on 0800 368 5819 or Guild Advice. Talk to Frank also has information on spiking including how to stay safe and what to do if you think you’ve been spiked.