Start your engines henny, because RuPaul's Drag Race UK winner The Vivienne is sashaying her way to The Guild later this month. 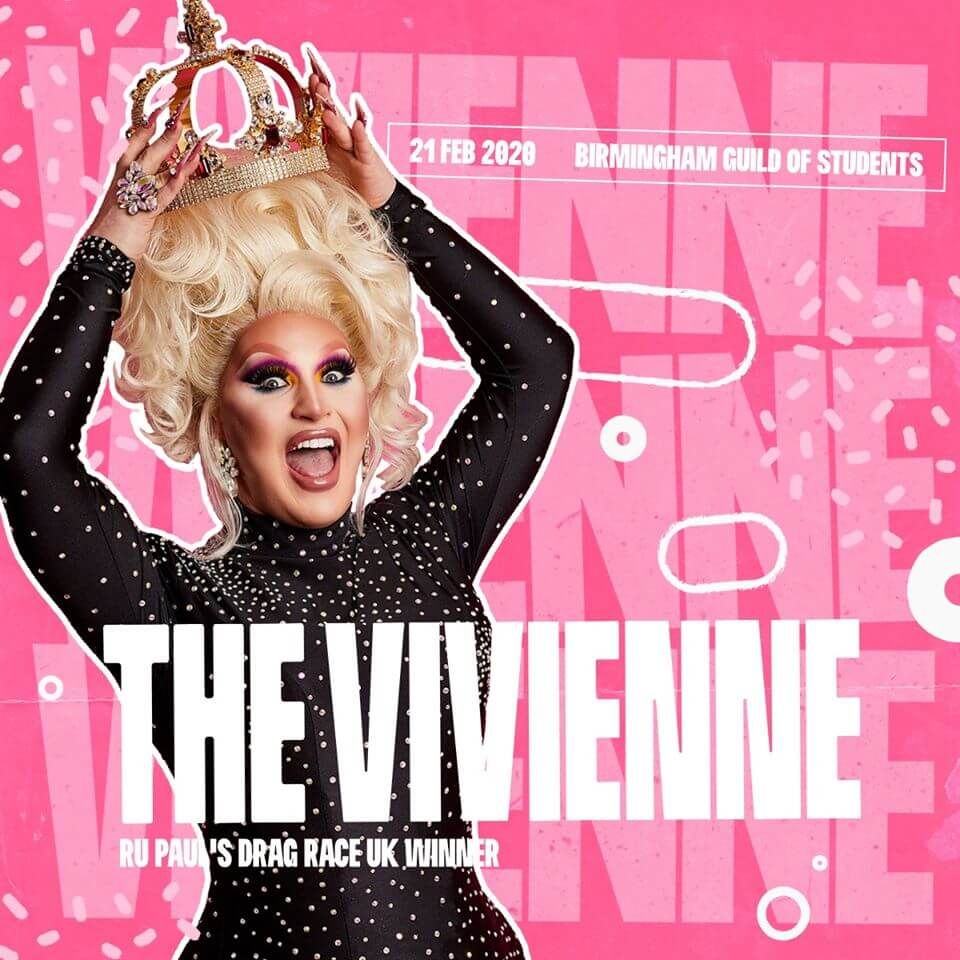 We're told that we can expect "a night of dragtastic lip-syncing and shade", with "fierce local Queens, fire DJs and bucketfuls of glitter".

Catch me and @bagachipz on @comedycentraluk ROAST BATTLES TONIGHT AT 10pm!

Former Guild President and Drag Race superfan, Reece Roberts, told The Birmingham Tab that students ought to "get a big piece of duct tape and tuck your toxic masculinity. Aint nobody got time for moshing to Mr Brightside. Everyone should camp it up and let themselves enjoy this part of queer culture."

He also said that it's particularly "great that it is at the Guild, especially during LGBTQA month."

"Be a great ally, read up on drag and queer history and comedown in your best lash, honey."

All ready for you Birmingham ❤️ #cher

Hailing from Liverpool, The Vivienne stormed through the first series of the UK drag race, and was a firm fan favourite from the onset.

A second series of the hit show has been confirmed.

The Vivienne is performing on the 21 February 2020 and tickets are available here.