Birmingham Students For Life have been paying to advertise their page and events on Facebook.

The advert was spotted by a University of Cambridge student on Monday morning, and advertised the society's upcoming event on Assisted Suicide. 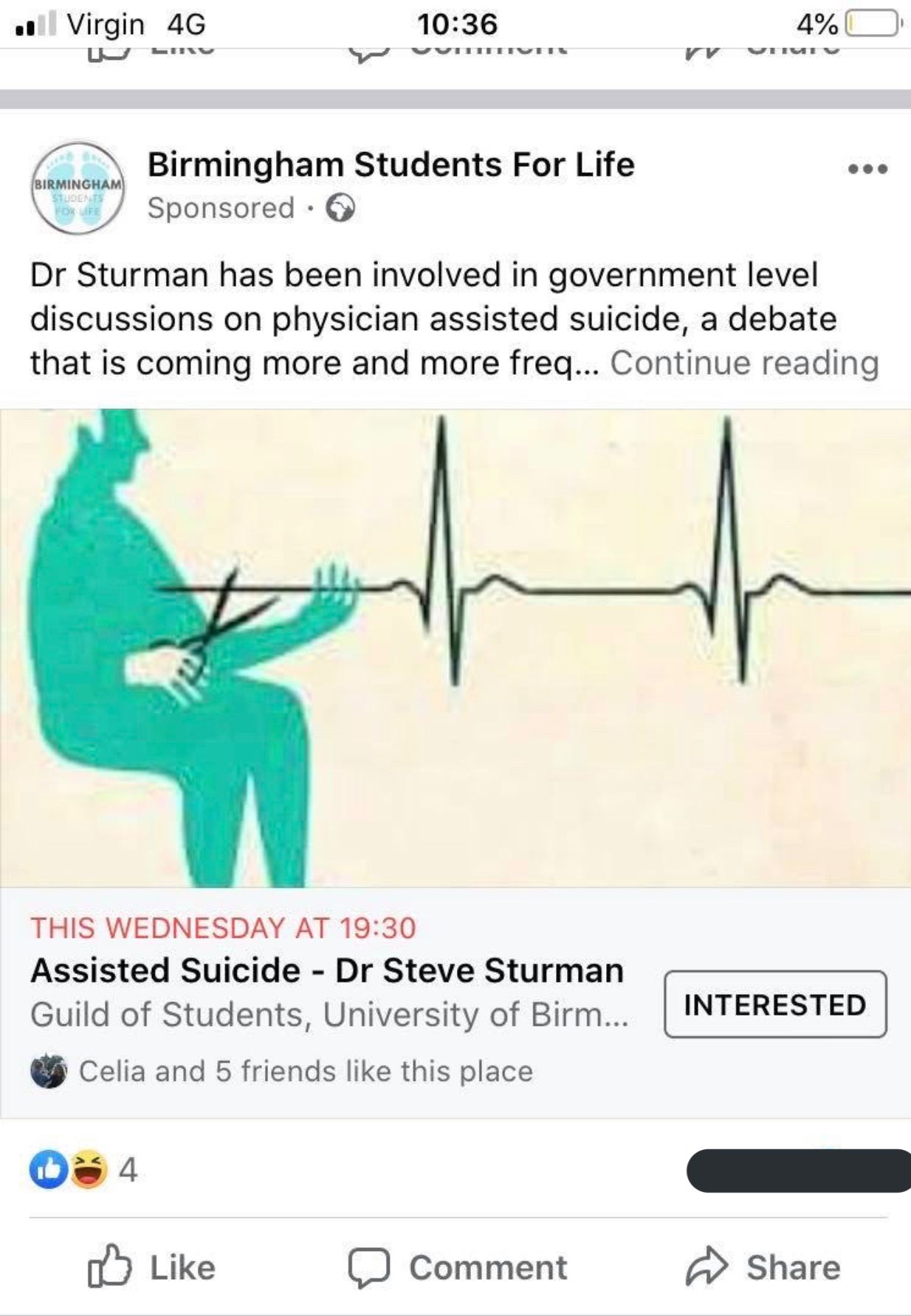 The ad which showed up on the student's timeline 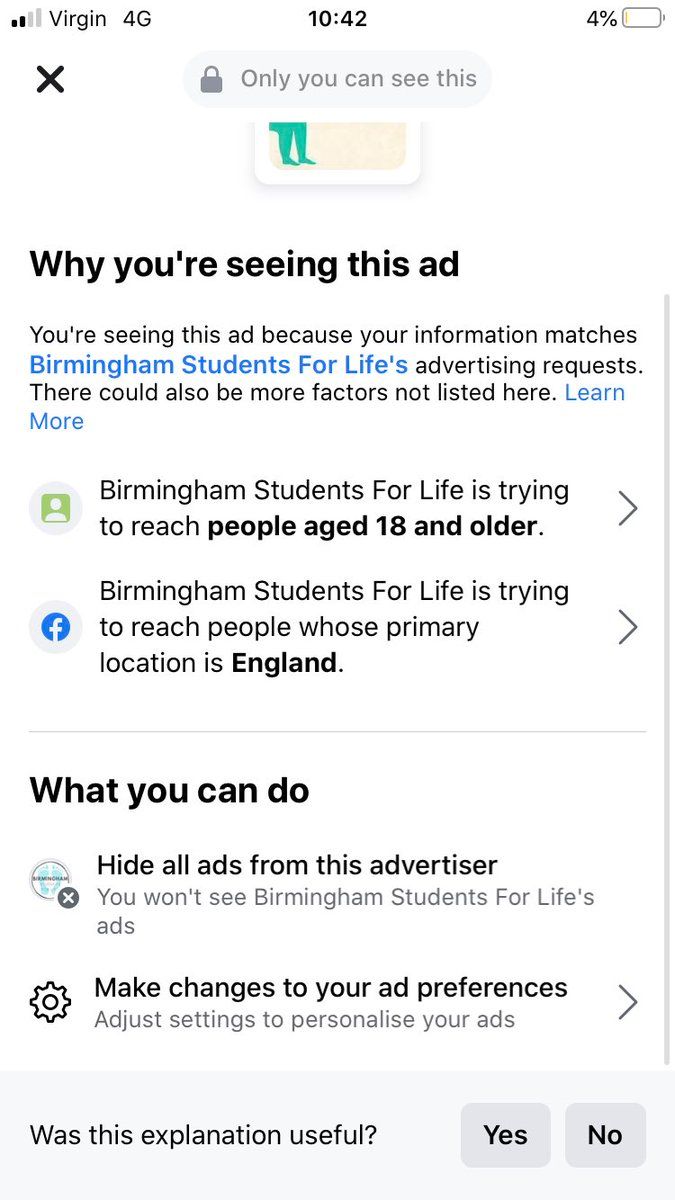 The student told The Birmingham Tab: "Seeing content that is pro-life on my Facebook upsets me, as a survivor of sexual assault, abortion is a sensitive issue to me.

"I think the society choosing to force their views onto people by advertising on Facebook is inconsiderate. Seeing pro-life content on Facebook which is meant to be for me to use in a social way with my friends ruins my experience on it and is shocking."

The Birminghan Tab contacted Birmingham Students for Life who told us "Fb give free ads when your page hits a new ceiling of liked ect [sic].

"Which we used on our next event – a talk by a doctor on assisted suicide and why he's against it."

The society are no strangers to controversy, given the subsequent creation of Birmingham Students For Choice.

A spokesperson for Birmingham Students for Choice told The Birmingham Tab: "We are disappointed that the Guild of Students continue to fund a society that pays for the spread of misinformation on Facebook.

"While we are working hard to destigmatise reproductive rights on our campus, the online world is another realm entirely.

"We will aim to strengthen our presence online to combat this toxicity. Our society operates as a safe space for anyone affected by the actions of this group." 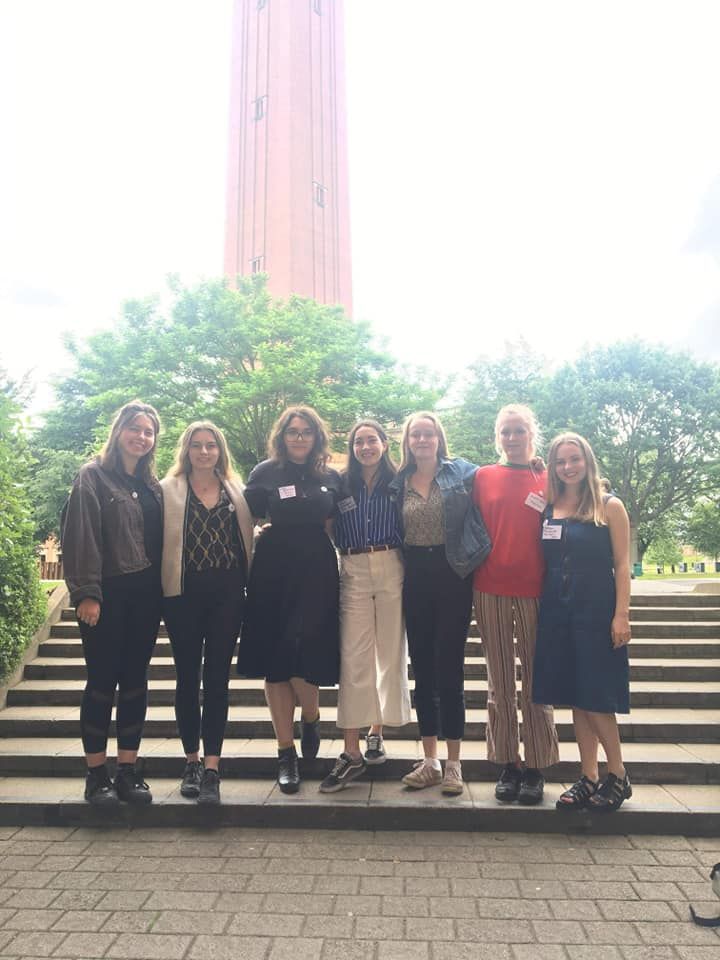 Whilst the Guild does not ban advertising on social media, few choose to make use of it.

The Guild and the AEO have been contacted for comment.