UoB Sport & Fitness vs Tiverton: which gym should you choose?

It’s Gym Wars, and here are your contenders

As the academic year at UoB starts, so does the inevitable 'this year I'm gonna get a gym membership and work out soooo much'. Studies have shown that making resolutions at the beginning of the academic year tend to be more successful than those who make pledges in January. With this in mind, here's our guide to choosing the right gym for you.

Reason #1 – It's the mothership

Let's not lie. It's a very sexy gym. Its mahoosive. There's a way greater selection of machines, especially cardio and isolation ones. It's got class. It's got style. It's got finesse. Many would argue that it's defintiely worth the money you fork out for it.

With sport and fitness you can combine any selection of gym, swim and squash, with the price lowering if you choose the off-peak option. If you want variety then a Sport and Fitness membership makes the most sense. Side note: the off peak hours are still pretty favourable if you enjoy working out early in the morning or late at night.

This pool is amazing. Obviously I'd rather be swimming outdoors or somewhere tropical, but when you live in a city with no lidos, then a decent indoor pool is most welcome and I love this one! ??‍♀️ #swimming #birmingham #olympicpool #exercise #fitness #swimmingpool #cityswimming #ubsportandfitness

If your gym routine consists of putting on a gymshark two piece, pedalling on the bike for 7 minutes and then stretching for a bit before posing for a #postworkoutselfie then the Tiverton Gym probably won't give you the best backdrop.

Think of the Tiverton Gym as a friends with benefits. It's low cost, so less commitment- you won't be feeling as guilty when you inevitably sack it off to sleep/watch Netflix/do anything. You don't have to take it out for a meal before they turn around and tell you they've been seeing someone else for the past six months. 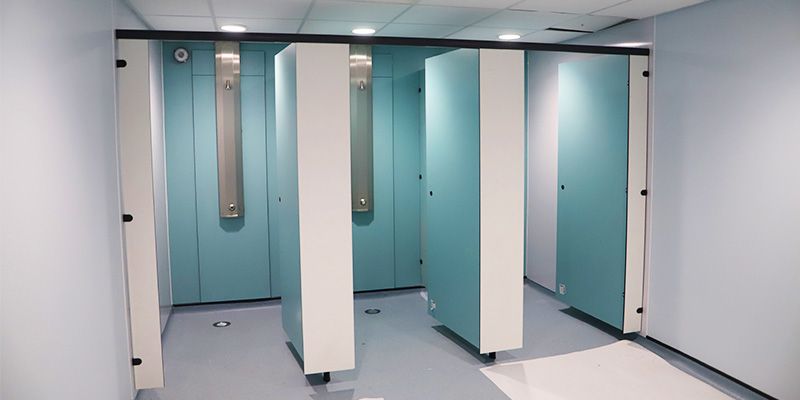 The Tiverton Gym is nestled right in the heart of Selly Oak amongst thousands of students homes, which makes commuting there a little easier. It may sound ridiculous but that slightly shorter commute may give you less of a reason to bail, and instead get off your arse and get in the gym.

The Tiv Gym is no frills which is great for the students who are no-nonsense and just want to get their workout in for the day. The department have really listened to student feedback. They've put in loads of squat racks, acknowledging how crowded that section of the gym floor got last year. There are still showers in the gym too so the facilities are still top quality but there just aren't the bells and whistles of Sport and Fitness.

So, if you like the variety of the Sport and Fitness gym and actually use other facilities such as the pool or squash courts, then you're better off sticking with what you know. However, if you only use the gym, want to save money and would rather a shorter commute then the Tiverton Gym is for you.