We spoke to the UoB student who won £3,550 on BBC’s Catchpoint

That would buy 710 Fab tickets!

If you just love a set of big pink balls on your Saturday night telly, then look no further – BBC's Catchpoint, presented by Paddy McGuinness, is the programme for you. (To be clear, the show involves catching rubber balls as they fall from the ceiling, in order to answer trivia questions for money – what else would it be?)

And, to make matters even more exciting, second year UoB student, Carter Lau appeared on the show last Saturday, and walked away with a combined total of £3550, alongside his friend and De Montfort University student, Rachel Gresty.

The Birmingham Tab caught up with UoB's own Carter, to see what he'll be doing with with his winnings.

How did you get on the show?

"Rachel and I had been trying to get each other on a TV show for a couple years, so I thought it would be funny to apply for a game show. It was surprisingly easy to apply, I just searched it into Google. To our complete surprise, we got an audition – then we actually got on the show…. and then we actually won!"

Did you try and prepare for the questions?

Were there any embarrassing moments?

"I mimicked “caressing” breasts, like a bra, which was pretty embarrassing. We also revealed to the world that we have a Finsta account for each other, which isn't ideal."

(See the finstas, in all their glory, here and here)

"He's a top bloke! Before filming, the producers had told us that he was a lovely guy and that for the previous shows he would pop into to see the contestants to calm some nerves. And that’s exactly what he did! A super present, funny and personable guy."

Do you regret not going for the 10k?

"Absolutely not! Rachel has always been the bigger risk-taker out of the two of us, and even she admitted she would not have been able to catch the ball. Most of the people that have messaged me have agreed with my choice! Though if we were more confident with the answer, I definitely would have risked it!"

What are you going to do with the money?

"So we both won £1750 each, which is amazing – I'm going to Singapore next year to study abroad, so, I expect a lot of it will be spent on getting there and on my living costs. I also would love to learn to drive!"

How have your mates reacted?

"It's been quite mixed! Mostly people have just been sending me ugly pictures of me on their TV though, lol. I hosted a small viewing of it and had a few friends round, and naturally we cheered and booed when we caught and dropped the balls." 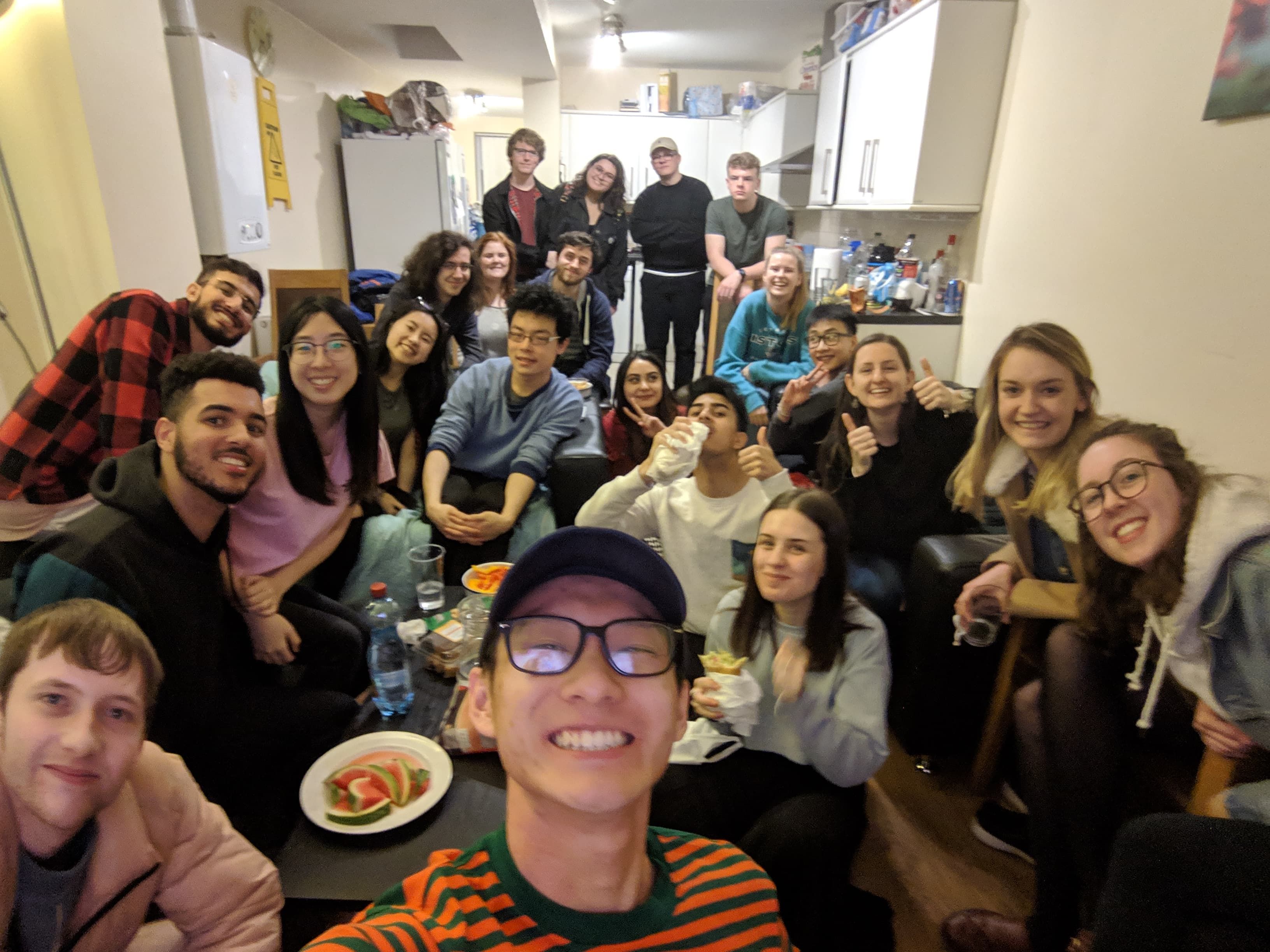 A whole lot of love and support at the viewing party.

Any messages for your fans?

"Would like to say thank you to everyone who tuned in! Really means a lot, and I would recommend you all to apply for a game show – even if we hadn't won, it was such a brilliant weekend."

Watch Rachel and Carter on Catchpoint, via BBC iPlayer.