Pro-Life Student Group approved by the University of Birmingham Guild

The group was approved by the Guild this month

The University of Birmingham Guild of Students has approved the formation of a new "Pro-Life" society.

Although the "Birmingham Students For Life" Facebook page was created in July 2018, the group was only approved by the Guild on Thursday 7th February, with their application having been deferred twice. According to a source at the Guild, who wishes to remain anonymous, the group "had to dig up loads of zero tolerance policy to ensure that it could be established".

With some believing that Pro-Life societies are inherently damaging, the foundation of the group has been met with contention. One anonymous Brumfess post asked "How can we put a stop this?". Second Year student, Kate Langford, was similarly appalled, saying: "If you’re anti abortion for yourself that’s fine but I think it’s just not the right place to have a society like that."

However, some have defended the society, arguing that to ban it would be to undermine free speech. One comment stated that "Being pro-life is a completely legitimate belief and people who believe that have a right to form a society, providing they respect those of differing beliefs." 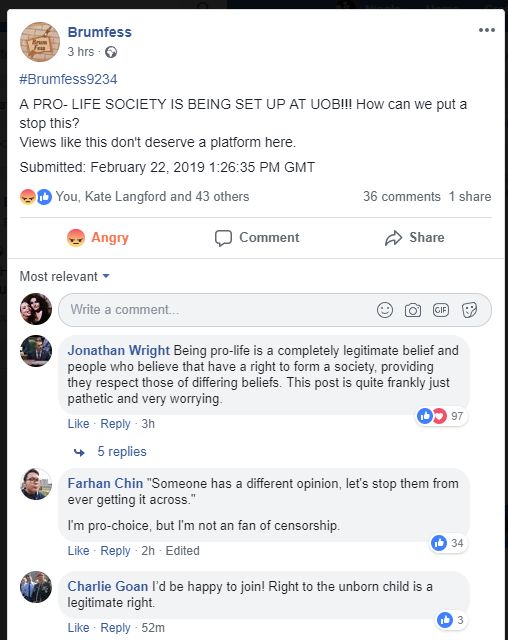 Anonymous Brumfess post protesting the society, with some commenters defending the formation of the society.

The Birmingham Tab reached out to Birmingham Students For Life for comment. They stated that "Whilst it may not be a popular public opinion to have pro life views, there are many students on campus who do hold these views and we are pleased that the guild has recognised this and given us the freedom to be a society and have a platform where we are able to meet and discuss matters that we believe to be important.

"We completely understand that the society will have many critics, however, we would like to emphasise again that we firstly do not want to cause any harm to any woman on campus, we do not condemn anyone and we firmly believe in being a peaceful presence on campus, where people do not feel pressured in any way and are able to approach us on their own terms. […] We have agreed to work closely with the Guild to ensure events are in no way offensive and harmful to anyone."

Speaking to The Birmingham Tab, the Birmingham Women's Officers, Alif Trevathan and Holly Battrick, condemned the formation of the group; "We would like to make it clear that we categorically disagree with the approval of Birmingham Students For Life (as the society is named), and have tried our best to prevent its formation every step of the way. We have also passed policy in the Guild's Beliefs and Commitments stating that the union is explicitly pro-choice and will always support a student's right to choose abortion. This policy was supported unanimously by GPDG (Guild Policy Development Group), which is an elected body of officers and students who make decisions on Guild policy. Abortion forms an important part of reproductive healthcare, and free access to it must be protected at all costs. Freedom of speech is undeniably an important value in our society, but this should not come at the cost of other people's safety. Freedom of speech does not mean freedom to incite hatred or violence or bigotry. The so-called "pro-life" stance is one we believe to incite misogyny and hatred by way of policing people's bodies and right to bodily autonomy. It should never be welcome in our student's union. We will be making a complaint to the Guild of Students SGX (Student Groups Executive) in the next few weeks." 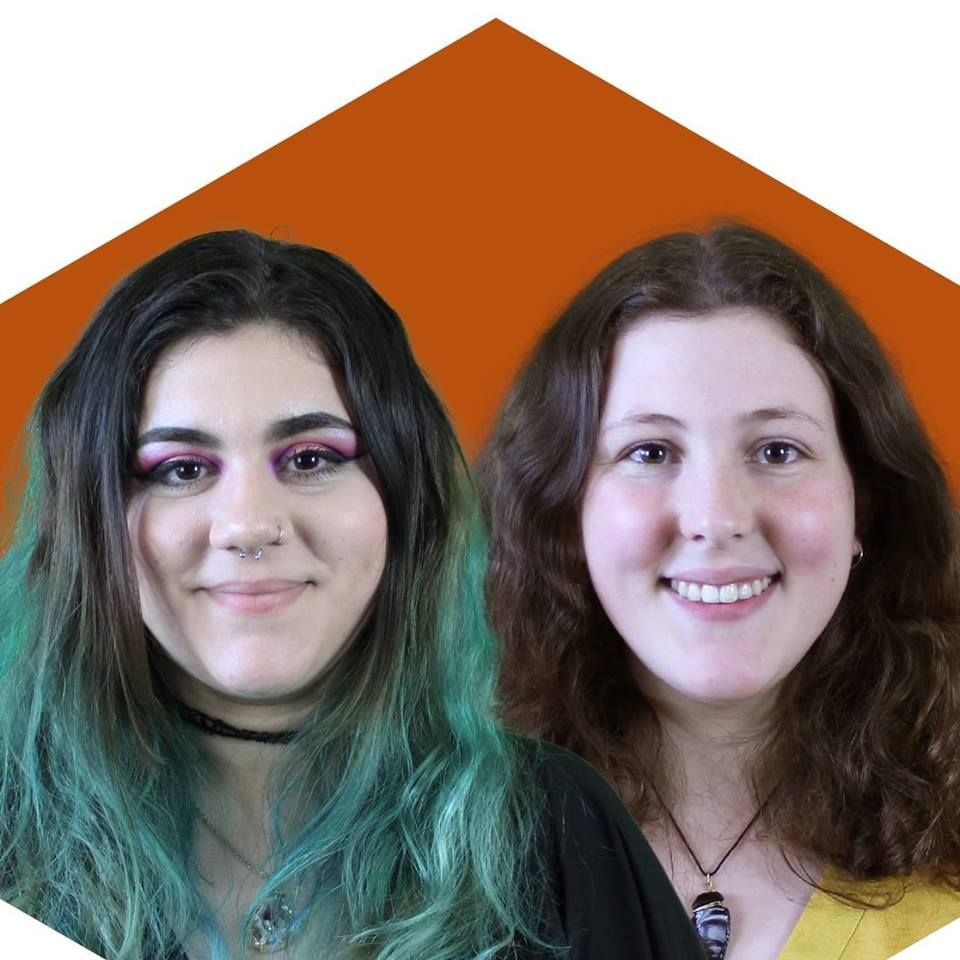 This is not the first time an anti-abortion student group has been the subject of controversy on university campus'. In November 2018, the University of Glasgow banned a pro-life group from affiliating to their Students’ Union. The anti-abortion charity, Life, was also banned from three university Freshers' Fairs in 2018.

The Guild of Students have declined to comment at this time.