A witness claims to have seen "two guys with black hoodies set off what looked like a stick of dynamite in their hand and threw it across the road".

The firework smashed a window and caused minor injuries to two people.

A post on Fab N Fresh states that the boys were 13-16 years old. 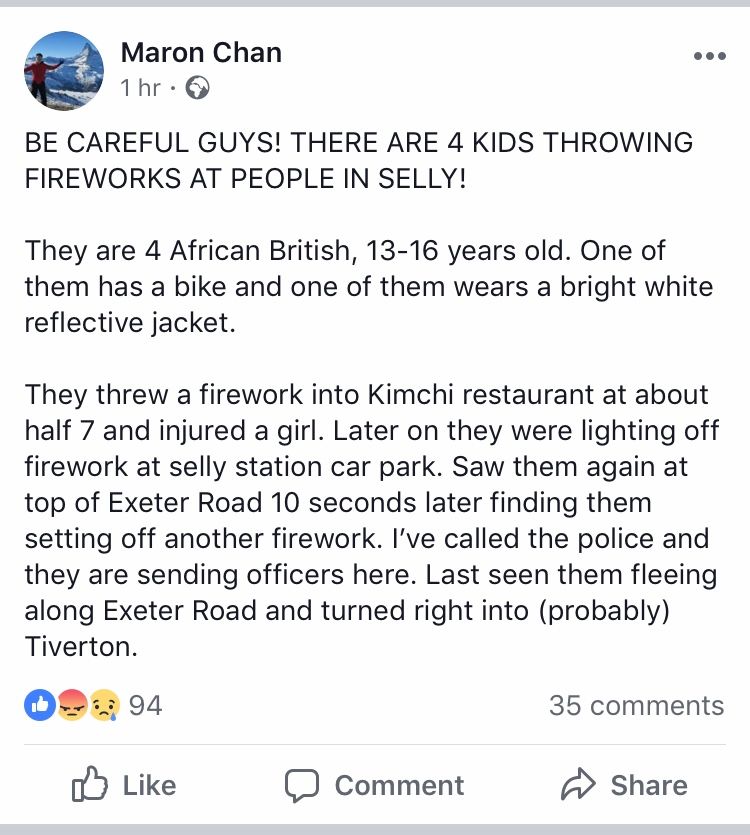 The boys threw a firework into Kimchi restaurant on Dawlish Road at around 7.50pm on Saturday 3rd November. A witness reports that the boys ran into the restaurant, threw in a lit firework and ran. 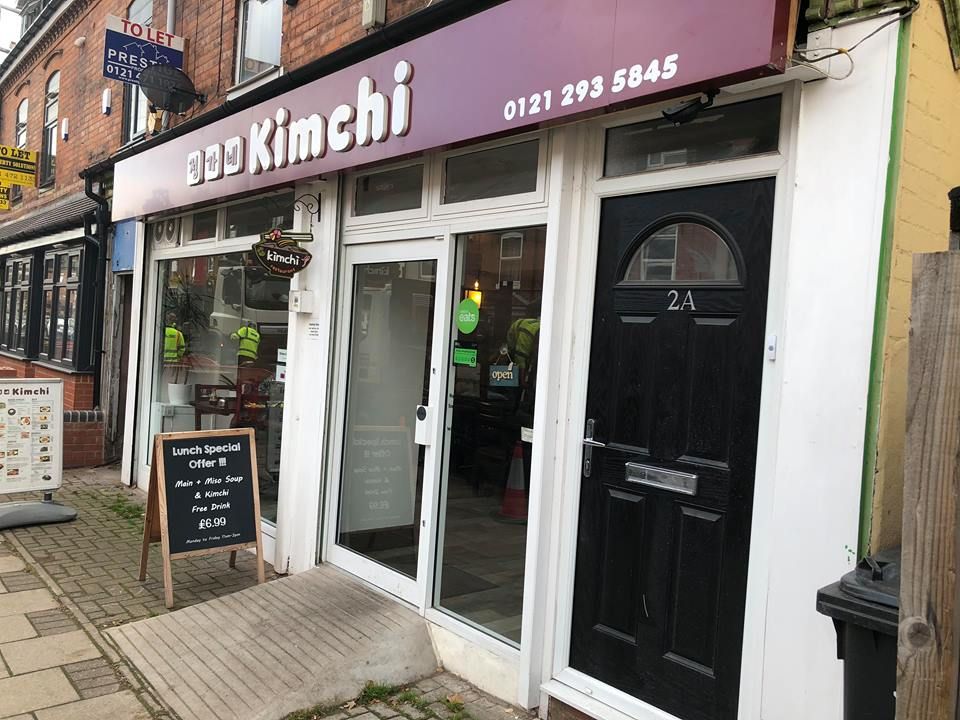 Kimchi- where the attack happened

The police report states that the firework smashed a window and caused minor injuries to two people.

The boys travelled around Selly Oak for the evening setting off fireworks at Selly Oak station car park as well as the top of Exeter Road.

The police confirm that they also received reports of "fireworks being thrown in Exeter Road, Selly Oak at 8.30pm and again at 9.40pm. No-one was injured and no damage was done to property."

One student at the University of Birmingham, Maron Chan says that "it was the encounter with them that really scared me off." He first saw the boys in Kimchi but again at the train station setting a firework off "straight into a car" before running away.

Chan says he shouted at the boys but they ran off. He then turned into Exeter Road and encountered two of the boys lighting another firework. At this point, Chan contacted the police who promised to send officers to the area.

Further comments on Maron's post on Fab N Fresh show that the boys continued down Dartmouth Road and onto Heeley Road.

One witness says she "saw a lad walking all dressed in black holding something that was shooting off fireworks in front of him heading down the pavement."

Following this, another witness claims to have seen "two guys with black hoodies set off what looked like a stick of dynamite in their hand and threw it across the road. When it went off the fireworks were going off on the road and sprayed a parked BMW with sparks. We then saw them go onto Heeley."

Later on in the evening, reports surfaced of fireworks being shot at houses.

Anyone with information can contact us via Live Chat at west-midlands.police.uk between 8am to midnight, call 101.

This incident follows a recent attack on Tiverton Road in which a firework was thrown at a girl from the window of a car.