The Sinnerman ‘chased’ the sesh, and the sesh won

Paul Sinha, also known as The Sinnerman from the popular TV show ‘The Chase’, attended a house party at a student house in Birmingham last Thursday. Photos on social media reveal that Sinha ended up fairly drunk.

As well as taking part in ‘The Chase’, The Sinnerman also works as a stand-up comedian when he’s not impressing the nation with his exceptional wealth of knowledge.

Sinha had been performing at a comedy night in Birmingham on January 19 but inevitably decided to head back to a student house for a drinking session after the show.

UoB student Izzy Hendley posted a selfie with The Sinnerman on Instagram which captioned: “When you end your sesh with the sinnerman.” 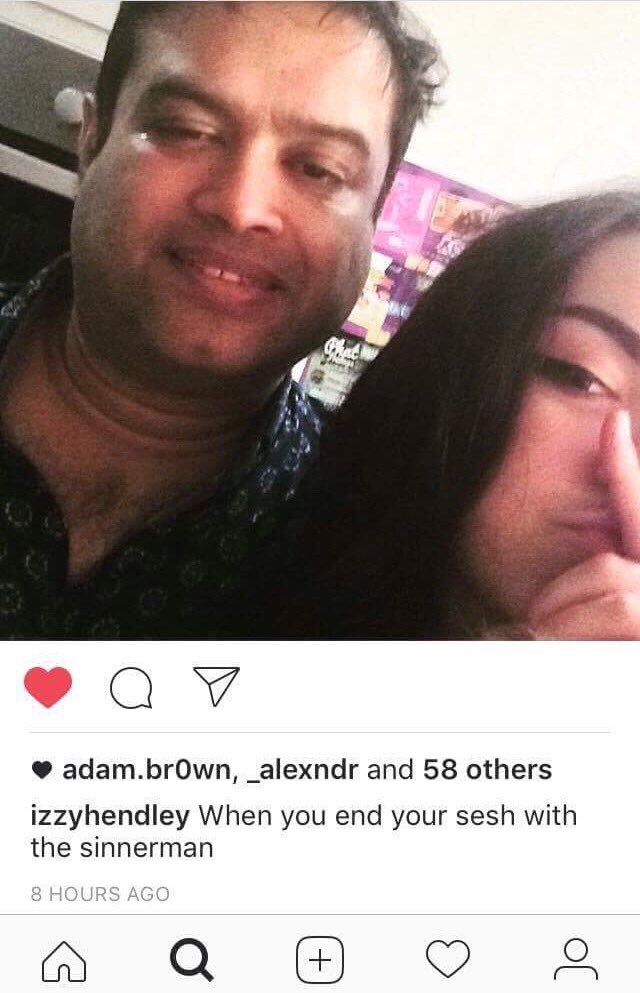 When a friend, Marianne Holt screen-shotted the photo and uploaded it on Twitter, it was re-tweeted and shared thousands of times.

Clearly, The Chase fans loved the fact he was up for a wild night, however they did admit that Sinha “looked wrecked”.

It appears that Sinha might have regretted his actions in the morning as he later revealed he participated in Dry January via Twitter. Unfortunately he was unable to avoid the temptation of alcohol and failed the challenge with 11 more alcohol-free days to go. 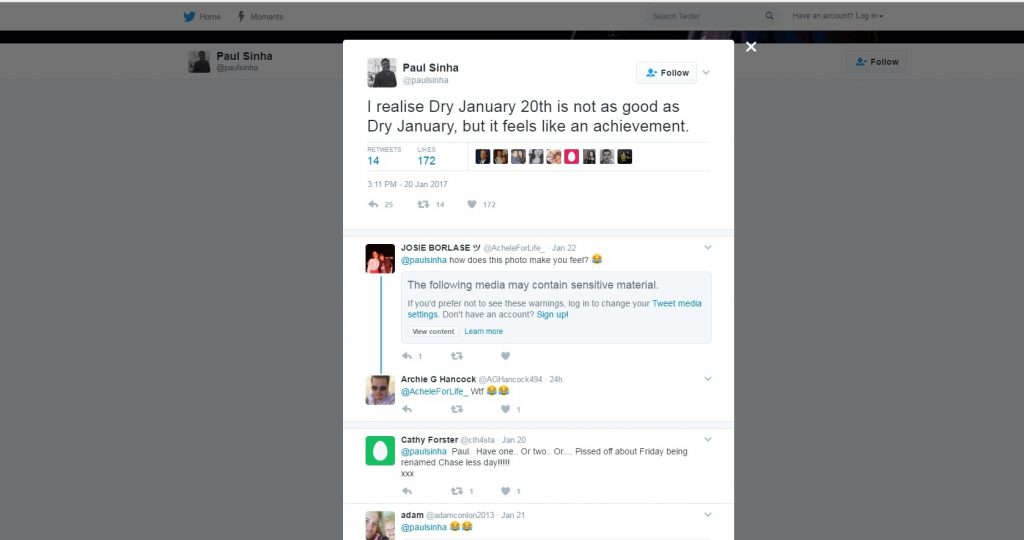 The 46-year-old ITV star initially trained as a GP before appearing on ‘The Chase’. Instead, he now performs comedy shows around the country alongside the TV show.

The Sinnerman has built up a ‘party animal’ reputation, as other people share their stories of drinking with Sinha.

Maybe one day we will be lucky enough to do the same.