It’s about bloody time we talked about periods

By talking about it, we normalise it

A company in Bristol announced a plan to introduce menstrual leave prompting debate as to whether this was necessary. It’s possible to argue both for and against as a feminist; either it acknowledges that some women do go through hell when they are on their period and compensates them accordingly,  or it reinforces a view that women are weak, and cannot be trusted when they have the painters in.

Misogynists have long been saying ‘we can’t have a woman president, what if she gets her period and starts a nuclear war’ and these plans may give support to such claims, which surely wouldn’t be something anyone wants. Furthermore, it doesn’t seem fair that those lucky bitches who don’t get cramps be granted the same leave as someone who is physically incapacitated by their period.

However, I think there could be a way to start to find a compromise. And that is, by just bloody talking about it. 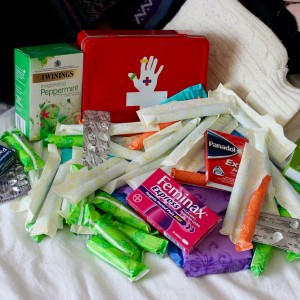 I went to an all girls secondary school and so for me, it is completely normal to talk about my flow over dinner, moan about a dislodged tampon during class or ask anyone for a sanitary towel. It was a shock to me when I started to be around boys, to discover that period conversations are not the norm. I asked my male friend for a tampon once, in a moment of stupidity, forgetting that boys do not tend to carry sanitary items on them. I remember complaining about my period to a group, of mixed gender, and the looks of pure shocks and horror on their faces. Don’t talk about this in front of the boys, seemed to be the unspoken cry.

There is a strange sort of taboo about menstruation. In year four, when we were given the period chat, all the boys were sent out of the room, as though they would never need to know about it. It’s not like every single woman they knew would be spending a quarter of their lives on their period, or anything. It’s not like they might one day have daughters, girlfriends or wives. But whatever. The fact boys aren’t taught about periods naturally leads to a load of strange myths being spread about them. When I couldn’t go swimming as I had my period, a boy said to me ‘can’t you just hold it?’. He thought periods were essentially piss, and you could chose when to have it. Another boy I met thought that the period was the only time a girl could get pregnant. I didn’t correct him, so that poor kid probably ran into some trouble later on. Sorry mate.

It’s not just boys who are misguided when it comes to periods. A woman was telling me, how a colleague of hers had somehow made it to his thirties, been married, had daughters and only recently learnt that periods were not optional. He had lived his whole life basically believing that women could chose not to have periods and that they chose to have them because women were inherently lazy. It beggars belief.

Then you have a whole load of men who think periods aren’t that bad, and that being kicked in the crotch is worse. I am so tired of that debate. It’s a non-debate and I don’t have to have a dick to know that. I’m sure being kicked in the crotch hurts. But it does not compare to being in agonising pain in your stomach and back for four days, whilst having blood pour out of you all the day and night. And believe me it pours. And not nice and blue like in the adverts. It pours gooey red blood, and it pours brown dried congealed blood, and sometimes chunks of who-knows-what colour blood just pops out your vagina. These are the facts of my life, and every other vagina owner’s, and it’s time we started talking about it. If we talked about it more, men would probably be more understanding to women who would benefit from menstrual leave. Some women are run down completely by their period and that doesn’t mean that they are weaker than women who aren’t, because periods affect us all differently. I have a friend who has never experienced cramps. She thought they were made up. She thought I was just faking them to get out PE, which in her defence I sometimes was. But sometimes I wasn’t. Sometimes my cramps were so painful I just needed to lie down and pill myself up on Ibuprofen for a couple of days. Some women have periods so painful they faint and feel sick. By talking about it, we normalise it and make it understandable to everyone. If boys grew up, knowing the horror of periods they would perhaps be more sympathetic and perhaps less prone to making terrible ‘are you on your period’ jokes when a woman is annoyed. 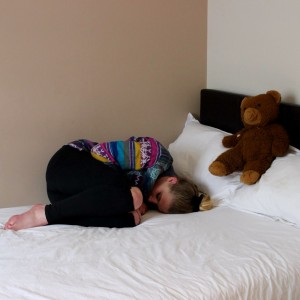 Cramps are worse than being kicked in the balls, case closed.

It would also benefit other women. If we talked about our periods, we would know what’s normal and what isn’t and would get checked out sooner. Fainting when on your period can be a symptom of other illnesses or can sometimes be treated. Not being able to use tampons is a sign of vaginismus, which although sounds like a Christmas/vagina related holiday is in fact a tightening of the vagina which can be treated. If we talked about these problems and irregularities, it would only benefit us.

Menstrual leave isn’t a bad idea. But it will only work when people have a good understanding of periods, and when we don’t treat the topic as taboo or gross, but a natural part of life which should be discussed. It also needs to be optional, and given respect. At the moment, with the way society is still trying to overcome much sexism, I can’t see how menstrual leave will do anything but re-stereotype women as weak and unable to work as hard as men do. Menstrual leave should happen, but society just isn’t there yet.