Why is there a stripper pole?

Fusion isn’t a place, it’s an emotion. I’m not quite sure what that emotion is. It could be despair, horror, love or hate. But one thing is for sure: Fusion is the most tragic club in the UK.

If you were 16 or older growing up in the surrounding Tunbridge Wells area, there was only one place to spend your Thursday nights. Not because it was good, because there was genuinely nowhere else to go. It was either go to this one horrific club, get pissed on a cricket ground, or make polite conversation with your family. So obviously we flocked to the glorious club that is Bar Fusion – a club which essentially a flat above White Stuff and Marks and Spencer. Even the tragic club somehow finds a way to be middle-class in Royal Tunbridge Wells.

Fusion is desperation. Fusion is carnage. Fusion is what happens when you open just one nightclub in a county which insists on sex segregating 90 per cent of schools and giving them no proper sex and alcohol information. It was Thursday Night Fusion and damn it, there’s nothing at uni quite like it. What made #tnf so special? So, so many things.

The obligatory pitchers in Spoons before hand 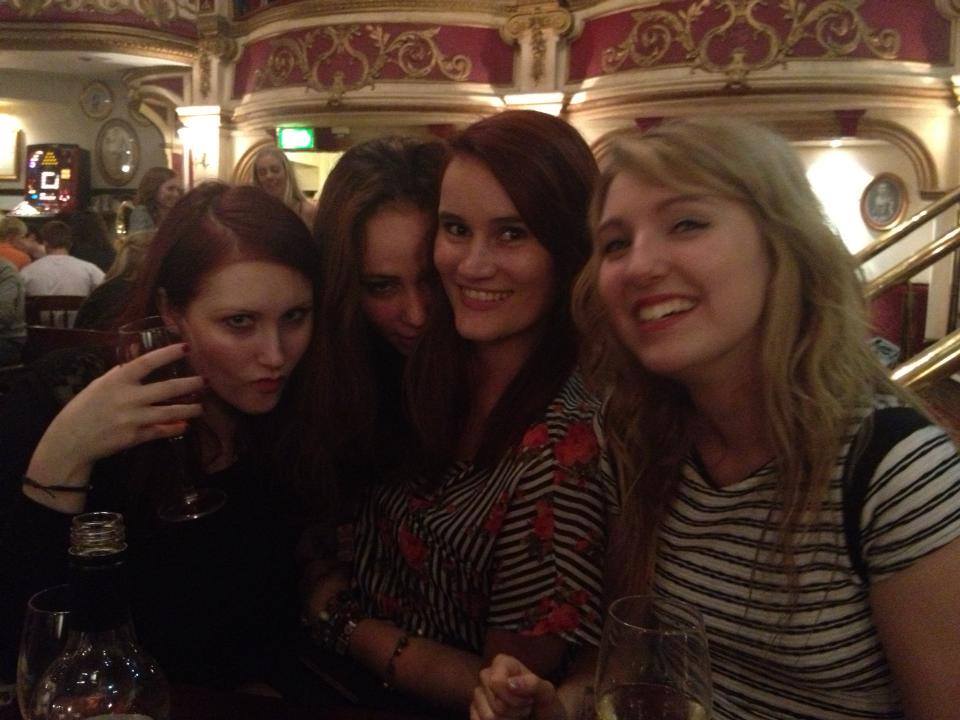 It’s just not Fusion without the two hours before of desperately trying to get served in the very, very overcrowded Spoons nearby. This is also where you drunkenly say hi and hug everyone you went to school with, even if the most communication you usually have with them is borrowing a rubber in maths. It’s Fuse, it’s what you do. The two pitchers for £12 deal is split between your mates. This is also where you make the quick pre-10 o’clock trip to Fusion to get stamped, which means entry is guaranteed and only two quid, and not an extortionate five pounds later on.

If you are 19 in a club and you feel old something is seriously wrong. Fusion is mostly composed of 18-year-olds who have just got their IDs and so don’t know decent clubbing yet. There’s not a boy in there who can grow chest hair. There’s probably a few girls in there who haven’t started menstruating. Actually, to be fair, this age rule isn’t entirely true. There’s always a few weird groups of lads who are in their early 20s who stay awkwardly in a group together. Stay classy, T-wells.

The other exception to the age rule, there’s always one old guy just by himself

I’m not sure if it’s the same guy every time, but there is always a guy who is over 30 and doesn’t seem to have any mates. He’s just there. He is Fusion. One time I walked in to fusion and this one old guy was just there while we dance in the middle of the dancefloor. Everyone just kind of made space around him and let him be.

The VIP section is a couple of white sofas corded off. You’re still at Fusion. And yet somehow you would forget this and convince yourself this was the biggest night out of your life and so come out in a dress and heels. To Fusion. It is impossible to be classy in fusion, why did we try?! (To be fair, the heels probably helped avoiding the floor)

The stripper pole, just randomly on its own near the dj booth

I’m not sure which genius thought putting a pole in a club was a good idea. I’ll tell you who dances on that pole. Boys who think it’s #topbanter and will probably snapchat it with the caption “chaz being a total madman #AbsoluteLedge” and 17-year-old girls who are trying desperately to attract some complete fuckboys attention. Classy.

Someone always pukes on the floor

I have a friend who puked whilst sitting on the sofas in Fusion, somehow managing to cover himself and around seven other people in puke and he still wasn’t thrown out. In fact I think we got more drinks after that. The smells is overwhelming. Lovely.

In spite of all this, we can’t help but have a soft spot for it

The thing is, while Fusion deserves to win the award for most tragic hometown club, it doesn’t half make you laugh years later. I have more stories about Fusion than I have about any club at uni. Which gives it a sort of shared collective horror that you feel a strange affection for. It’s like if an old man with incontinence and a habit of smacking the young nurses bums was magically turned into a nightclub. It’s just Fusion. Got to love it.