The car has been written off

Two men were taken to hospital in the early hours of Sunday morning after their car crashed on Bristol Road, following a police pursuit.

The driver of the car refused to stop for a police drink and drugs test at around 3am as part of routine police checks.

The car was later found by police, crashed into fencing on Aston Webb Boulevard.

A spokeswoman from West Midlands Police said: “The car made off at speed and traffic officers from the stop-check attempted to catch up with the car.

“Officers lost sight of the vehicle and then came across the car on the Aston Webb Island where it had collided with fencing.” 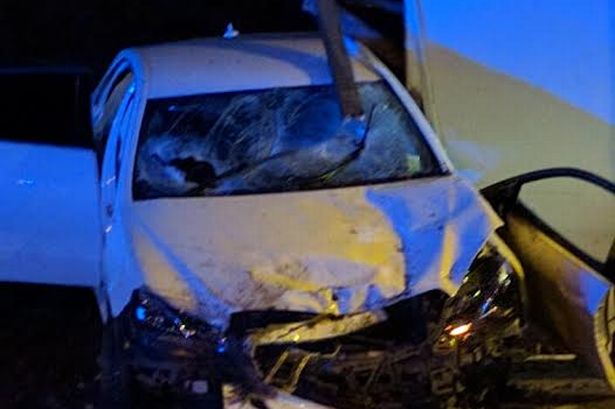 The driver of the vehicle fled the scene and was arrested in a field nearby.

But police had concerns for his medical condition following the severe crash, and he was de-arrested and taken to hospital to be treated.

The spokeswoman added: “A 39-year-old passenger was treated by paramedics at the scene and was taken to hospital with injuries that are not life threatening.

“The 34-year-old driver sustained minor injuries and officers continue to investigate the circumstances around the collision.” 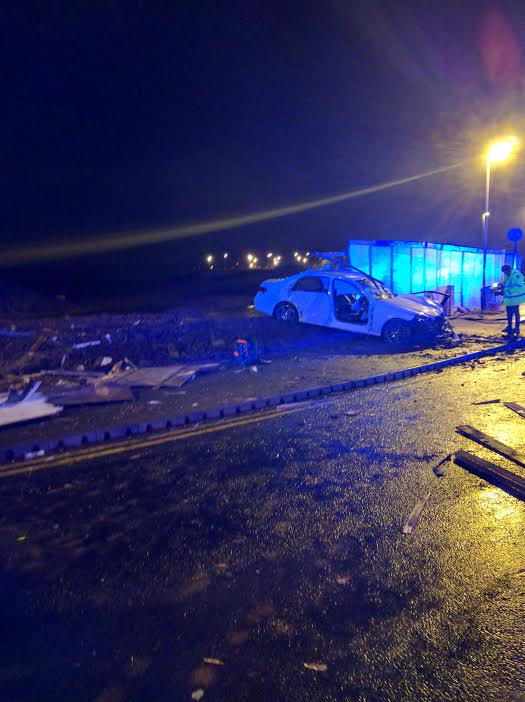 An emergency services vehicle blocked off the carriageway while the team attended the scene.

A West Midlands Ambulance Service spokesperson said: “Crews arrived to find a car that had collided with street furniture.

“There were two patients who had managed to free themselves from the vehicle.

“Both the driver and passenger had suffered a slightly reduced level of consciousness in the incident, but did not appear to have suffered any other major injuries.

“They were immobilised as a precaution and transported to Queen Elizabeth Hospital Birmingham.”

The car was written-off following the horrible crash.