‘She was on top form’

The Queen and Prince Philip made a royal visit to New Street Station this morning, to officially open the £750 million Grand Central Station.

Hundreds waited to welcome the Queen to Birmingham, and The Tab sent Royal Correspondent Christina Feng to catch a glimpse.

Christina said: “When I first got there it wasn’t that busy, then as the day progressed it got busier and people were filling up the top viewing area of Grand Central too.”

Everyone was very excited for the royal visit as huge crowds gathered to see exactly what the Queen was doing. 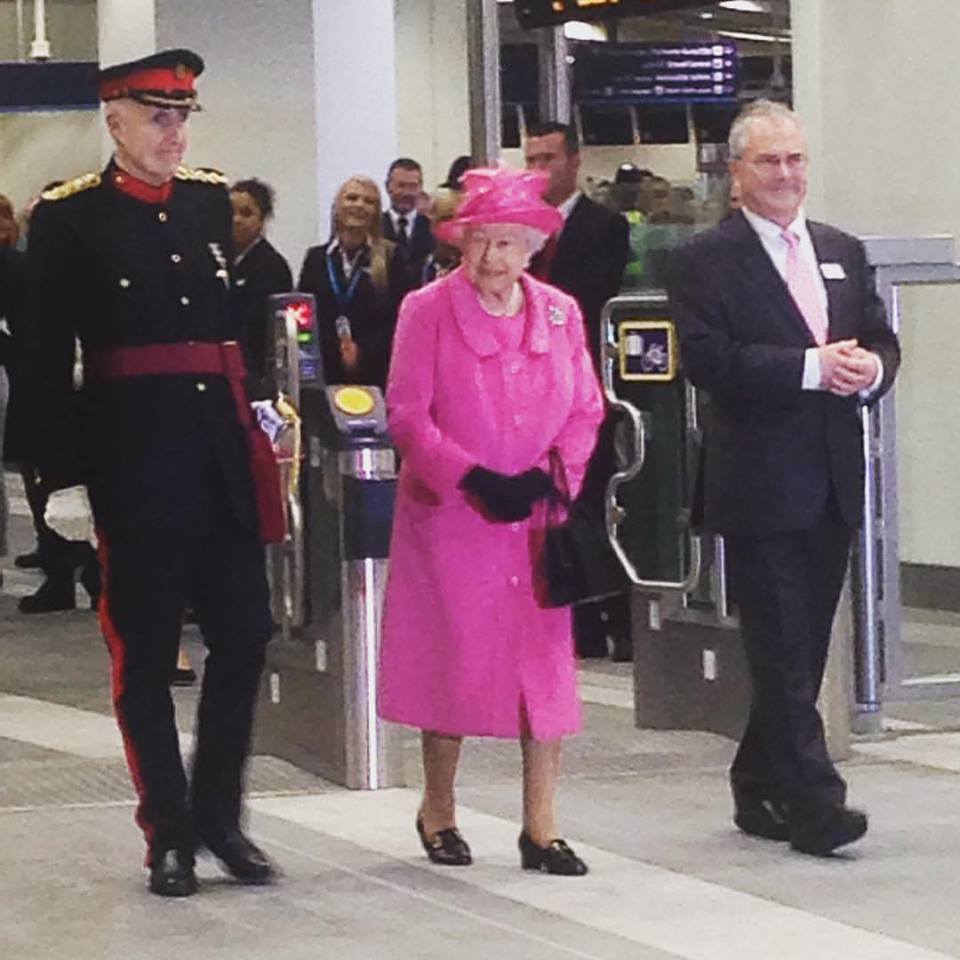 The Queen was pretty in pink this morning

Christina added: “The atmosphere was one of excitement and everyone was very much looking forward to seeing the Queen.”

Security was noticeably tighter in wake of last Friday’s attacks on Paris, with reports of a totally redesigned security plan for the visit.

Christina added: “There was loads of security at the venue. I felt safe there, although I had some doubts and anxieties before I went due to everything that’s happened in the past week.”

The Queen was all smiles as she entered the station and the crowed clapped and cheered her welcome.

Despite the crowd, Christina feels that the experience was worth it: “I’m honoured to have been able to see the Queen today, it was a memorable day which I will remember for the rest of my life.”

Master’s student Leyla Parvizi happened to be passing through the station when she saw the Queen.

Leyla told The Tab: “It was so exciting. There were loads of people there to watch her open the new Grand Central.

“I think it’s so important the Queen still came to Birmingham despite the terror scares we have had in the UK over the past few days. There were so many police officers around so it felt very safe.

“They were both on top form, talking to staff who helped build the new station.”

But the excitment of the visit did cause some disruption for commuters.

Leyla added: “I did hear people complaining they had closed Pret A Manger to cordon off the stage area. But you can’t have it all I guess.”