As the ancient proverb goes: “Halloween is the one day a year when a girl can dress up like a total slut and no other girls can say anything else about it”.

But sexy costumes – and those who wear them – are shamed for being inherently sexist.

A few years ago I went to a Halloween party as a “generic sexy cat”. I was was met by rolling eyes, and embarrassed from being a “bad” feminist I declared I wasn’t simply a sexy cat: oh no, I was an ironic sexy cat. I then had to spend the rest of the night explaining my costume to everyone, and being ironic. Great.

My fear of proudly declaring myself a sexy cat didn’t come from the fact I might come across as a “slut”, but rather people might think I had been duped into what some might consider dressing like one. Of course it was my choice alone to don the cat ears and carefully apply my eyeliner whiskers, but afterwards I was made to feel stupid for wanting to do so.

Just let me be a cat

Clearly there exists an interesting paradox where you shouldn’t buy into being sexualised by society, but you also have every right to feel sexy if you want. Surely if nobody wanted to buy sexy costumes, there wouldn’t be any sexy costumes?

But what sexy costumes aren’t is a reflection of the people who wear them. Believe it or not, the sexy cat you see up at the bar isn’t a poor girl cruelly tricked by the patriarchy to adhere to the evil male gaze. She just wants to be a fucking sexy cat. 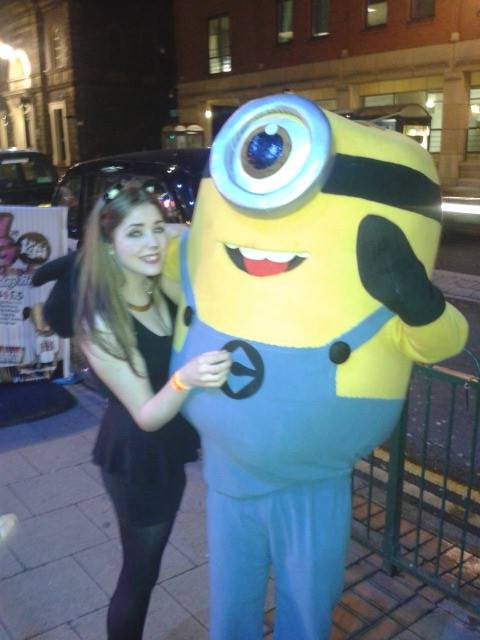 Next year I will cover up in my minion outfit

So for those girls who like to keep themselves snug in a onesie on Halloween, or prefer to dress as something really witty and culturally relevant, good on you. And for those girls who want to be a sexy nurse, or just simply can’t be bothered with the effort of finding something other than your cat ears to wear this year – you’re not bad women, or even bad feminists.

If we want to live in a world where women are free to wear what they want without criticism, that includes wearing as little as they want.

If this is the world we want to live in, we need a world with sexy cats.