All about that Tina: We spoke to Christina Feng

She’s working on a parody of Bootylicious

Bright eyed students sit in their 9am lectures muttering the word like a mystical incantation. But they’re not hungry for academic sustenance, they want something greater, something more powerful – someone who actually matters. The presence of eager to please, coffee stained lecturers, hoping and praying you’d pay more attention to what they have to say are effortlessly swept aside by the one continuous word that throbs in your brain like a three day migraine: The Feng.

It’s like a religious chant, a mantra, a call to arms. Suddenly, everyone around you rises up, the one rallying cry solidifying them like a pack of trade unionists. It’s a bit of an exaggeration, but we’ve all felt the power of this hugely personable being. 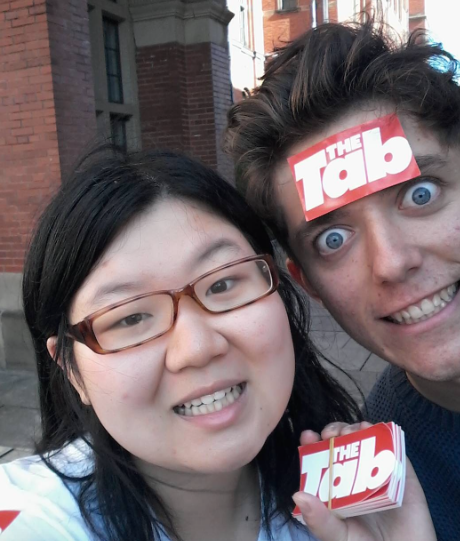 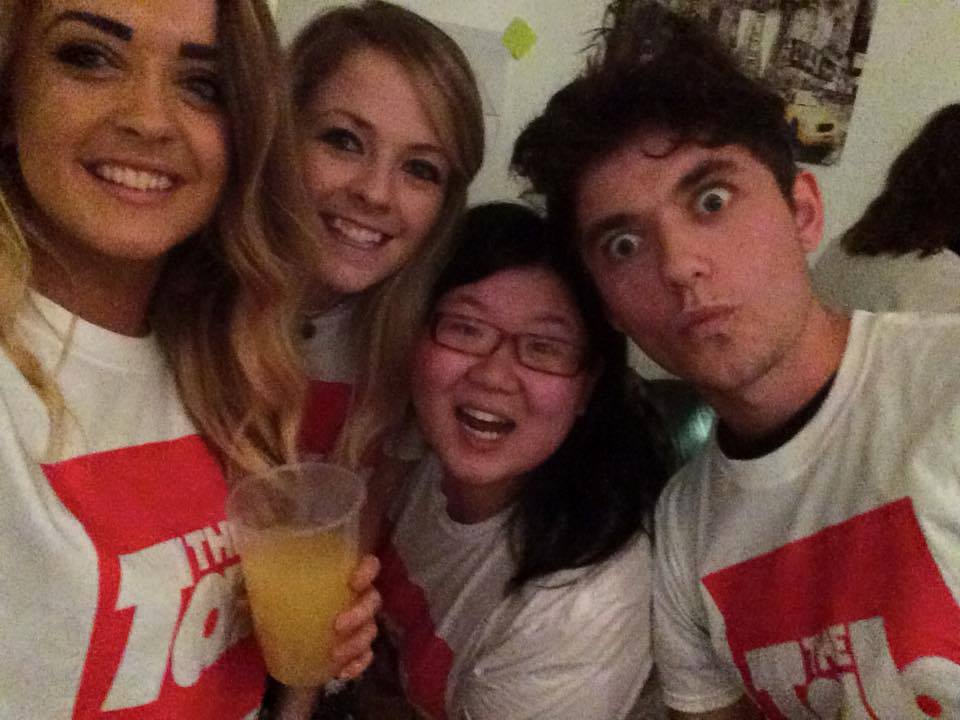 Christina Feng, second year Law student, without doubt deserves all the positive press that’s heaped on her daily. A bubbly, bright, vivacious character, she ran away with the BNOC 2015 title, and since then, her profile has only grown.

I’ve only known Christina since September, but it’s been a whirlwind of a journey. Massively jealous of her BNOC success, my inflatable ego took a thorough bruising when we spent the day trying to get freshers to sign up for The Tab. Armed with only a bag of free condoms to dish out, I pranced and preached in what I thought was a theatrical masterclass of showmanship, overselling The Tab to everyone I laid eyes on.

Christina, in comparison, only had to stand and wait for the horde to come to her. Like fame hungry zombies, she was immediately surrounded by a swarm of students, eager to see and speak to the celebrity they’d heard so much about. On that afternoon alone, Christina managed to increase Tab membership tenfold. 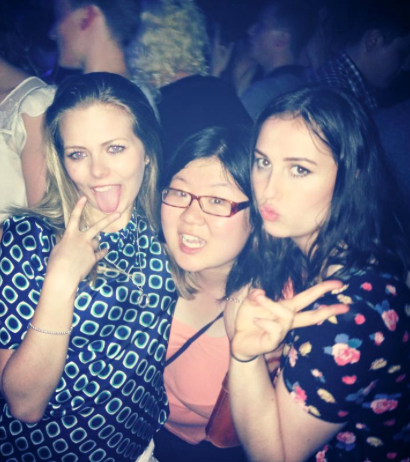 Everyone wants a picture with Christina

Christina, as opposed to many other minor celebrities, is refreshingly normal and grounded. She has the characteristic weakness for “pizza from Joe’s Bar, Caribbean Twist and VKs with the occasional spirit mixer”. Her favourite films include Harry Potter, and she’ll “dance to anything played at parties and on nights out”.

She told The Tab: “I wanted to get to know a few people before I came to uni, so added people on Facebook – but I did not expect to become known for this. Sometimes when I walk around Selly Oak I get shouted at by people who I don’t know at all.”

This, of course, is one of the disadvantages of being one of campus’ most famous daughters. One struggles to enjoy a quiet pint at the Soak, go shopping undetected at Aldi, or gorge on a late night Roosters.

She added: “Back at home in London no one knows who I am, so fame obviously doesn’t travel. My parents aren’t aware of the fame, although I assume they will be a bit overwhelmed if they find out.”

Her stints as Bertrum the Bull at Vodbull are infamous, with everyone dying to get a snap with the legend herself. She said: “There have been occasions where people have tried to lift up the head part of the costume to see me.”

It must get absolutely exhausting. 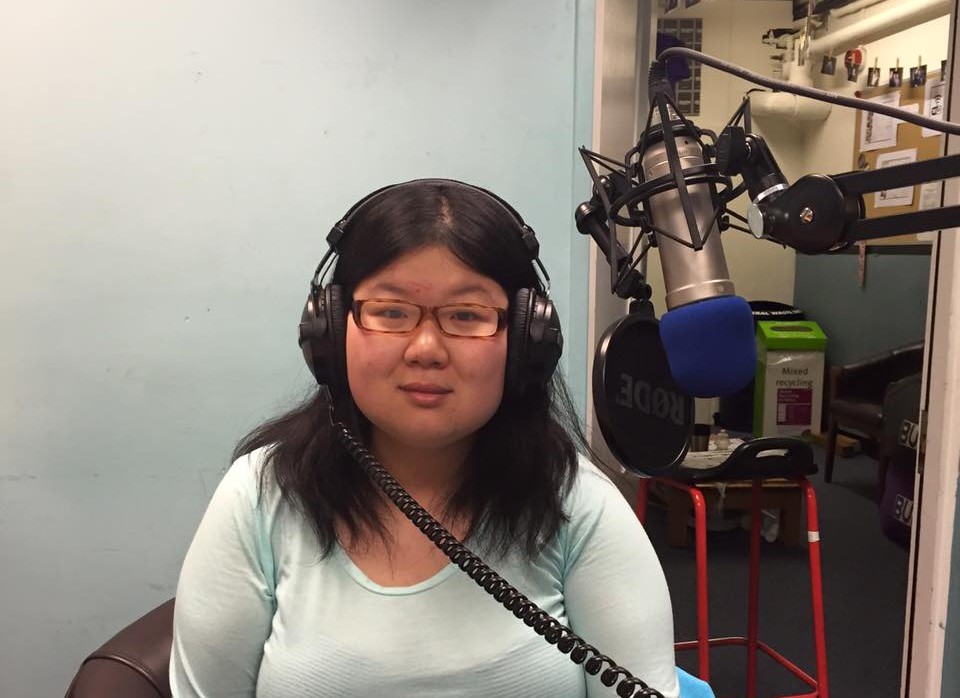 Christina was on Burn FM recently 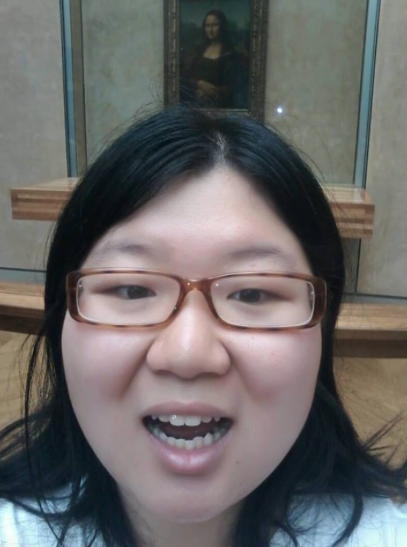 An unmistakeable icon of Western culture… and the Mona Lisa

A top ambassador for the University and Birmingham in general, Christina rates Stuesdays and Vodbull as her favourite nights, adores “reading and working for The Tab, cooking, learning French, and writing parody songs” – her All About That Tina video shot her to fame earlier this year. It’s been viewed by thousands, and stands at 484 likes on Facebook. A monumental effort.

She said: “All About That Tina was originally my campaign video for the position of Law freshers’ rep, which I didn’t win. I’d like to include a shoutout to my friend Stephanie Stevens, who was responsible for helping to produce the video for me and helping with the lyrics of the song.

“Currently I’m working on a new parody version of Bootylicious, but Fengalicious instead.”

The University of Birmingham, and the wider world, can only wait.

The Law student was also featured on Burn FM earlier today and said: “I loved being on Burn FM as it enabled me to see what it is like being on air, as well as having a lot of fun. Shout out to Josh Hannen and Burn FM for giving me this opportunity, and to everyone who sent in all the questions and requests . You have brightened up my day and can’t wait to work with Burn FM in the future.”

Christina, an aspiring solicitor, finishes with this positive message: “One day I would like to use my status to promote something of a good cause.”