A recent YouGov survey revealed 1 in 2 young people don’t identify with being 100 per cent straight. Using the Kinsey scale, a method of clarifying sexuality, only 46 per cent of 18-24-year-olds placed themselves on the exclusively heterosexual end of the scale, compared to 72 per cent of the rest of the population.

Although this might seem to suggest our generation is more gay than our predecessors, this isn’t necessarily the case. Homosexuality isn’t a new fad. In fact, it’s been widely documented ancient civilisations frequently participated in same sex relations. Instead it seems how we identify our sexuality is somewhat dependent on what’s accepted in our society. It may be, by being a more accepting generation of LGBT+ individuals, we’ve also given ourselves the freedom to question our own sexuality and not feel boxed in to being straight.

Although we still have some way to go before we’re living in an entirely equal and accepting society, our generation is much less likely to experience rampant homophobia than our parents’. While they would shut down and repress any feeling or urges which weren’t 100 per cent straight, we are the first generation which hasn’t been taught to feel shame and guilt over any same-sex urges, meaning we don’t have any qualms about experimenting with the opposite sex or having homosexual crushes.

Sexuality for many of us is now seen as fluid, and less defined by labels. It also helps we’re exposed to celebrities such as Kristen Stewart, Miley Cyrus, and Tom Daley, who have chosen not to label their sexuality and have been open about their same-sex relationships. This allows us to feel confident and secure, especially if we don’t know how to label ourselves yet. 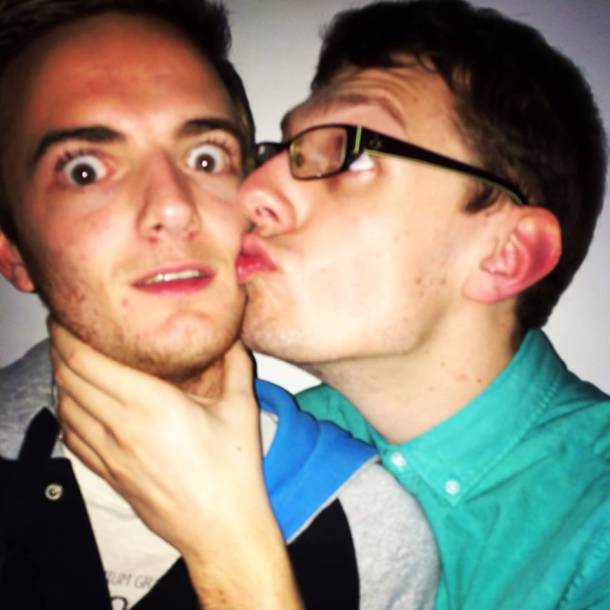 Of course, some will say the survey isn’t a sign of increasing experimentation but instead shows a lot of young people go through a “phase” of curiosity. It’s an over-used cliché that young people experiment at university, only to decide later on they are in fact a regular boring straight person and have a plain, traditional, heterosexual marriage with 2.5 kids.

Having a phase like this shouldn’t be something to mock or roll eyes at though. Most of our lives consists of phases. I’m a student now and it’s an important, true part of my identity, but it won’t be in a year’s time, and yet no-one is going to turn to me then and say I was never really a student because I’m not one anymore. Some people may feel their sexuality is fixed and permanent, but that isn’t a more valid expression of sexuality than someone else’s.

Whether you’re gay, straight, bi or somewhere else on the sexual spectrum, the one thing we can take from this survey is you aren’t alone and we are accepting you for who you are. We aren’t any more gay than we were previously, but it shows we’re more open to questioning our sexuality and being honest, which, if nothing else, means it’s a better time to be gay than ever before. That’s something we should take pride in.