Two second years have launched their own business dishing up posh Poutine.

Poutine is a Canadian dish, and this pair have added their own twist to the popular snack, offering toppings such as slow cooked pulled pork, creamy cabbage, or sour cream and bacon.

Elizabeth, who studies Medical Science, and Business student Michael spent three months living in Canada before they came to uni, during which time Poutine became their hangover cure, inspiring them to launch their own business. 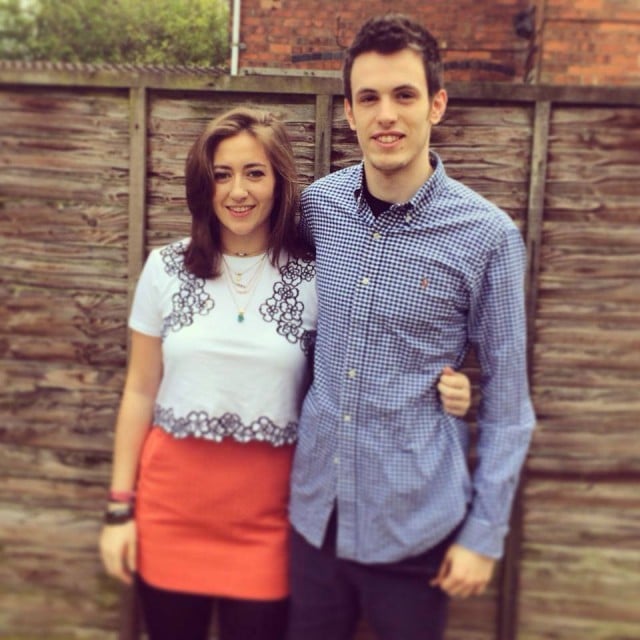 Elizabeth and Michael started their own business this year 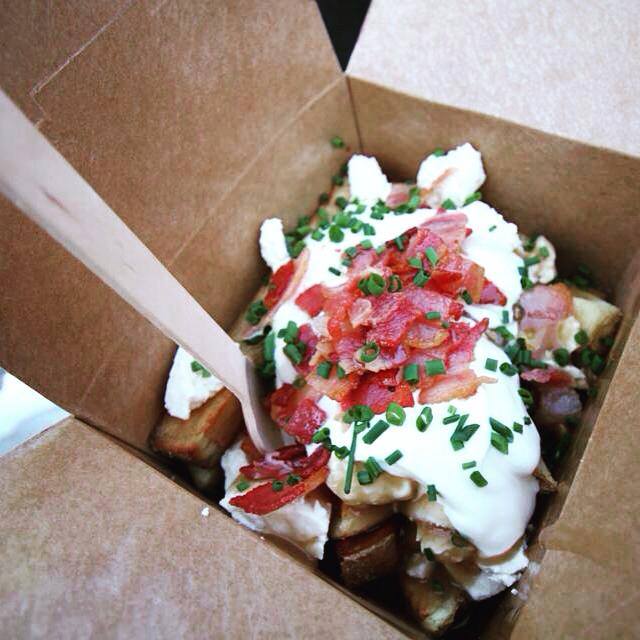 Elizabeth and Michael told The Tab: “We always wanted to go into business, but we weren’t sure of what until the idea of Poutine suddenly came to us.

“We had been stressing about uni work and were considering dropping out, so to calm down we decided to go and have a carvery.

“Once we were eating we started reminiscing about being back in Canada and then we started talking about Poutine.

“It was there we had the idea of selling Poutine as a street food here, and Caribou Poutine grew from there.”

Elizabeth and Michael are very keen to ensure their Poutine is authentic Canadian Poutine and not some cheap copy, so they spent a lot of time researching recipe’s and methods and ensuring all the equipment they use is excellent.

This is reflected by the Environment Agency giving Caribou Poutine’s kitchen a five star. 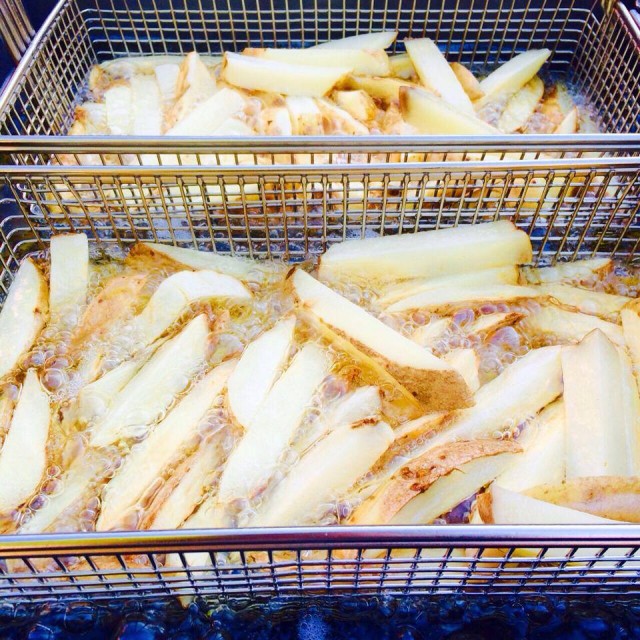 Everything at Caribou Poutine is handmade, from their cheese curd (what they describe as halloumi and mozzarella’s love child), to their gravy, and even their own chip spice.

They use all free range and organic meat, sourced from a local butchers in Bourneville and spent a lot of time and care into choosing the perfect potatoes to use.

While still keeping true to the Canadian tradition, Elizabeth and Michael were also extremely keen to put their own twist on the dish.

With less than a handful of people serving Poutine, they were keen not only to bring the craze to the UK, but also but their stamp on it. 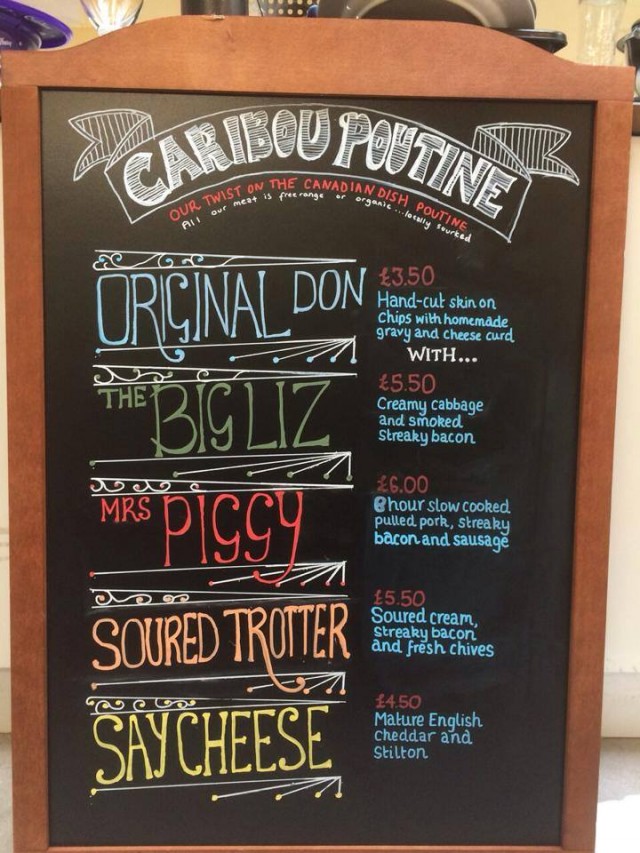 The business is already off to an amazing start, having secured a spot at Digbeth Dining Club on Saturday where they had a solid queue for four hours and sold 140 Poutines.

They were close to selling out, despite having prepared a lot more than needed.

Caribou Poutine’s dishes even got the approval of some Canadians who visited the club, asking when they would next be back so they could have some more.

However, not everyone believed the Business would take off. Elizabeth and Michael added: “When we first told people we were going to start our own business, no one really took us seriously.

“We’re not really surprised considering most people know us as Lizzie and Mickey, not as business people.

“Everyone saw that we were deadly serious about this, and that it could become something after the taster session we held.” 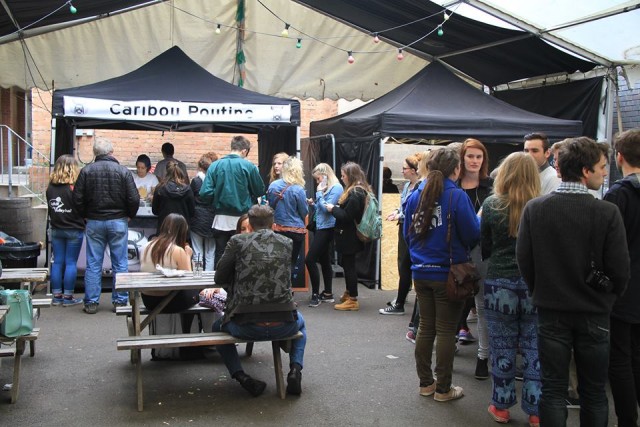 The queue at Digbeth Dining Club 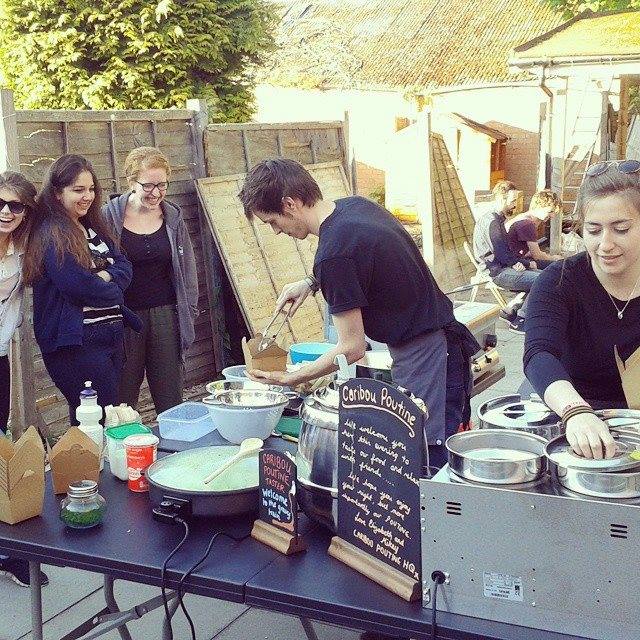 Caribou Poutine is completely funded by Elizabeth and Michael, who used money they had saved from their 21st’s and other things to buy all of the equipment.

They have even been launching their business along side studying for their exams.

“We decided we weren’t going to drop out of uni to pursue this, as we both only have one year left.

“But once we graduate this is what we want to do: travel around and sell Poutine.”

Caribou Poutine will be serving their delicious street food this summer at The Litchfield Festival and One Love Festival.