The atmosphere was palpable

When I went to watch Sex Cells, a play about the workers in the call centre of a sex shop, I feared I was basically in for Sex and the City live. You know, four women cackling their Botox-bloated faces off.

But this play was surprisingly tender.

Sure, there was as much banter as Sex and the City (except in the play it was actually funny), but it wasn’t forced, or just there to get a laugh. Each line felt like it was actually developing the characters, as well as keeping things entertaining.

The small cast (five actors) and the intimate staging certainly helped. But it was the writing and delivery that really allowed the characters to come through, and actually made you care what happened. 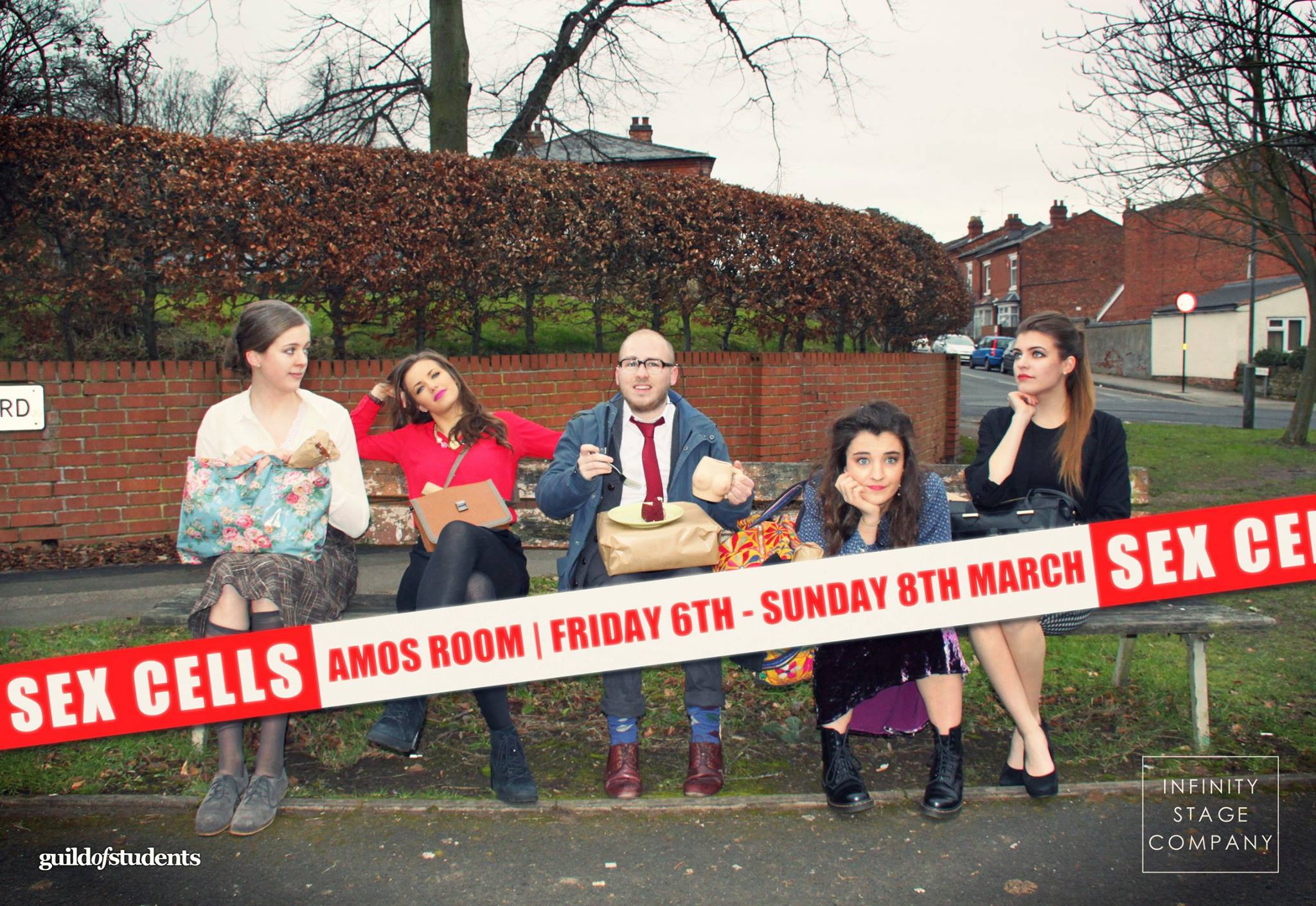 The jokes were fast, yet the play wasn’t afraid to slow down every now and again to show us a heavy moment. And the actors were able to pull it off every time.

The range the cast were able to convey convincingly was astonishing. Each one hit every right emotion with confidence. 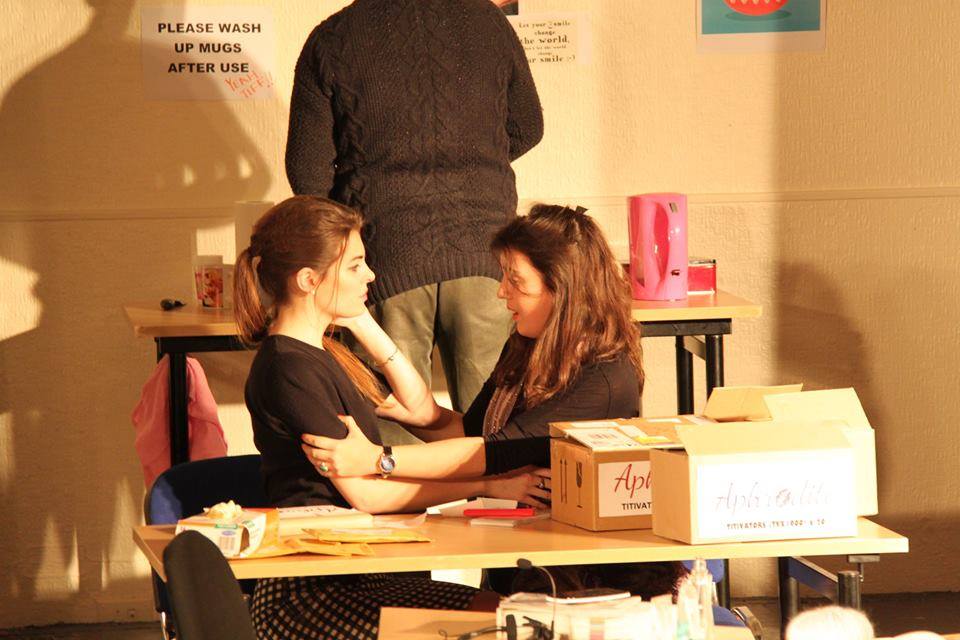 And they had plenty they could have been nervous about – this was the first time the play has been put on outside of the original run. Which meant the playwright herself (Anna Longaretti) was there to watch – the actual fucking playwright. That’s like having Neil Diamond turn up to critique your drunken karaoke version of Sweet Caroline.

But if the cast were nervous, they certainly didn’t show it. All the actors were incredible, but particularly good were Ellie Pendle, Kieran Hayes and Lily Blacksell.

Elli Pendle played Sylvie, a stroppy French woman, and pulled it off with great physical acting. The accent did fade when she raised her voice, but on the whole she was very convincing and threw shade like only a French woman would. Kieran did a great job as Mr Causeway, the awkward, useless boss. His timing was excellent and he had the mannerisms down to a key. And Lily Blackwell kicked ass as Lily, the most awesome, old woman I’ve ever seen.

Genuinely, she made Betty White look like a pussy. 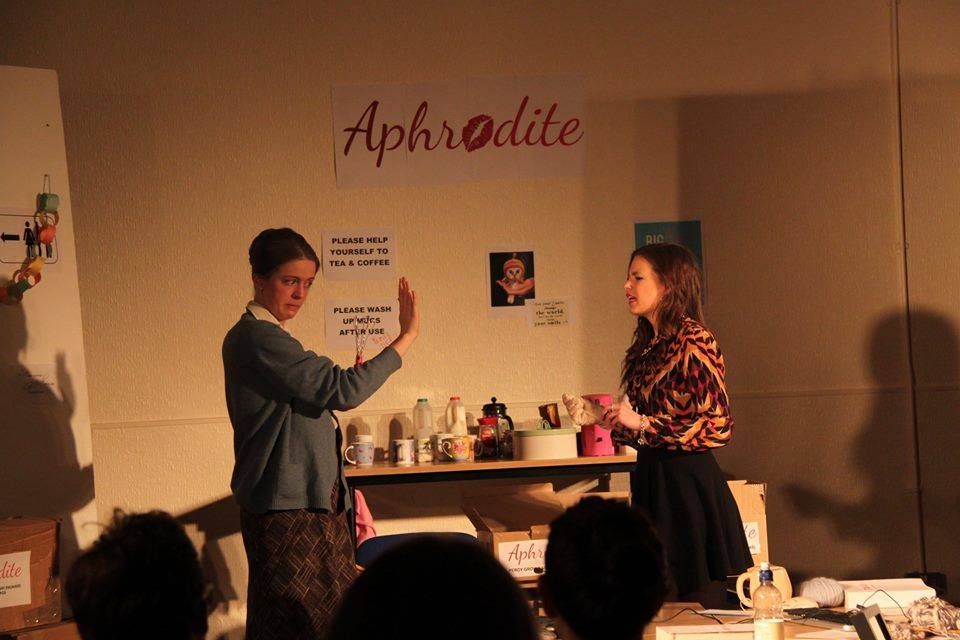 Kate Walker and Ellen Howard were great too, but their parts were less interesting, so they couldn’t do so much.

Everything about the play felt professional. Even down to the level of set design. It’s something I wouldn’t have noticed if the play hadn’t started late the night I saw it, but the set was REALLY detailed. 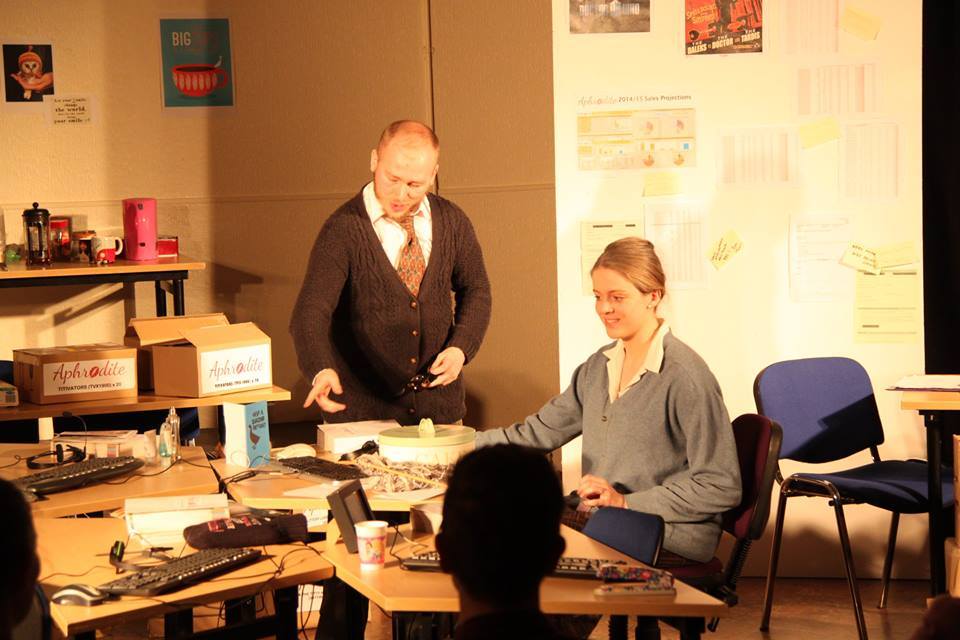 It had countless small touches and details like sales reports or boxes labelled Willy-Warmers (God I hope they had to print off the label saying “Willy-Warmers” in front of everyone in the Library).

It’s a shame they only had a three day run and you won’t be able to see it. Which kinda makes this whole article a giant ‘fuck you’.

But still, trust me: Sex Cells was excellent. 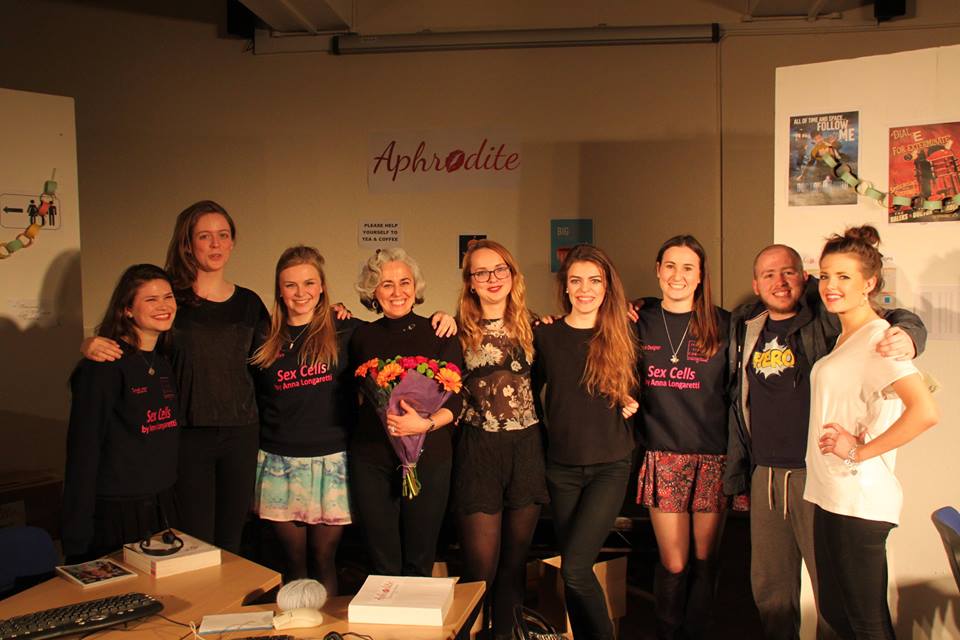