Desperate jobseeker spat at while looking for work

He just wants a job

A work hungry graduate was spat at and told what he was doing “wasn’t British” after he took to the streets to land himself a job.

Reece Enfield walked around New Street with a sandwich board plea for work after dropping out of Birmingham City University.

After the success story of another Birmingham graduate, he wanted to land himself his “dream job”.

The 22 year old was targeted as he handed his CV out on New Street earlier this month.

The former Film Production student quit Birmingham City University and instead took to this method to find himself a job after failing to hear back from over 50 job applications.

Reece said he wished to give other drop-outs “hope” that there are other ways to get a job other than going to uni. 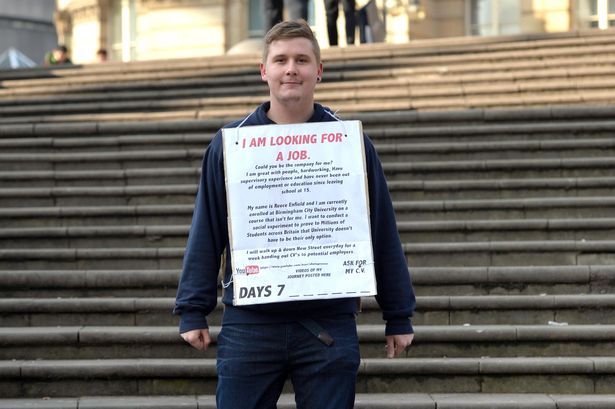 It’s not looking great for Reece 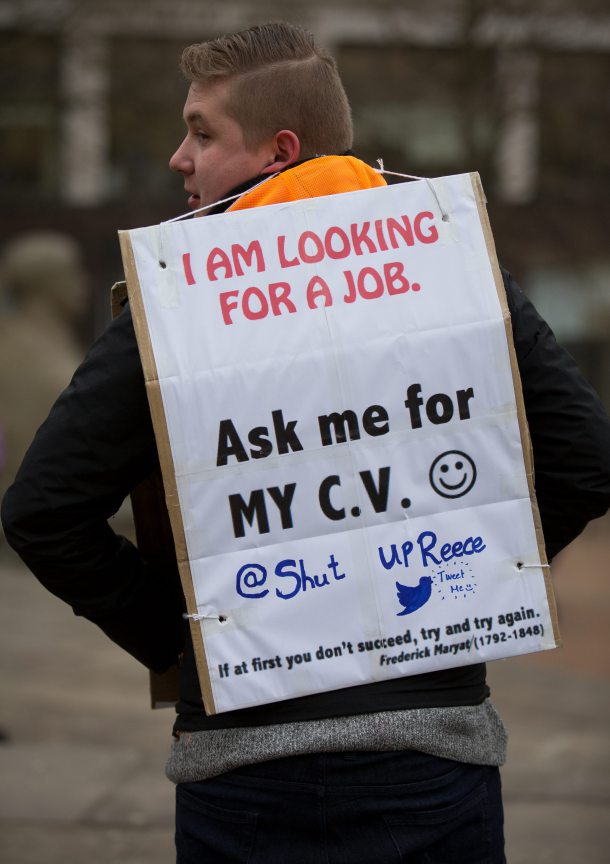 He said he wanted to give others in his position “hope”, and show there are other ways to find work than attending uni.

Reece said: “Some guy just walked up and spat at me. He spat at my sign.

“It was really shocking but I didn’t want to put myself in a bad position, so I didn’t react.

“On the same day a woman also came up to me and told me what I was doing wasn’t British, and she didn’t approve of it.

“It actually threw me backwards. I just couldn’t believe she had said that.

“I think British people are hardworking and I’ve been working hard to get a job.” 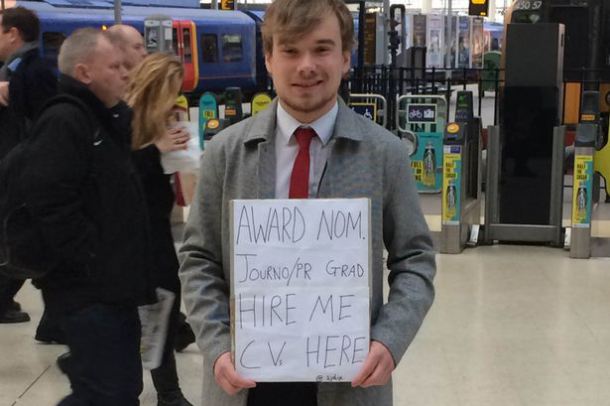 Samuel Dix was successful in his attempt earlier in the month

The reaction hasn’t deterred Reece, who is planning on returning to the streets if he doesn’t manage to get a job.

The attempt comes after Samuel Dix’s success, who bagged himself a spot at a PR company after standing in a train station in London with a sign advertising himself.

Looks like the Birmingham public are less accepting of the stunt.