Please can someone translate the bottom bit

It was your average Tuesday study session, so imagine the horror when a studious third year received the strangest of propositions.

Hannah Myerson was working away in the library when she unintentionally caught the eye of a fellow student, thinking it was her friend.

But after exchanging this act of politeness, she received a note, signed “Mizan Mizan”, which said: “I guess this means we’re flirting?”

As Hannah told to The Tab: “In an effort to force myself to read, I took a solitary trip to the library last Tuesday. The location? 1C.

“Upon entering, I saw a lad who closely resembled a dear friend and naturally checked him out as I walked to my desk.

“Finding that he was not said friend, I made myself comfortable in the desk opposite.

“It soon came to my attention that him and his neighbour were having an animated discussion, quite clearly about me.” 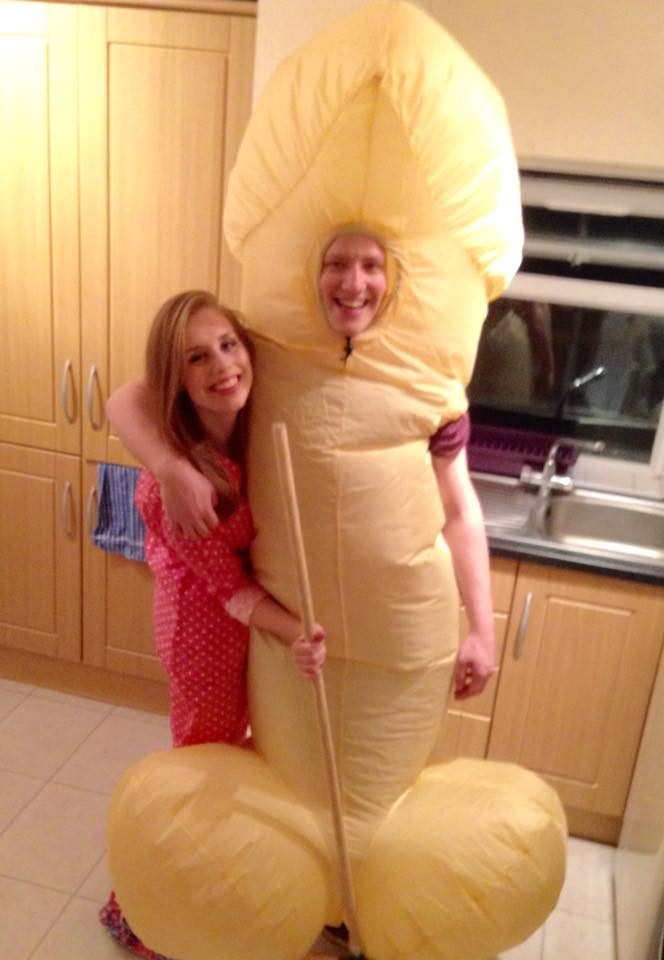 The couple in happier times

Hannah stared at the guys, hoping the put and end to the conversation, but they carried on.

She added: “I looked up once again before deciding it was probably best to simply crack on.

“Getting back to my book, I was interrupted by a piece of paper being shoved into my face over the grate: ‘I believe you dropped this’, he said, giving me a sly smile.

“Although I insisted several times I didn’t have a notebook with me, he assured me this piece of paper belonged to me and instructed me to open it before quickly fleeing the scene.

“Upon doing so, I found the following message…” 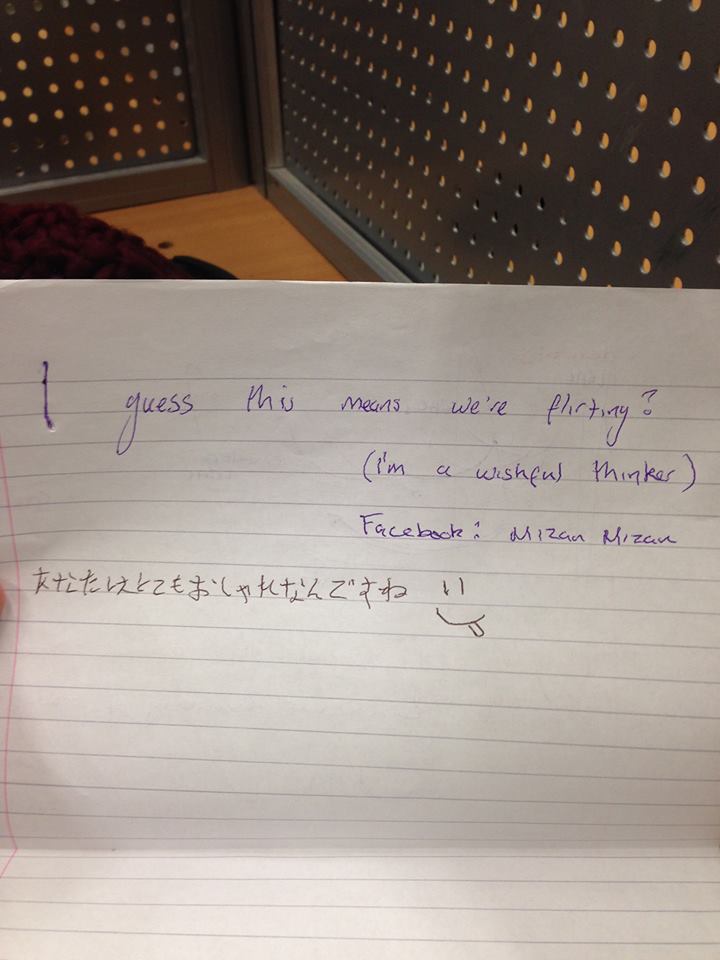 The note in question

When Hannah told her startled boyfriend Robbie about the event, he also had mixed feelings about the situation.

He said: “This event brought on mixed emotions. Initially, feelings of anger that this scoundrel had the audacity to approach my girlfriend in my absence.

“However, part of me was slightly impressed he had the balls to repeatedly suggest that she had, in fact, ‘dropped’ the piece of paper.

“I tried to hunt him down on Facebook but due to a lack of mutual friends and his unusually repetitive name, all I could find was Mizan Spice Ltd.

Prizes to anyone who can translate the final part of the message so Hannah can realise what was actually propositioned.