So why are you supporting it?

It’s the film everyone is talking about, but you shouldn’t be spending your money on watching 50 Shades of Grey.

Ana is 21 and she is a virgin who has never masturbated. She is hopelessly immature, especially when it comes to sex – and definitely not in any position to start being a sub (a submissive partner). She cannot even say the word vagina, she says “there”. A 21-year-old woman who cannot say vagina. Believable. 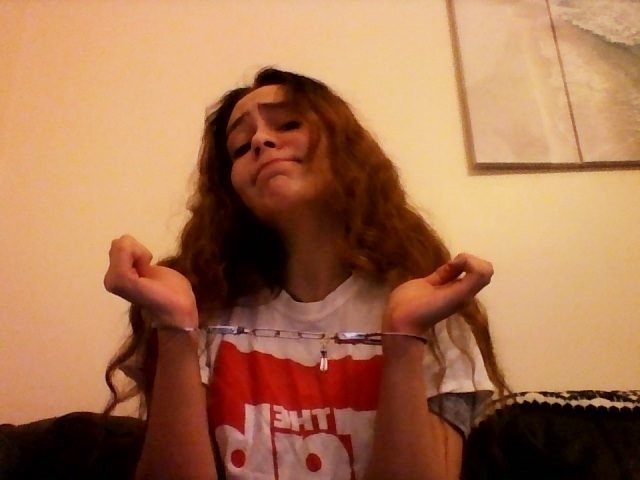 Kinky Sex? All in favour

Given her lack of experience, and her ridiculously low self-esteem, Ana is not someone who can give true consent to being a sub. Christian Grey, if he were a true dominant – not an abuser – would understand this and leave her alone. But he doesn’t, and relentlessly pursues her instead.

Being a sub can be very degrading to someone with low self-esteem, and without aftercare, which Christian Grey will definitely not provide, the experience will have a damaging effect on her. Well, it would if she was a real person. But she is fictional, so E.L James has Ana and her “inner goddess” live happily ever after by marrying her abuser.

That’s not okay. For actual victims of rape, this must be awful to read. One in six women will be raped in their lifetime, and to have a book (and now film) which seems to suggest the experience should have been enjoyable, is unbelievably cruel.

Our supposed romantic hero, Christian Grey, thinks our damsel heroine Ana has rejected him, so he breaks into her house, ties her up, uses the sadist technique of orgasm denial which they have not previously discussed, then when it is done, provides no aftercare and buggers off.

What part of that is safe, sane or consensual? 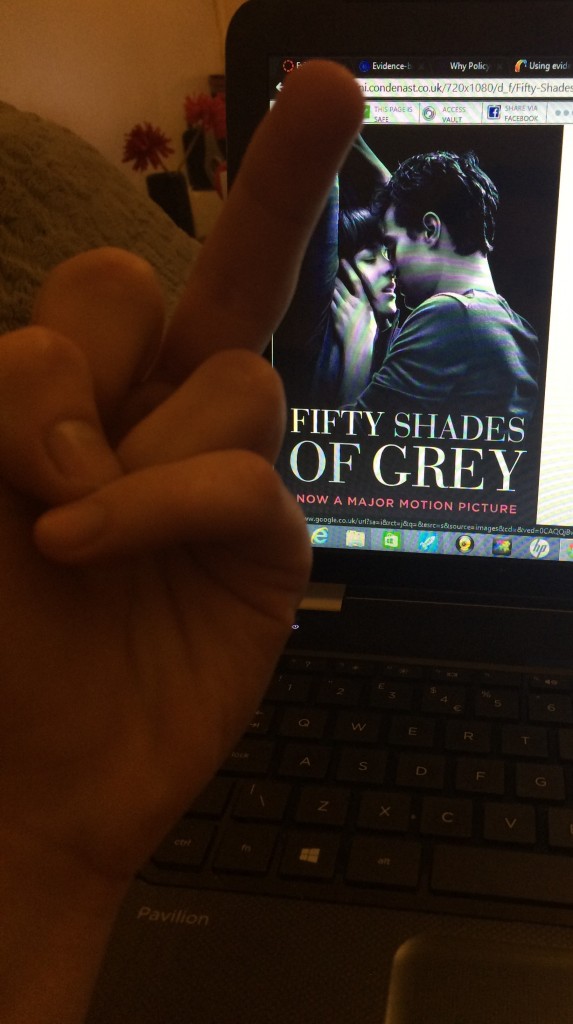 His behaviour is endlessly problematic. We could talk about how he gets turned on by her saying no (because what’s sexy about a woman actually wanting to have sex, right?), or the stalking, or the insane jealousy, or how he talks about her as if she were a possession, or how he orders her about outside of the bedroom, or how he carries on when she says the “safeword” (hello BDSM 101 Christian, you don’t do that, it makes it rape), and that fucking contract, but then we’d be here all day. If you honestly think his behaviour is sexy or normal, then you need to start asking yourself some serious questions.

50 Shades of Grey is a huge phenomenon. Its impact cannot be ignored. It out sold Harry Potter, which is a travesty, but shows the influence of these books. Yes, we’re adults and can distinguish between fiction and reality. Most of us could go and see this movie and not suddenly become abusive, we have some agency. But it normalises abuse and makes it seem sexy. This is not an acceptable way to treat women.

Although this is one movie, it is contributing to a culture which does not have a great track record for helping abused women. It’s a microaggression and its subtle influence should not be allowed to continue.

50 Shades of Grey is romanticised abuse, promotes rape culture, and is written with the emotional maturity of a 14 year old. You shouldn’t support it.