Clamp down: uni applies for second injunction against Defend Education

Following the second occupation, university bigwigs reach for the rulebook yet again.

On the eve of a national demonstration to be held at UoB, the university is applying for its second injunction against students in the last two months.

Uni management wants to remove students from an occupation of the Horton Grange conference centre.

The occupying students are members of Defend Education Birmingham, a group which intends to stay put until the university accepts their demands. 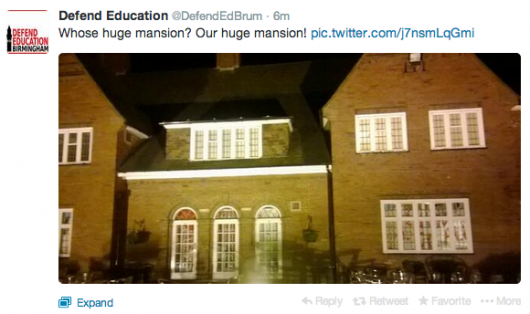 The injunction is almost identical to the previous one, taken out in late November to remove the occupiers of the Senate.

UoB chiefs have bigger things to worry about though. Tomorrow, hundreds of students from all over the UK are hitting Brum campus for a national meeting, to discuss collective demands and co-ordinate action. 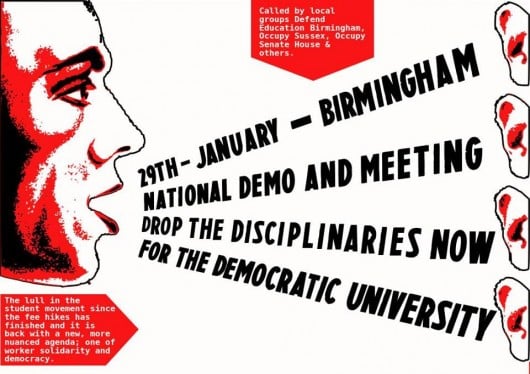 Then it will be on to the clock tower at 14:30 for a mass demonstration – Old Joe always gets dragged into these things.

Defend Education say: “We wish to start a debate and dialogue among students and workers at the University about the kind of institution we want it to be and how we can bring this about.”