The second installation of this sports feature, showing us the very best that Birmingham has to offer.

If you didn’t catch Part 1, or needed more stars to fully satisfy you, here are three more international talents plying their trade at UoB… 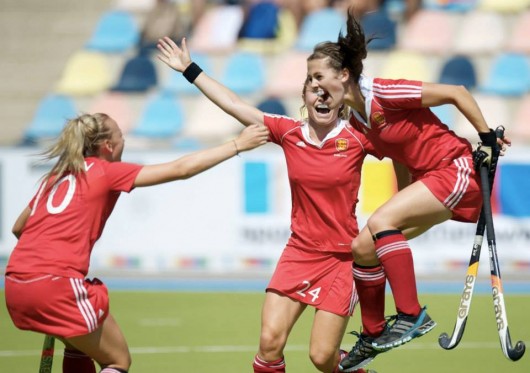 When and why did you take up Hockey?
I took up hockey around the age of six or seven. My mum played when she was younger, so she had a heavy influence. I also had a really good junior set up at a club at home in Derby, and after I went I enjoyed it so much that I just carried on playing.

What’s the highlight of your career so far?
The highlight of my career so far is probably when I scored the equaliser against India in the bronze medal play off this year, in the Junior World Cup in Germany. Unfortunately the result didn’t end well as it went to sudden death shuffles, but to score that equaliser was definitely a highlight. Also, it was great to represent GB for the first time in Australia at the Youth Olympic Festival in January.

Where do you see yourself in a few years?
I am unsure where I see myself in a few years; it depends on whether I will be invited into the senior set up or not. Obviously that would be a privilege, and it would be great to try and fulfill my potential, but I am also very keen on travelling and seeing the world.

And finally… what’s been your best social and why?
Well after the Youth Olympics in Australia, and the World Cup in Germany, we got to do out as a team on the last night, which was great fun because we get to celebrate after all the hard work. Particularly in Australia! And at Birmingham we have a night called fresher families which is always fun. Freshers are babies, 2nd years are occupations and 3rd years are grandmas; we are split into tables with other members of the club and the tables have names. Also, we have a geek night where our freshers dress up as stationary. This always a good night as we sing songs in year groups. 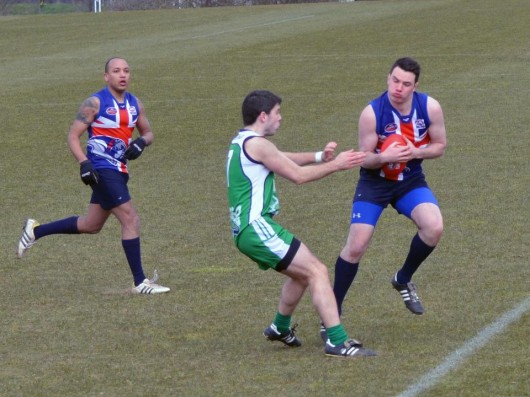 When and why did you take up Aussie Rules?
I started Aussie Rules in my first year at Uni, and the main reason I took it up was the fact that my older brother played it. I also wanted to try a new sport out as well at University, as I had played Rugby most of my life.

What’s the highlight of your career so far?
The highlight of my career was definitely playing for Great Britain at the European Championships in Dublin, where we finished second. Though recently, I have been selected for the International Cup extended squad, which will be played in Melbourne, Australia.

Where do you see yourself in a few years?
I want to become a Physical Education teacher and I hope to be developing Aussie Rules as sport in secondary schools, as well as promoting and encouraging children in a range of sports.

And finally… what’s been your best social and why?
The best social we had was the most recent sports night, as we had a great turn out and loads of nicknames were created for members of the team. There is also a great video of Tommy Deo (one of our players) on top of the table in Beorma with the rest of the team singing around him. We have had a good number of sober socials as well.

Steely eyed Lauren shows her UoB pride, no one tell her about the video!

When and why did you take up Athletics?
I started when I was 10. My dad and sister run as well, so I just went along to my local club (Leigh Harriers) with them.

What’s the highlight of your career so far?
European Senior Indoors. I came 6th in the 3000m final, despite falling over and having the race re-started!

Where do you see yourself in a few years?
Hopefully successfully combining my running career and medical career! I’d love to race in the Olympics.

And finally… what’s been your best social and why?
They were better in my first 3 years of uni… I feel too old now!

Lauren finishes off this list of just six Brum internationals, with more than double that in the Hockey and American Football setup alone… I told you we were good!