Forget Crimbo, this is how Brum students celebrated Chanukah

The last night of Chanukah is upon us, so we found out how Birmingham students celebrated the Jewish holiday in Selly

Birmingham has one of the biggest student Jewish communities in the country. For many of those students, celebrating Chanukah in the slums of Selly might be a little strange, so we decided to find out how Brum students celebrate the Jewish holiday away from home. 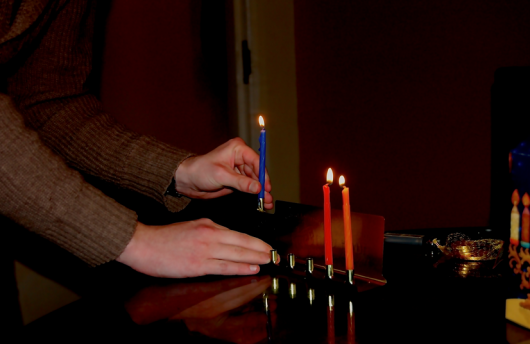 Former guild President, and general BNOC, David Franklin got in touch and told us, “I usually set up a small Chanukiah on the windowsill. I invite my friends and housemates to help me light the candles each day, whilst I say the prayers in Hebrew and then explain it all to them in English. On one of the nights, I make sure to get some doughnuts and we all tuck in!”

Sadly there were no photos of the doughnut party, but he did send us this one: 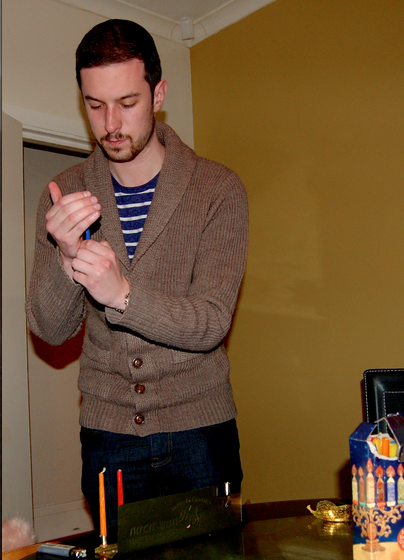 Jsoc’s Chloe Rose told us, “it’s my first Chanukah away from home and I’ve certainly found it hard – there are a mixture of traditions and songs depending on from where you originate and it’s been difficult amalgamating them all in a seven person house and also being away from my family. I plan to FaceTime them one night this week so that even though myself, my brother and our parents will all be in different cities we’ll be able to light the Menorah together.

“Luckily for me, being a Jewish student in Birmingham is a home away from home. There are so many other students engaging in the same festivities as I am and celebrating around me that it makes being here a slight bit easier.” 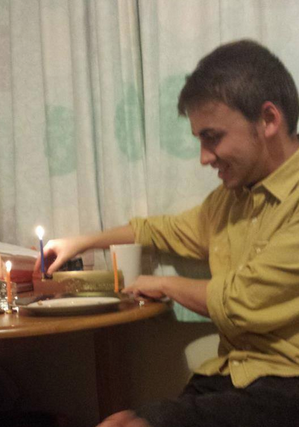 Ayla Esteich, a final year Philosophy & Maths student, celebrated by throwing a party with a mass-game of Dreidel, complete with a load of doughnuts. Yum. 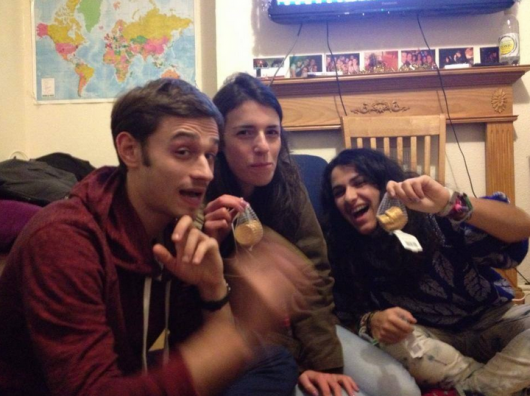 Ayla is a Reform Jew and isn’t involved with Jsoc, but explained that there are lots of different types of Jewish students in Birmingham. She said, “we do what we want for us. There were both Jews and non-Jews at the party, so one of the things we did was put everyone in groups and act out the Chanukah story so everyone knew what it was (which is something we usually do in our youth movement environment to make things interesting). We had 50 doughnuts, loads of latkes and lit the Hannukia and said the blessings for it. We also taught everyone how to play dreidel and everyone joined in!” 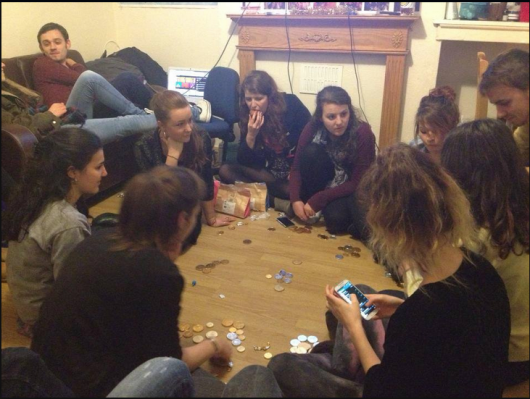 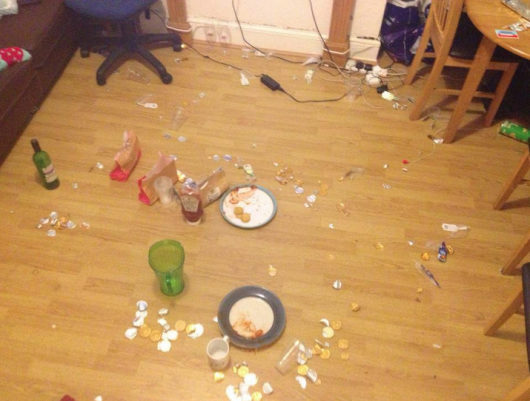 This year also saw the first time a Menorah was lit on campus. 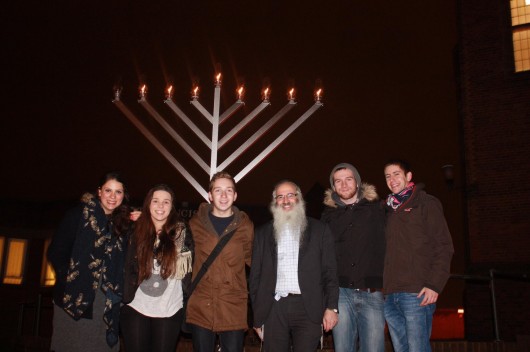 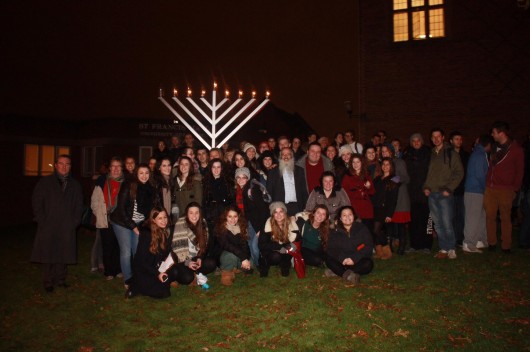 Jsoc outside the Chaplaincy building

I am not a practicing Jew, but this year I decided to embrace the holiday with my housemates. 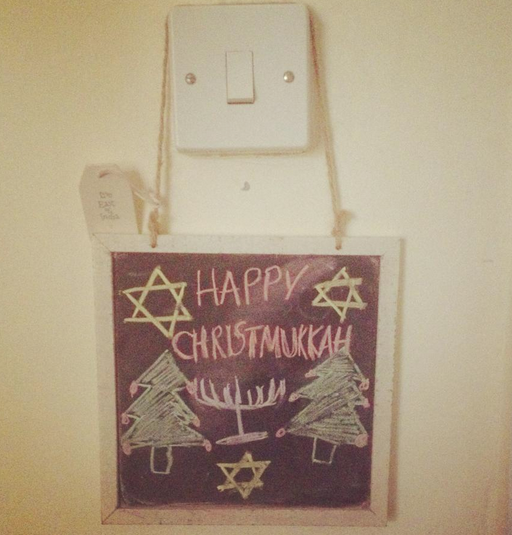 Between us, we are 42.5% Jewish, meaning that we celebrate Christmukkah. 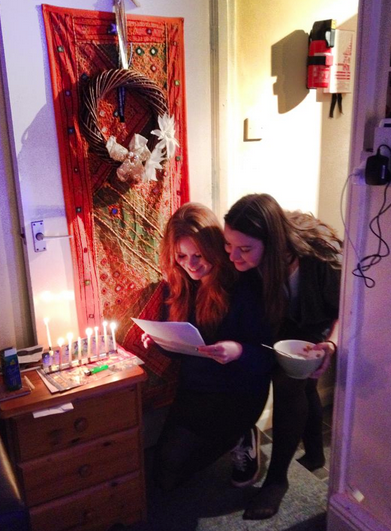 Housemate and I, reading the blessings in Hebrew (phonetically).

And, of course, Chanukah is also a time where relatives traditionally send gifts. One doting grandmother sent The Tab’s Hannah Myerson these… 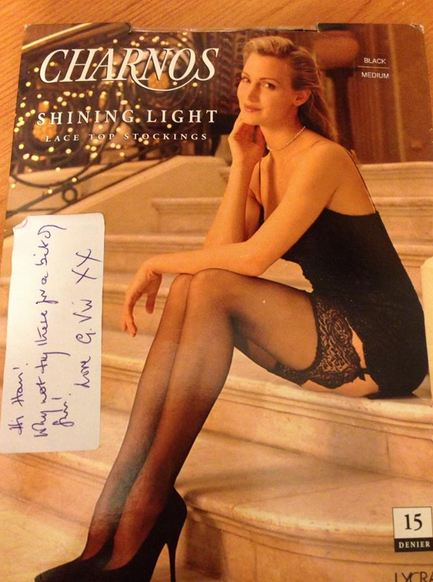 If you can’t see the note, Han’s gran said “Hi Han- why not try these for a bit of fun!”

Whatever it is you’re celebrating this festive season, we hope it’s a very happy one!