At 1:50 it was just another day in the shadow of Old Joe. At 1:59, the chalked pleas on the concrete were answered.

Defend Education protested again today along with staff from across a spectrum of academic departments. 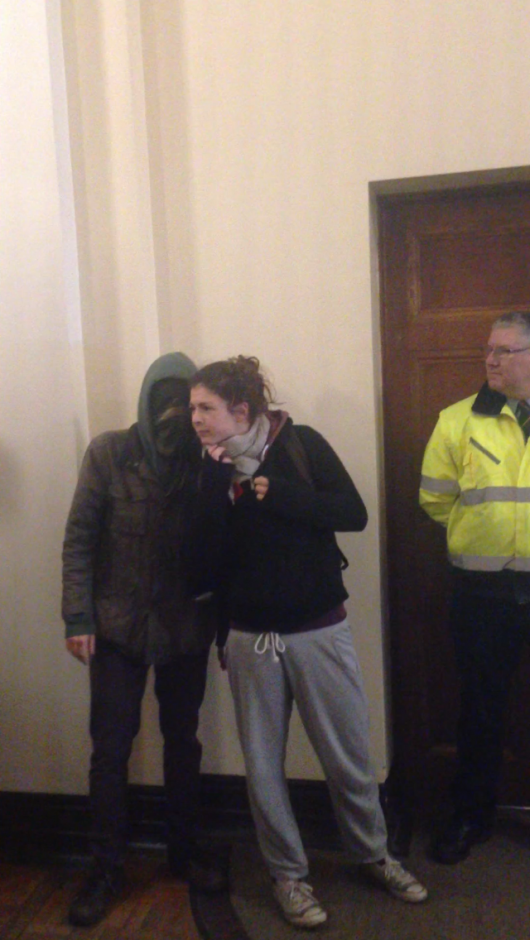 Various other institutions, including the Birmingham Trades Council, pitched in to show their support. Stuart Richardson, treasurer and a member of the NUS, said workers need to be creating a “much bigger round of strikes and protests” to combat the “tremendous transfer of wealth from the poor to the rich” which sums up austerity.

One student complained that “It’s not very Christmassy”. 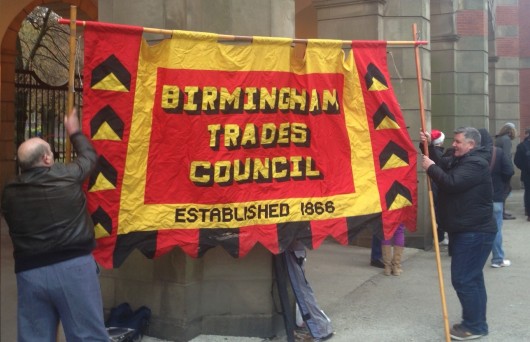 The rally commenced with a reminder of what Defend Education was all about and a summary of where the Birmingham movement fits in on a national scale.

After more speeches outside the main library, the rally split into two groups and rendezvoused at the side entrance to the Aston Webb building. 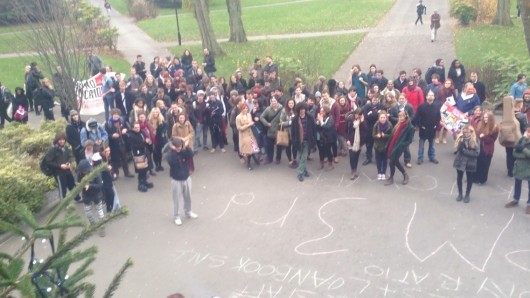 The protesters in force.

Security had learnt their lesson however and all entrances to the hall were blocked off. The leaders of the group oscillated between various plans, one of which included a polite knock on the vice-chancellor’s door, before heading upstairs to re-occupy the senate chamber. 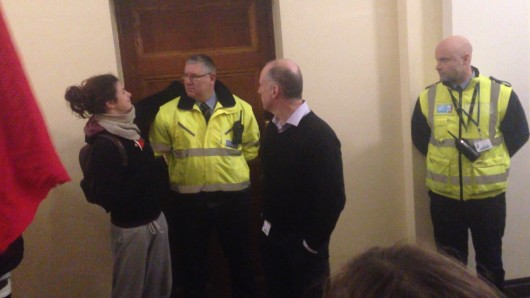 I did suggest he might be out at lunch.

Kelly Rogers, one of the ringleaders of the protest, said she was “unbelievably happy.” Whilst the protest didn’t “initially achieve the targets we set out to achieve…we’ve got an absolutely massive turnout. “

There was little news on when Brum can next expect a demonstration on its own turf, but there was hope for a national demonstration and “re-escalation” after Christmas.

SO MANY STUDENTS TAKING OVER THE SENATE CHAMBERS 🙂 pic.twitter.com/pEL0WlArFs

In the Senate Chamber Kelly broke off to declare “home sweet home” to the protestors.

As the cameras continued to flash, several more students nervously slipped scarves over faces. The organisers were quick to reassure the newbies that the court injunction only applied to those proven to be in the previous occupation. 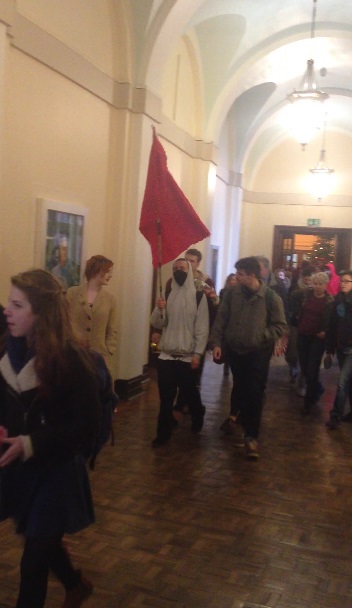 Because masks make it all better.

Whilst this protest may have ended up in the same place as last time, discussions in the chamber revolved around future symbolic sites of protest, and increased targeting of the senior management, who in the words of one student “earn the most and do the least.”