Completely unaware of what Spring Awakening entailed, I was shocked at how graphic and raw this sex-ridden fiasco was.

So risqué that it was originally banned in Germany for some time after publication due to its frank portrayal of homosexuality, sex and child abuse, this was not quite the light evening out with a glass of wine I was expecting. However, this play was so well performed and directed that the audience were quickly eased into the sexy scandals. 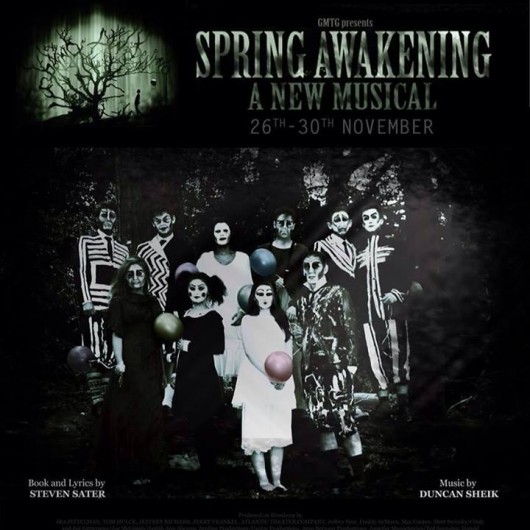 With the play beginning with a journey of sexual discovery among a society that condemns sex, phrases such as “take me these sticky dreams away from me!” had me in stitches. Massive props to Jack Alexander (Moritz) for keeping a straight face, I certainly wouldn’t have been able to. In all seriousness, his energy and complete dedication to the character really shone through in the more exposed scenes, making him one of my favourites to watch. 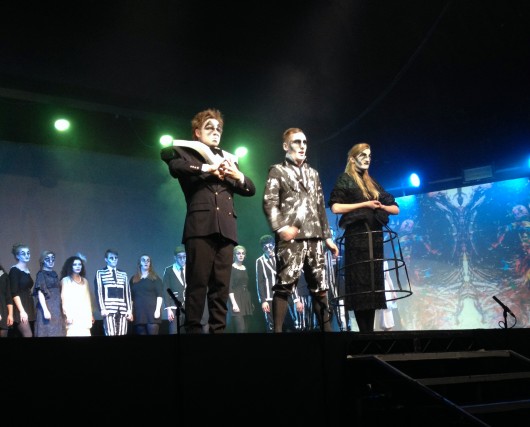 A hunk with the voice of an angel

One of the first things I noticed was what a sexy leading pair Callum Livermore and Fran Handley made as Melchior and Wendla. The cheeky flash of bum from Callum was much appreciated- round of applause. Not only could these two drop jaws with their sex appeal, they could really sing, and their portrayal of the lovers from a state of innocence to experience was touching and so believable, my friends and I were in tears by the end.

Praise is also due for the incredible use of the projectors to complement and highlight the mood and tone of the scenes. It was clear how much additional work had gone into this and it is what made it an outstanding performance. The same can be said for the lighting and costumes, as they really enhanced every scene and the costumes were so inventive with a twist on a gothic monochrome uniform highlighting the strict conventions of the school and society.

I must say a huge congratulations to the orchestra also, because it was very easy to forget that they were playing live as they blended so seamlessly into the performance. A personal favourite was Totally Fucked, any student who is past the point of caring about assignments is recommended to shout along to this song. 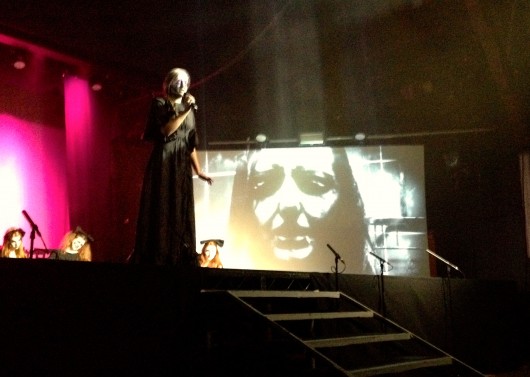 Despite this being the first night of the performance, it was extremely well put together and choreographed and the delivery of the lines was close to perfect. Minus a few mics not being on and a few moments of staging hesitation, it was an extremely convincing performance from all and I would highly recommend going to see it. Be ready for a night that will have you laughing, crying, gasping, and applauding. 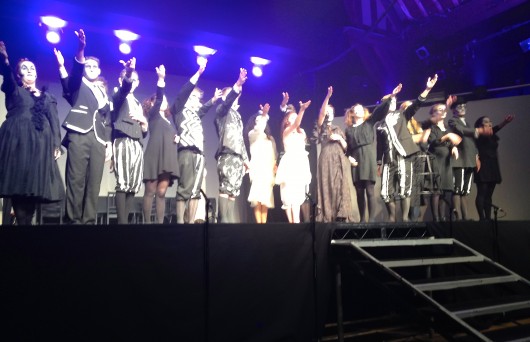