Three men were rushed to hospital after collapsing in the street moments after buying legal highs.

Two teenagers and a man in his 20s were rushed to hospital after taking legal highs in Digbeth.

The trio had bought Sirius Herbal Incense from a store called Zen before they were found on Digbeth High Street on Friday morning.

The men were taken to the Queen Elizabeth Hospital with chronic sickness, which was not thought to be life-threatening. 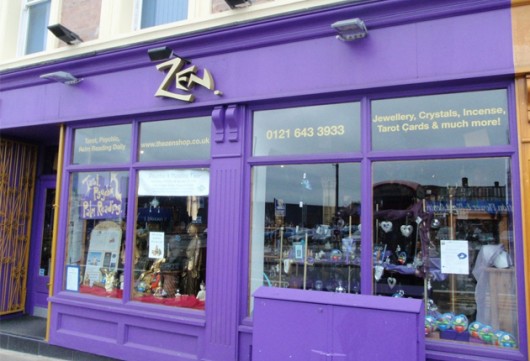 Officers from West Midlands Police visited Zen on Friday and removed the Sirius products from the shelves.

The product is marked ‘research chemical, not for human consumption’.

An anonymous Zen employee claimed the men were regular customers and said they must have ignored the clear written warnings.

The employee told the Birmingham Mail: “It was a Sirius herbal incense which can be used as a fragrance but also for research purposes.

“It is not supposed to be consumed, in the same way that bleach or any other legal but harmful substance isn’t.

“This is the first time we have ever had any problems with products sold here.”

A Sirius Mind and Body website claims the incense is “created from alcohol-free, cruelty-free essential oils, hand-blended with premium herbs and spices, and hand-rolled onto wooden sticks.”

One eyewitness said: “One guy looked practically dead. He was not in a good state at all.”

A police spokesman said: “Inquiries suggest the three individuals were suffering the effects of ingesting a legal substance.”

But by Friday night the incident was no longer under investigation.

Product no longer on sale

Already this year a Birmingham MP has called for controls over ‘legal highs’ after it emerged more than 280 synthetic drugs are being sold across Europe.

Labour MP Steve McCabe said: “It is hard to simply make them illegal because the manufacturers can make changes to the product and effectively create a new substance which isn’t covered by the law but has the same effect.

“Often they are sold over the internet and we need to look at ways of regulating and controlling that better.

“Some of these substances are genuinely dangerous.”

A new original Banksy has been unveiled in Birmingham

Class of 2017: Vote for this year’s best graduation outfit

They probs looked better than you