Move aside Roosters: the Chick Inn Revolution is here

If there’s one thing I’ve learnt about being a UoB student, it’s not only that it takes 12 BCU students to change a light bulb, or that if you want a FAB ticket off the Facebook group you’ll need to re-mortgage your house twice- it’s that chicken matters.

Nothing in Selly Oak is of more paramount importance than low grade, deep fried poultry. Who hasn’t been there? After a hard night’s graft consuming your weight in snakebite, you feel like you deserve a reward. Then, suddenly, you’re lured to the corner of Harrow Road by the mouth-watering aroma of Rooster House.

No other eatery commands such loyalty as these Fast Food Fuhrers of Selly… until now. Not three doors down from the supposed Cathedral of the Cockerel, the somewhat dubiously named ‘Chick-Inn Express’ have opened, and boy they’re causing a stir.

Before, I must confess, I was an ardent supporter of Roosters. However, I can say without a shadow of a doubt that Chick-Inn are superior in almost every way. 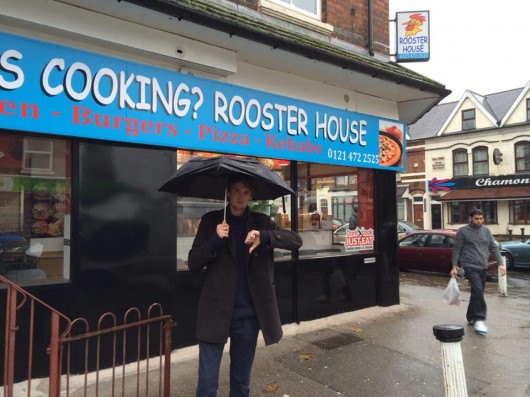 get your act together Roosters

Firstly, the quality is simply of a higher standard. The chicken; more succulent, the chips; fluffier on the inside, crispier on the outside, and the seasoning delivers a greater oomph or pizzazz to tantalise your taste buds. Not only does the flavour enthral you more, but the strips and burgers are noticeably greater in size. This, combined with a texture that almost makes you feel like you’re eating real chicken (a luxury indeed), will deliver a fruitful dining experience for any rat-arsed poultry punter out there. 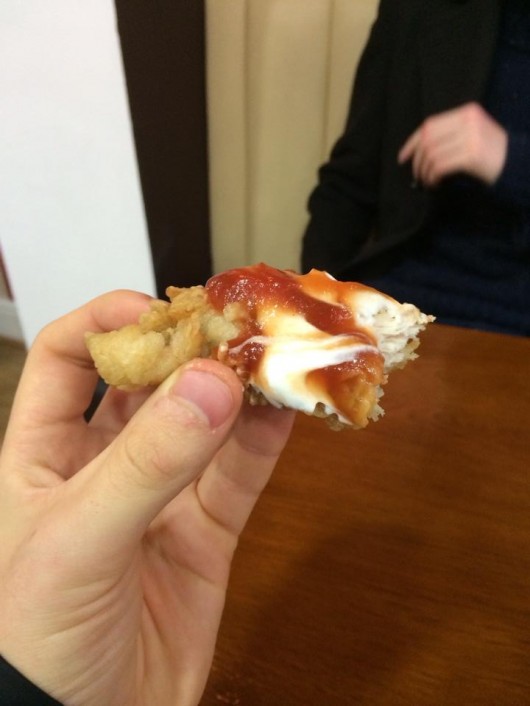 Secondly, you get more extras.  If you want to experience WWII and the delights of rationing ask for ketchup at Rooster House, or from time to time see scorn burn on their faces after a plea for extra strips instead of chips, as if you’ve layed a steaming turd on the counter. But not anymore; the Chick-Inn lads are more than happy to add a dollop more mayo and don’t even bat an eyelid at the order of ‘No chips extra strips’ or ‘No gas extra mass’ (no drink extra strips). If it’s chicken you want and lots of it, you most certainly get it. 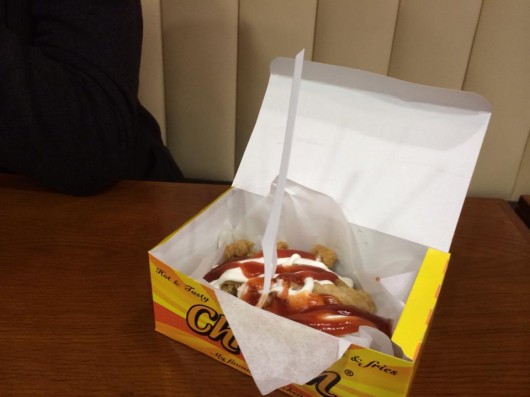 Finally, service matters. How often has your money been snatched away and your meal thrust in your face without even a thank you for your loyal custom? Enough I say! Head three doors down and you will be greeted with not only a smile, but pleasantries and appreciation of your custom. Not only is the customer always right, but even at his lowest, stumbling in, in the most lewd fancy dress, he is a respectable gentleman. 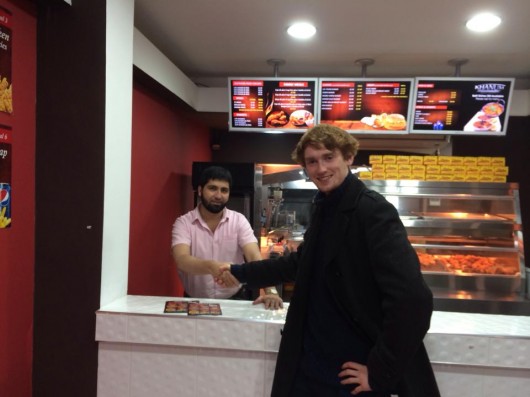 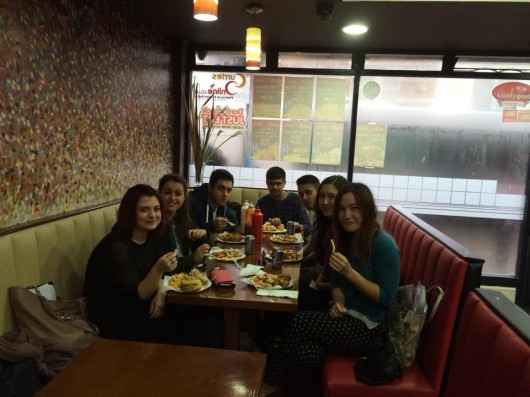 I know that you too may have been loyal and even at one point prayed for Roosters (during the Great Fire of May 2013), but I beseech you; cast away the shackles of loyalty, ignore what popular opinion dictates that you enjoy, say no to mediocre nosh and downright poor service. If you have a genuine passion for poultry when pissed, I wholeheartedly recommend you pay a visit to Chick-Inn. 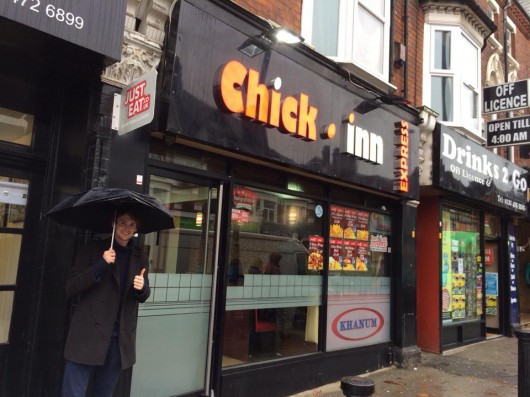