‘Watch This’ present an exciting piece of physical theatre.

Triumphant was the ambitious project directed, choreographed and written by Cassiah Joski-Jethi. It was a physical theatre piece combining dance, music and dialogue.

The play revolved around four characters (Sara Page, Ryan Brown, Bruce-Lancaster-Rous and Sarah Lonergan) who aimed to discover the ‘true freedom of the self.’ Although the plot was not extremely clear, as it often isn’t with physical theatre performances, and some of the dialogue seemed rather random and confusing, the piece was visually very impressive. 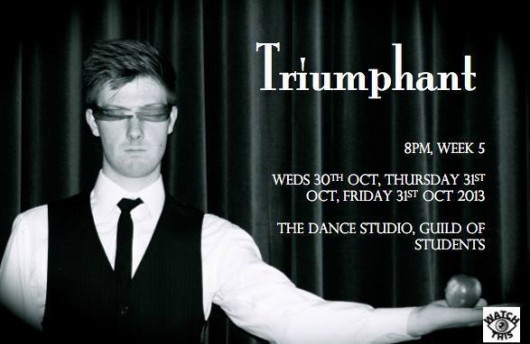 Cassiah created an intriguing set in the Dance Studio, with books scattered across the floor, which I would later find stacked up on my lap in a scene where the actors darted around the audience showing them different books. The lighting was minimal and created an intense mood at points when the actors used the mirror on the back wall to interact with. 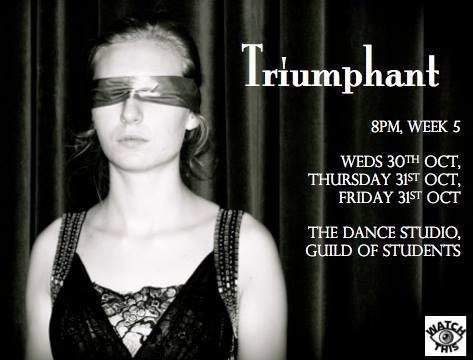 There were some lovely dance sequences where the actors paired up, but the overall favourite moment for me was when loud music was playing and the actors performed complicated routines, which looked effortless, after only having a few weeks to rehearse before the show. Sara Page, in particular, gave a stunning performance and showed real skill as a dancer.

We hope to see more pieces of original theatre like this at the Guild in the future! 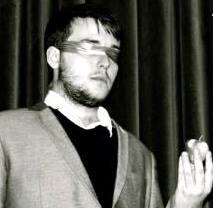