Checks were carried out on staff and three arrests made at the venues last week.

But a Legs 11 spokesman stressed the clubs did not knowingly employ illegal labour and every worker is thoroughly vetted. 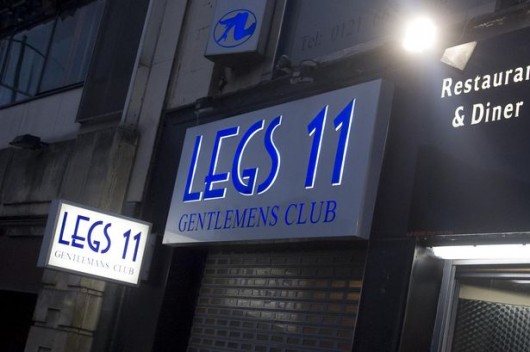 During the raid, a 28-year-old Nigerian man was arrested at Legs 11, Broad Street, for overstaying his visa. He is now in detention pending deportation.

At the same venue, a 30-year-old Albanian man was arrested on suspicion of entering the UK illegally.

While down at Chinatown, a 47-year-old Albanian man was arrested for entering the UK illegally. He is currently being detained pending deportation.

The Home Office spokesman commented: “We are carrying out regular operations across the West Midlands.”

“Legs 11 boasts a hand-picked selection of some of the most beautiful women from around the world.”

According to its website, Legs 11 has been a regular destination for showbiz celebrities and sports personalities since 1996.