The Guild banned students from dressing as Mexicans, comedy characters and the Native American from the YMCA because they think they’re racist

• Guild bans students from wearing sombreros and YMCA outfits because they are “racist”.
• Student dressed as Sacha Baron Cohen’s General Aladeen is refused entry to Fab n Halloween.
• Angry students threaten to boycott the Guild, saying it is “ruining our university”

A third year has accused the Guild of “ruining our university with your stupid games” after students were thrown out of Fab n Halloween for donning “racist” outfits.

In an 800 word rebuke, Jonathan Blausten told how he was refused entry to Fab n’ Halloween because he was dressed as Sacha Baron Cohen’s comedy character Admiral General Aladeen. 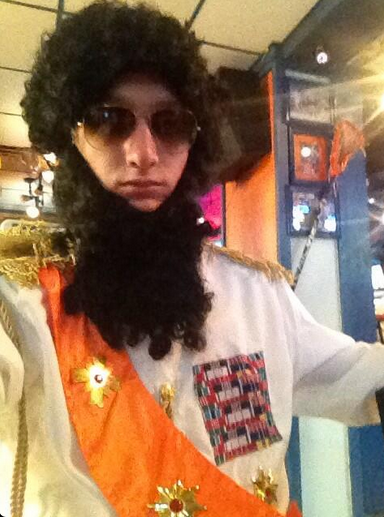 This is not Jonathan

Blausten claims another friend was thrown out of the event because he was dressed as the Native American member of the Village People, while another friend dressed as a Mexican was allegedly denied entry because “Mexico is an oppressed country.”

Meanwhile Carl Raynsford, a member of the Basketball team told The Tab his team were not allowed to attend the event dressed as Mexicans.

He said: “We were dressed as Mexicans which involved only a sombrero and a poncho and potentially a drawn on tache. I’m not sure why its deemed racist nor why the ‘anti-facism officer’ needs any involvement, would I be offended if someone came as an Englishman?”

In a message to the Basketball team VP Sport,Vicki Harris defended the ban. She said: “Heyy, news is not too great I’m afraid. Completely appreciate that this could be a struggle for you to change now, but after speaking with other officers (VP Welfare and Anti-Racism and Anti-Fascism Officer in particular), dressing up as Mexicans would not be okay since it could be seen as imitation of a culture and relate to a stereotype about the race of that particular ethnicity group, even if the intention is by no means harmful at all!

“We are in the process of creating some guidelines which will offer more direction and explanation about fancy dress and the policy than what I am able to give you now, but in the meantime if you have a back-up theme I would recommend going with that instead! Or just going as your original halloween theme but without the mexican aspect to it (from speaking with venues you would be asked to take off mexican-related fancy dress items before coming into the guild). I hope that makes sense, please let me know if not. And thanks again for getting in touch with me about it x.”

In the open letter, Jonathan says:  “Last night, I was refused entry to Fab n Halloween dressed as Admiral General Aladeen from the Dictator, because my costume was ‘racist’. I’m still waiting to hear who I was offending, going as a character from a fictional country in a movie which parodies almost every country on earth with no particular bias.

“Last night, I met someone (Initials JB), who had gone to Fab with his house. They had all gone as the Village People. He just happened to be the one dressed as the Native American, wearing a head dress. He was thrown out of Fab for being ‘racist’. I’m still waiting for the Guild to ban the YMCA. 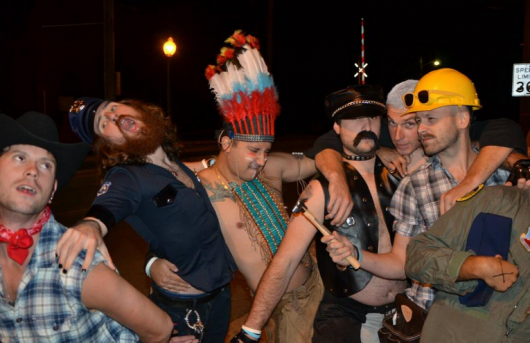 “The night before that, a friend of mine (Initials also JB) was refused entry to Fab dressed as a Mexican, with a real moustache and a sombrero, because apparently that was ‘racist’. Standing outside Fab last night being told I wasn’t going to get in, I had the chance to bring up the fact they wouldn’t allow someone in dressed as a Mexican. The response I got was “Mexico is an oppressed country”.

“Earlier in the week, a group of freshers were told they weren’t allowed to wear their costumes into the Guild. They were going as bats, and part of their costume involved painting their faces black. Apparently this was also racist.

“These are just four examples of the Guild’s stupid new ‘Zero Tolerance’ policy at work. Seeing as this is just one week, and just people I know, I’ll assume there are more. Security last night very kindly showed me the three pages of bullet points which comprise this new policy. That’s great. But nobody could answer one question: zero tolerance against what?”

The letter continues: “The Guild are perverting what is actually a very important conversation. By cutting out even the slightest mention of race or even by looking for wrongdoing when it just isn’t there, they’re giving themselves no leg to stand on when someone is actually racist. There’s no difference in treatment, and no room to make an example of someone.

“This stupid, catch-all policy is just lazy, and students are being punished for no reason. I don’t want to get too political with this, but every single person I spoke to last night pointed me in the directon of VPDR Tom Wragg. From security to Guild staff, to members of Guild Council. They were all so willing to give his name up.

“Decisions which affect all of our student lives are made by people who most students didn’t vote for, largely because most students don’t care at all about student politics. There are 15000 students at this University. More people actively voted against Tom (running unopposed) than voted in the Falklands’ elections.

“Why are people who represent such a minority of students allowed to act like they can do whatever they want? How on earth is this policy ‘representative’? Who did they consult on this? How can decisions as big as this be made without any care for what the 14000-odd non-political students think?

“I personally will not be visiting the Guild again during my time at university unless this issue is resolved. The Sabb Officers are paid £17,000 tax free to represent the student body. I am struggling to see how my Guild represents me in any way, shape or form.

“The inconsistencies are ridiculous. It appears the Guild deem it ok to go dressed as a Guantanamo Bay prisoner but not as a fictional dictator or as a Mexican. It appears you’re not allowed to paint your face black as part of a bat costume, yet the song playing as I left the Guild last night was a certain Jay Z & Kanye West song set in Paris. Sort it out.”

Read the letter in full here.

The Tab contacted the Guild for comment but did not receive a reply.