Strictly Come Dancing fans will be excited to hear that Countdown presenter Rachel Riley and her dance partner, Pasha Kovalev, were on campus last night filming for Saturday’s show.

But the blonde brainiac, 27, wasn’t practising her Tango or Fox trot with the Ballroom Dancing society.

Instead, she was actually having a cheeky game of squash in the Munrow. 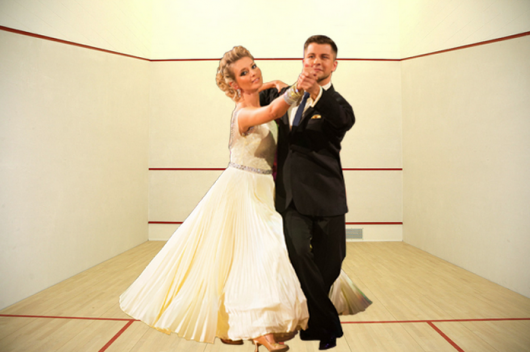 A BBC spokesperson told The Tab, “Last night Rachel and Pasha used a squash court on your campus for a squash game as part of this week’s strictly VT filming.”

Rach and Pasha have made it through to week 4 of the dancing competition, so here’s hoping their squash-playing skills will help them on their way to victory this week.

Strictly is on BBC 1 this Saturday at 6.30pm