Gun attack at the Rainbow warehouse

A man is fighting for his life after being shot in the abdomen last night in suspected gang violence at the Rainbow warehouse.

The incident happened just outside the Rainbow warehouse at approximately 23:45pm  at the Circoloco music event. 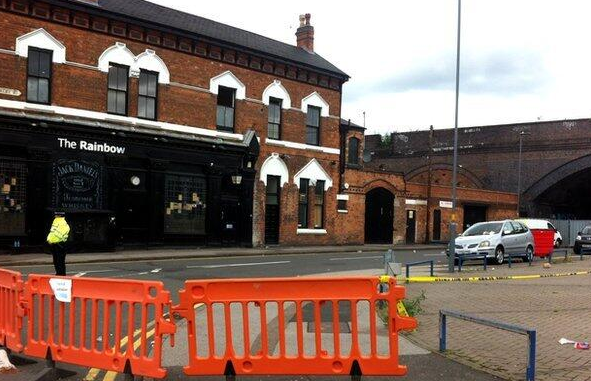 The venue is still cordoned off

A 21 year-old Brum student, who wishes to remain anonymous, told The Tab, “my friend said there was a fight and then there was what sounded like a balloon popping and she saw a guy on the floor.”

“I was about 30 people away inside and it was pretty manic…they stopped the music then got everyone out. It was pretty scary, we just left and got in a taxi straight away.”

A 19 year-old man from London, who also wishes to remain anonymous, told The Tab, “Even before the shooting there was a bit of an atmosphere.”

It’s quite a daunting place when you’ve never been before and there were noticeable gangs hanging about.”

He also added, “It was intimidating.”

The event was supposed to last the entire weekend but has now been cancelled.

Police are appealing for witnesses to come forward to help their investigation. You should call 101 if you have any information.