A lot of people judge Drama and Theatre Studies students for being cliquey and elitist and I hate that misconception, as they are not, but if there was ever a case to be made for its truth, Chicken Run: The 48 Hour was that. 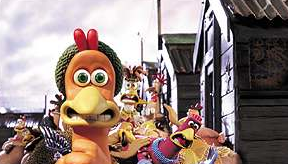 The show, as put on by Watch This, made me want to walk out about midway through the second act when the egomania started to hurt my head and I worried about a migraine ruining all my post-exams fun in the sun.

The story follows a band of chickens, led by Ginger (Phoebe Brown), who ask a smooth-talking rooster, Rocky (Jacob Lovick), to teach them how to escape from certain death when the owners of their farm, Mr. and Mrs. Tweedy (a fine, underused Jack Toop and Danielle Blackburn) decide make them all into pies. 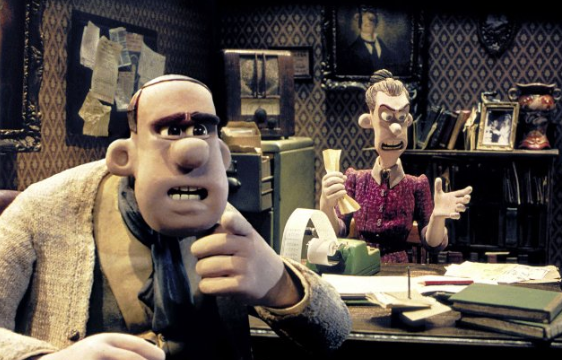 There were a few flashes of great, well-delivered material, mostly in the first half, and some performers really tried their absolute darndest to drag this performance out of the dirt. Brown, in particular, must be applauded for her composure throughout.

I do not know Lovick, so I have no personal opinion of him. His personal opinion of me, I’m sure, won’t be too tender after this review, but it needs to be said: never have I seen such a self-indulgent performance. Line after line was forgotten and in-joke after in-joke was thrown out. He kept throwing his hands in the air, as he fucked up for the umpteenth time and laughed “sorry” like a billionaire does when he bulldozes people’s homes for his golf course. It was embarrassing to watch and I am annoyed I dragged my friends along to see such unabashed (and undeserved) arrogance. Chazz Redhead and Ken Thomson, to a lesser degree, did the same. 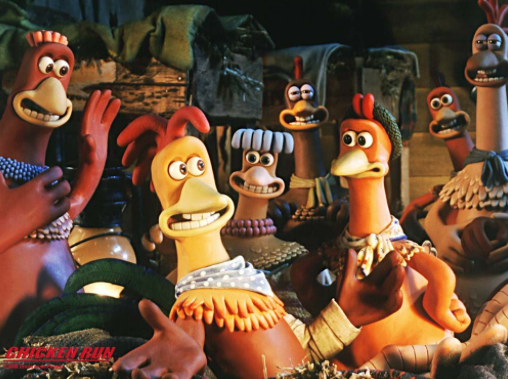 Also, what was the point of Toad-Stool (Jack J Fairley)? That scene may have worked in the film, but it was dire here. And the dance routines? I know the deal, 48 hours to put it all together, blah, blah, but this shit made Ann Widdecombe look like a sweet groover.

It was a lovely idea to have Wallace (Joe Belham) and Gromit (Bekah Lucking) narrate the show, what with Chicken Run being an Aardman Animations piece. Both did a sterling job and Belham resisted the temptation to completely give up caring, unlike some of his co-stars, although he did play the ever-deteriorating situation for laughs, throwing himself on the floor, all in-keeping with the lines of the script.

Peter Dewhurst, as Fowler the old cock, was consistently amusing and in character, although I can’t help but think he started the landslide by alluding to some backstage bananadramarama gossip. It was funny even though I personally wasn’t in on the joke, but it got progressively less funny as it started to dominate the show, and soon became distinctly unamusing. 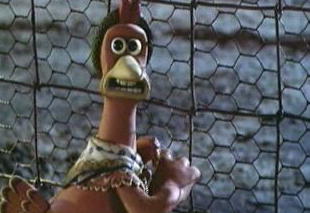 No escaping this performance

I want my money back.

The show was on 2nd June at 7.30pm, and was performed in the Debating Hall in the Guild.