Brum graduate Tim Stillwell made his debut on last night’s Apprentice. The Tab reviews his performance.

This is it. This is the moment we’ve all been waiting for. My housemates and I are fixed to the screen, waiting to hear Lord Sugar ask Tim Stillwell about his booming Burrito van business at UoB. We feel as though we know him.

But four minutes in and we’re yet to see a shot of our Burrito Man. 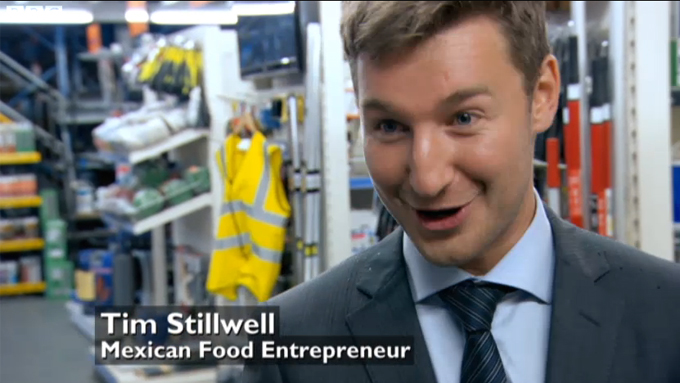 This year’s candidates resemble Big Brother contestants more than anything else, so Tim really needs to pull out all the stops to stand out among the raunchier characters and the Welsh-Count Dracula. (Those eyebrows.) 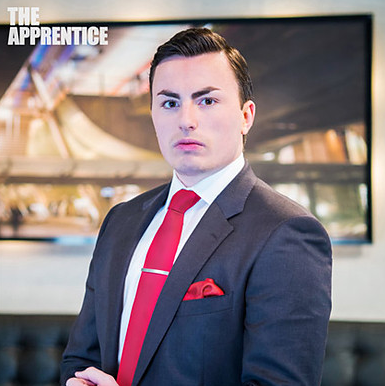 Who’d win in a fight, Burrito Man or The Count?

Here’s a run down of Tim’s appearances.

3 minutes in: Tim’s crotch comes into shot, with his hands nervously clasped.

4 mins: The Boardroom. Tim does not get a seat at the table. He must stand. 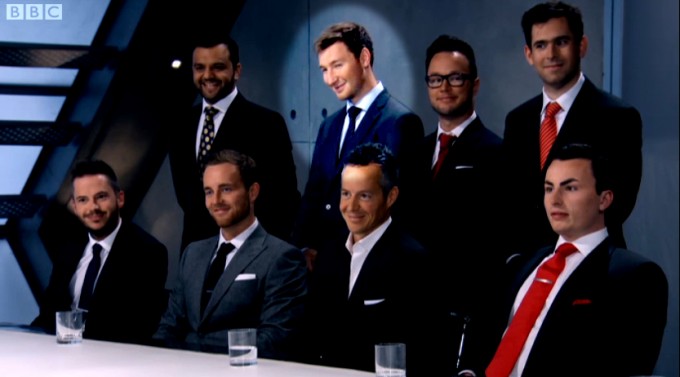 Tim, highlighted, is forced to stand

5 mins: Candidates are asked by Lord Sugar to say a little about themselves. Tim is not asked.

8 mins: Candidates pick a Project Manager. Tim looks a bit sheepish and does not put himself forward, but neither do the majority of his team so we’ll let him off.

10 mins: Teams are riding in the cars, general ego-bashing going on. Tim is nowhere to be seen. Perhaps he is driving alongside in the Burrito van.

26 mins: Tim’s team sell cat-litter to Battersea animal centre, but Tim does not seem to be there.

Tim’s nose comes into shot briefly – he is there.

27 mins: Tim’s constant smile is noticeable, even when things are tense. One housemate beginning to grow infatuated with him.

28 mins: Two candidates have a spat in the car across Tim, who is awkwardly sat in the middle. Tim is very uncomfortable, remains mute throughout the disagreement. 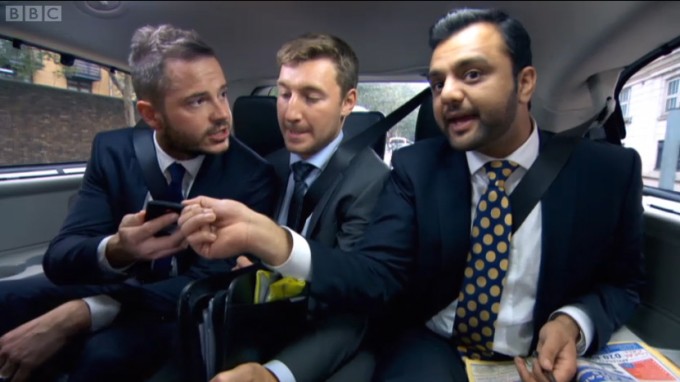 30 mins: Out of nowhere, Tim pitches and successfully sells some high-vis jackets at a competitive price of £1.20. You go Tim-coco!

31 mins: Tim is like a very excitable dog after the pitch and says, “Finally sold some products!…Thought I was always gonna be in the background!”

Tim does some kind of pirouette in the warehouse after his triumph. 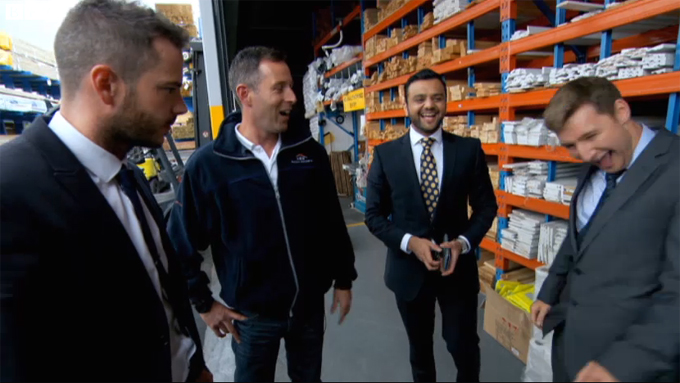 35 mins: The Boardroom. Things are tense. Tim is mute.

41 mins: Tim pipes up with a slightly unnecessary but bold apology to Lord Sugar.

Tim is told to “shut-up” by Lord Sugar. Housemates and I all feel a bit embarrassed.

Although a little subdued, Tim did us proud. He’s certainly the most decent human being on this series, anyway. 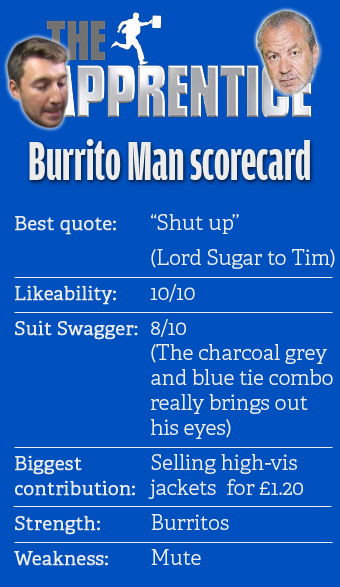