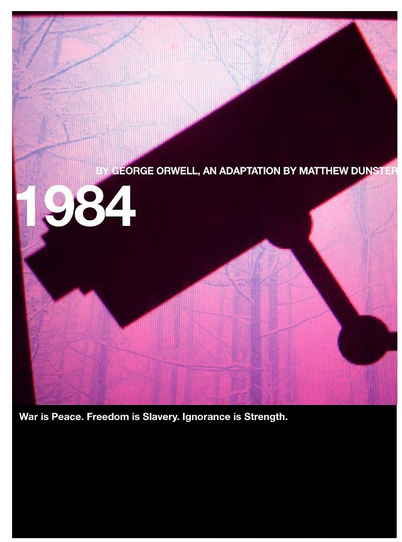 Awaiting the arrival of the cast on stage to the ominous sound of a helicopter, I was reminded of the equally mysterious opening scene of Apocalypse Now. However, while one explores the terrors of a past war the other, a rare stage production by 3Bugs of George Orwell’s ‘1984’, delivered a successfully harrowing exploration of a timeless threat of an oppressive dystopian society.

Located in the A.E.Harris, an almost abandoned and freezing warehouse in a backstreet of Birmingham’s Jewellery Quarter, the audience were presented with a minimally set stage. While the few props used were regularly rotated, the permanent fixture was a line of television screens creating an unavoidable glare as the focal point of the stage, cleverly mirroring in the audience the same inescapable gaze of the television screens felt by the characters, permanently watched by the face of INGSOC, the dictating party.

Defying the freezing conditions, the cast gave an extremely strong performance, offering a convincing insight into the various minds of the characters within such an oppressed state. 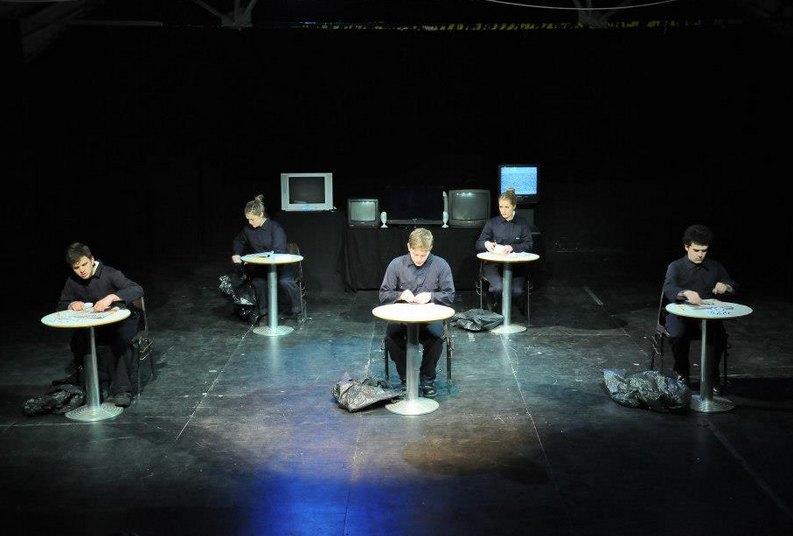 Characters such as the naively passionate Parsons (Luke Scodging) did his bit ardently for the party alongside the deceptively friendly Charrington (Dory Wainwright) who ultimately betrays the extremely impressive Winston (David Williams) and Julia (Beth Kapila). 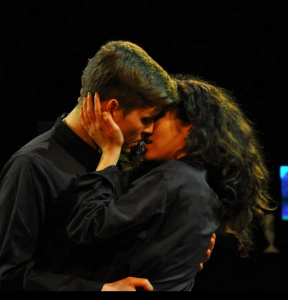 breaking romance as they appear to offer a light at the end of this upsettingly despotic tunnel. Unfortunately for the audience, and more importantly Winston and Julia, this light turns out to be an oncoming train, annihilating any sense of a happy ending.

Despite this unavoidably dark ending, and its intentionally depressing presentation, the production did far from disappoint. It was everything you could expect from an Orwellian narrative and certainly did the novel justice.

Two question marks I personally had before curtains were, how would they deal with the extremely heavy political manifesto covering roughly 60 pages in the novel, and how successfully could they reproduce the harrowing and terrifying scenes in the ironically named ‘Ministry of Love’?

If they were my questions, their answers get a 1st. Ken Johnson delivered an exceptionally impressive monologue, in the character of Emmanuel Goldstein, with great composure, assurance and power; while the torture-cum-rehabilitation scene between O’Brien (Jonty Crowley) and Winston (Williams), scattered with blood-curdling howls of pain and hacking away at any remaining hopes of humanity and redemption, at times sent shivers down my spine, and led to some (not naming names) unable able to watch. 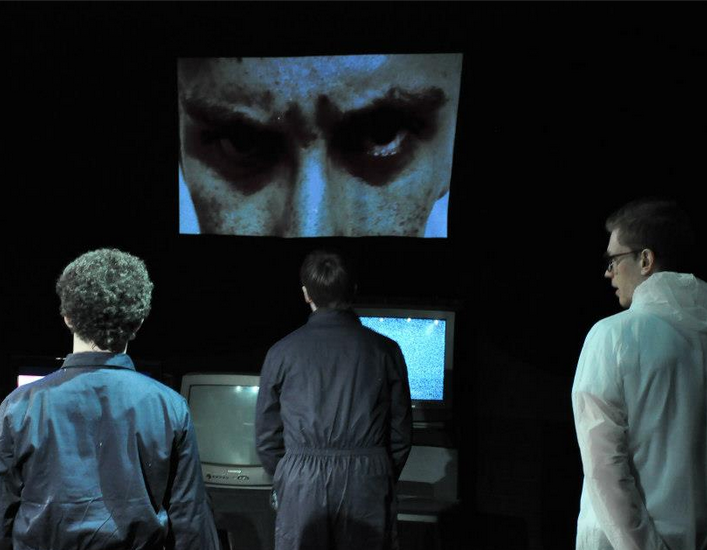 The audience’s enthusiastic applause and cheer for this fantastic play showed how impressive the production was- a great achievement by director and producer Hannah Roe and Charlie Pepperell. I was left with a great sense of relief to have escaped the horror of ‘1984’.

The play was performed from 14th – 16th March. 3Bugs production company will be performing Wuthering Heights from 20th – 21st March at The Edge, Digbeth, at the same price of £4-£7.