The Tab goes along to try capoeira and finds muscles it didn’t know existed.

If I’m honest my legs did hurt quite a lot the next day. Having the pleasure of Tony, the treasurer, being on my course we had often asked him how long it would be before his ‘martial art’ was on strictly. However the reality was very different.

Capoeira is an Afro-Brazilian martial art done to music. It helps you work on flexibility, muscle build up and general stamina. I had been told that I would feel it in the morning, but really, it was not as bad as I had been led to believe. 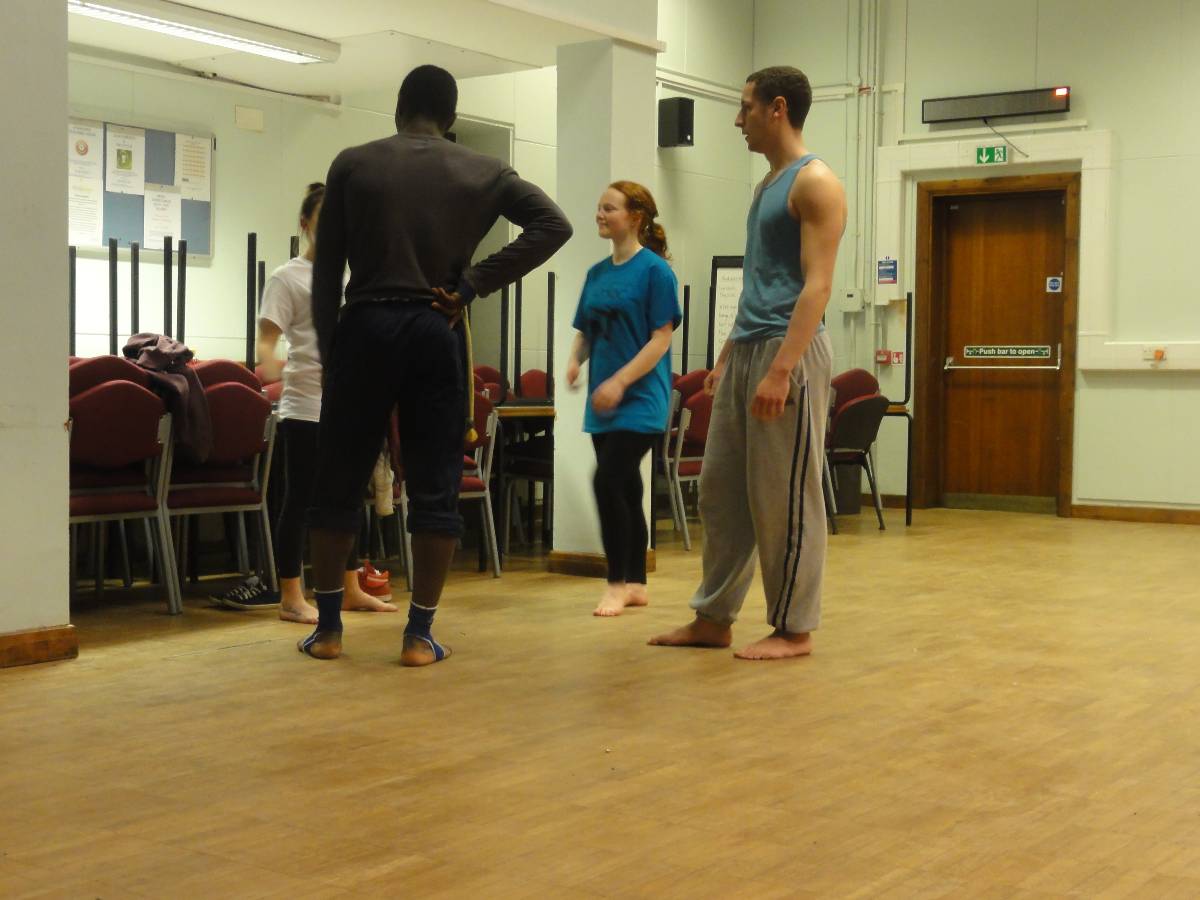 It’s not all hard work

We started with a warm up, again I had been warned this was pretty tough and I’m really unfit so with trepidation we set off running after the coach. The run was followed by stretching and some basic capoeira moves. 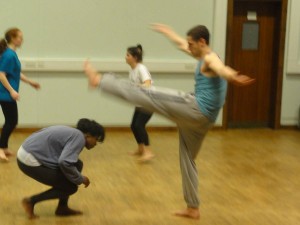 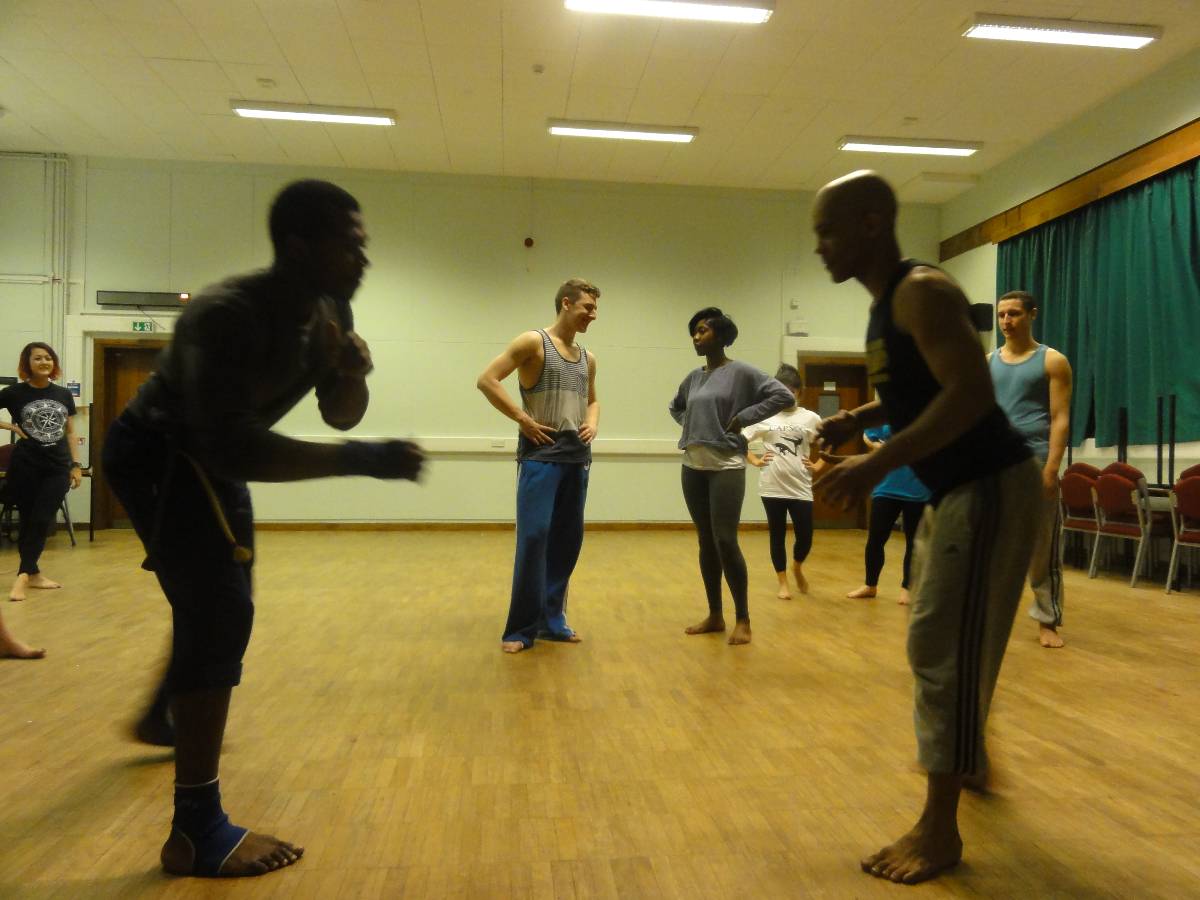 Israel (right) and Wale (left) give a demonstration

Before everyone had turned up I had a quick chat with the coach, Israel and the president, Wale. Israel is native Brazilian who lives here in Birmingham who has a real passion for capoeira and this translates into being an excellent teacher. 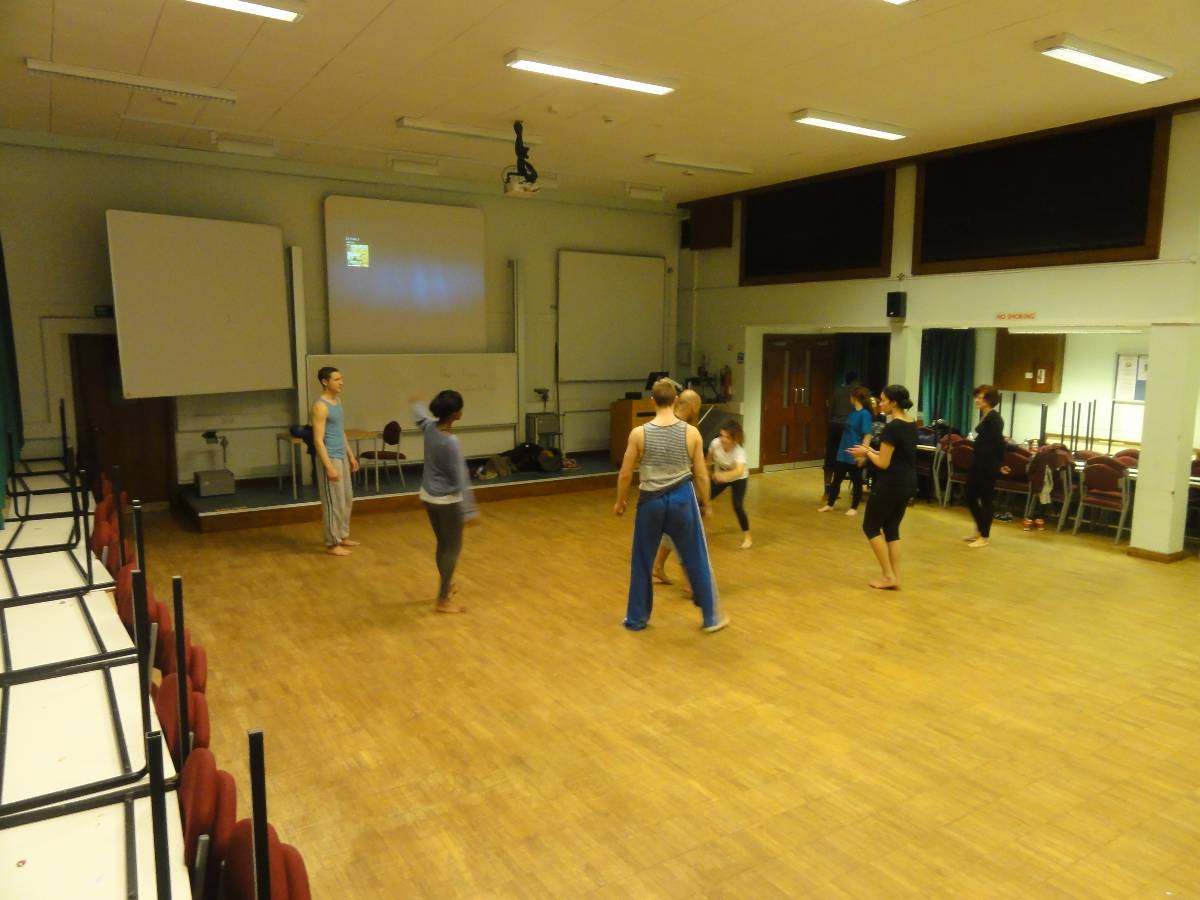 The players form a ring and the ‘fighting’ begins

Everyone who fights gets involved in the drumming, clapping and singing which adds to the atmosphere. A circle is formed and the ‘players’ take it in turns to play a game in the middle, which resembles a kind of conversation with one person saying something, one move, and the other person responding, another move.

Israel and Wale show you how its really done: http://www.youtube.com/watch?v=9xxm3cVLolI

Even in its most basic form it can still be quite complex but when it’s done right it is a great spectacle. Anyone can fight anyone; guys fight girls, girls fight guys…egos can be massively bruised.

Over the course of the 2 hours flexibility, core muscle strength and stamina were all put to the test. 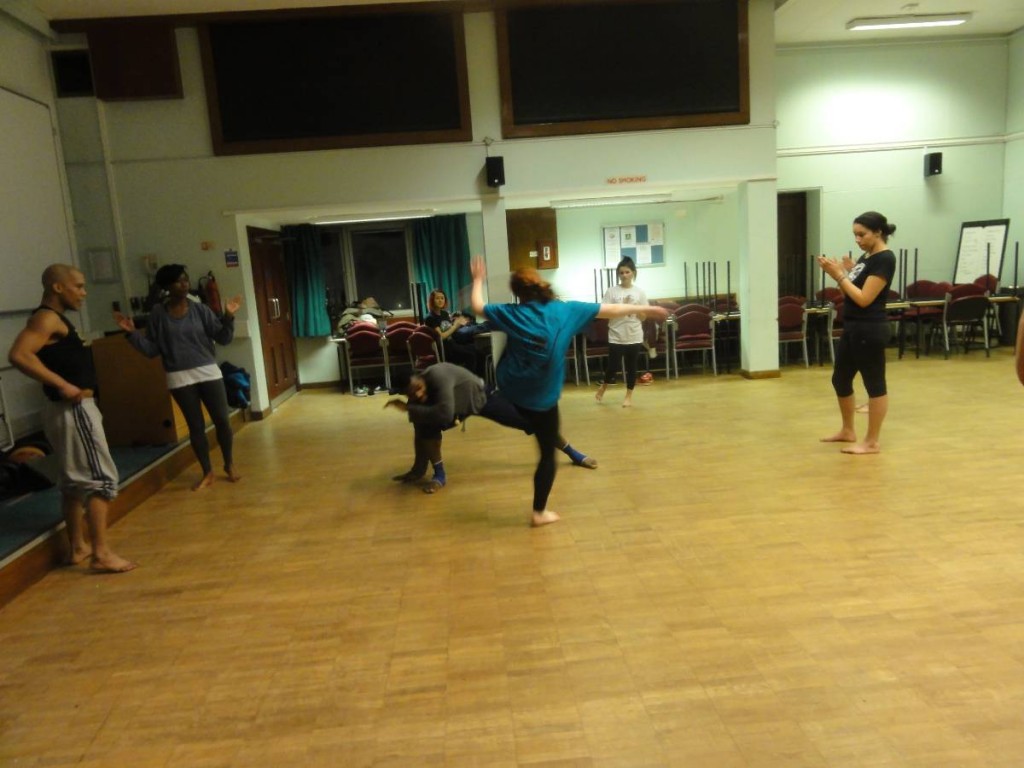 Size is not an issue, anyone can fight anyone

This really was the ultimate ‘something for everyone’ society. I would strongly advise people to give it a go, whether to meet new people, learn a bit about Brazilian culture or seriously work those muscles. Some of the people there (basically Israel and Wale) are some of the most flexible people I have ever met!

They meet every Tuesday and Thursday in LR5 of the Arts building. The best place to get more information is on their Facebook. Follow them on twitter