RON for your lives 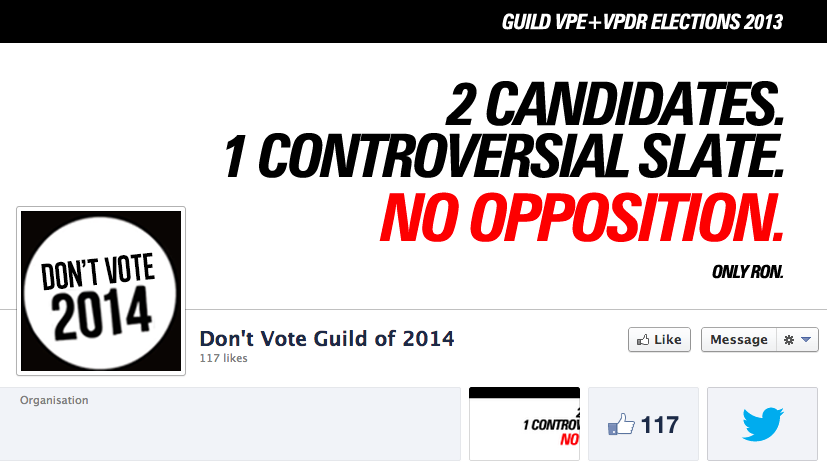 The page urges you to vote for RON which forces the Guild to re-run these elections and allow new candidates to enter the race and oppose the candidates currently standing.

So far, the only candidate running for VP Democracy and Resources is Thomas Wragg, and for VP of Education, Hattie Craig.

Craig was in hot-water last month after a private thread between members of the Guild was leaked onto the popular ‘Spotted’ page, which exposed them discussing who they had to hand in their collected proxy forms to for the General Meeting. Craig commented on the thread: “don’t hand in the forms where they voted against.”

The anonymous creators of the page Don’t Vote Guild of 2014 told the Tab, ‘we are concerned that, for VPE and VPDR, the candidates are running uncontested. First and foremost, this is wrong.’

They also said, ‘Both of the candidates set to win by default belong to the ‘Guild of 2014′ group of candidates, a radical, far-left slate seeking absolute control of the Guild of Students in order to implement their highly controversial agenda unchecked.’

‘A win by default is NOT democracy. Vote RON for the proper contest you deserve, and end corruption and cronyism in the Guild.’ 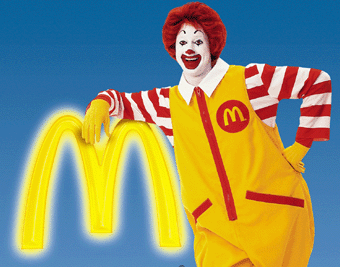 The page urges you to vote RON

‘We feel the students of the University of Birmingham deserve a choice. Our aim is to help RON win his first ever Sabb position at the Guild in the hope that, once subsequently properly advertised, additional candidates will stand for election.’

The page is sure to create a bit of stir, so we will be keeping Tabs on it. Meanwhile, until it all kicks off, check out which Rons we think would be an asset to the Guild.