Will Amott went to check out GMTG’s Little Shop of Horrors- An energetic production set to freaky funk-soul tunes. 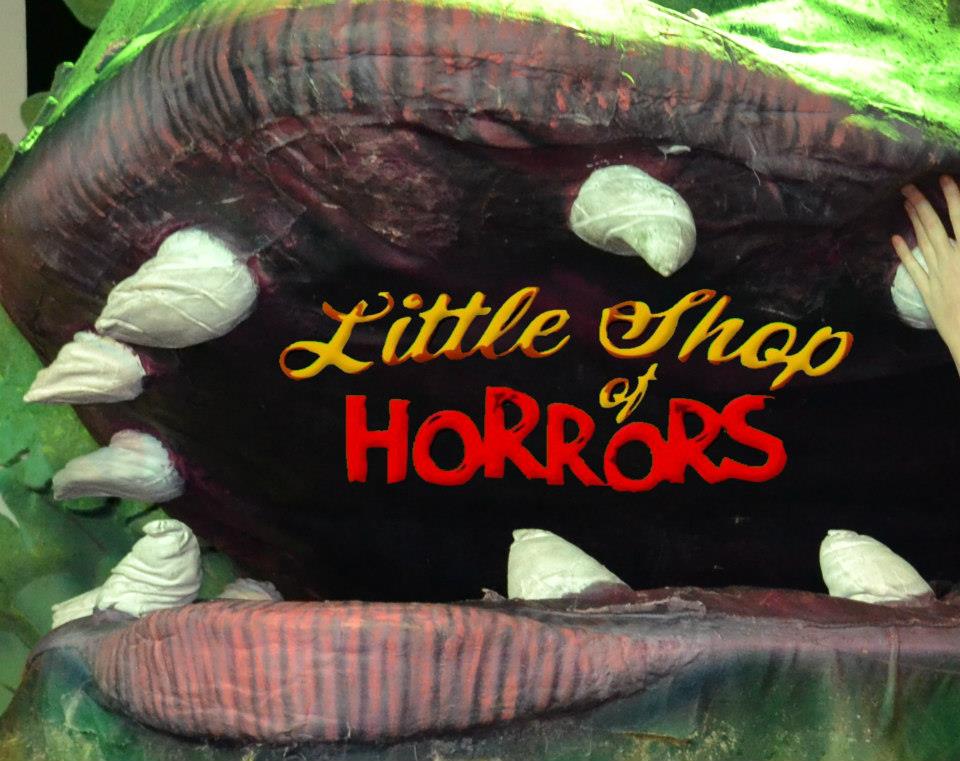 The production of the Guild Musical Theatre Group’s Little Shop of Horrors was anything but little, and full of more spectacle than horror. One could go into this show expecting it to be camp and full of cheese – “No shit, Sherlock” the man-eating plant bellows in response to those audience members, as the show takes its melodrama and Boursin in its stride.

The rock-musical-B-movie-comedy is set in the Big Apple and follows the story of Seymour (a perfectly cast Joe Hinds), an awkward junior florist, as he tries to save his boss’s business by introducing an as yet undiscovered plant, while pining for ditzy co-worker Audrey (an endearing Lauren Dickenson).

The plant (voiced by Robbie Curran) turns homicidal. The love story that grows alongside the plant is deftly played, perhaps too well too early on if that can be said, as one cannot really see why they aren’t already together. However, their stirring duet “Suddenly Seymour” was the musical highlight of the show, the finale a close second.

Ronette, Crystal and Chiffon are the audience’s guides through the show, and portrayed with exuberance and excellence by Nicole Olayiwola, Ana Richardson and Charlye Simpson. Their finger snaps and hair whips keep the energy of the show at one hundred and thirty percent if ever a lull threatens. Occasionally the breakneck speed meant words were lost, but vigor was not. 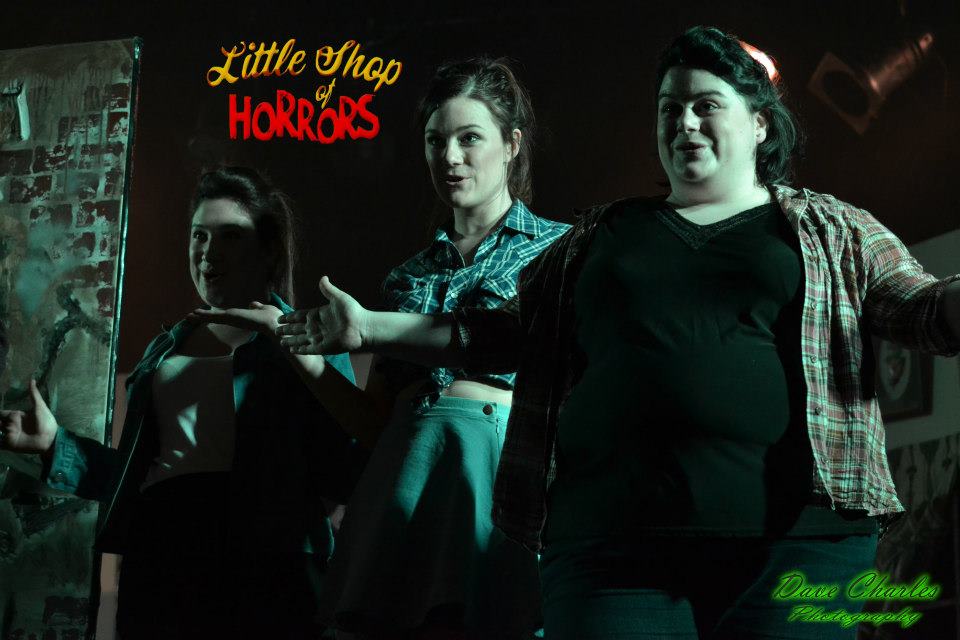 Mention must be made of the other two major characters, Audrey’s psychotic boyfriend Orin (Jack J Fairley) and Seymour and Audrey’s employer (Mike Howie). Both play it large and it pays off. Fairley steals every scene he is in and, while Howie is a little slower to grab one’s attention, his final few scenes demonstrate excellent comedic timing and some great hip-work.

There is little to fault with this production, save perhaps a few accent issues and the lack of audibility for some of the guest characters like Skip Snip. Also, the handling of Audrey’s domestic abuse is awkward and glib; the injuries should be played down, or the importance played up. The plant hurting people does not necessitate much gravity, but people hurting people perhaps does.

GMTG’s Little Shop of Horrors is buoyant, jubilant and melodramatic. Its characters have voices that are too high or too low, accents too broad, the outfits too bright, but it all feels very purposeful. There is almost a comic-book element to the proceedings.

You can picture the Bams and Pows and Whallops as Seymour crashes to the floor, spilling pots, or as the crowd jostles each other out of the way to get closer to the newest homicidal tourist attraction. All in all, one to recommend. 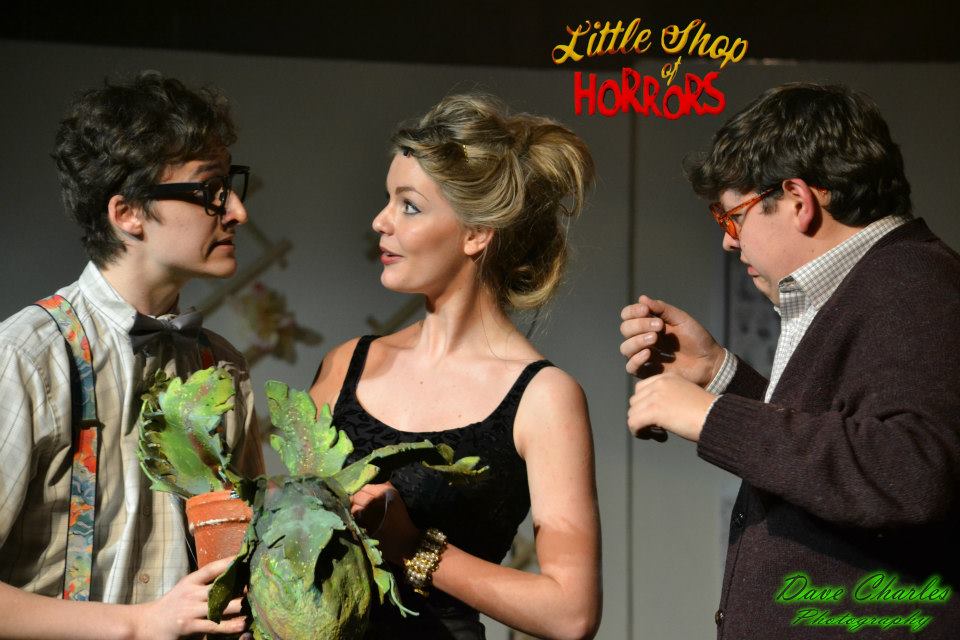 The show is on till 23rd February at 7.30 pm each night, with an additional matinee on Saturday at 2.30pm.

Tickets are available from http://www.guildtickets.co.uk/GMTG.